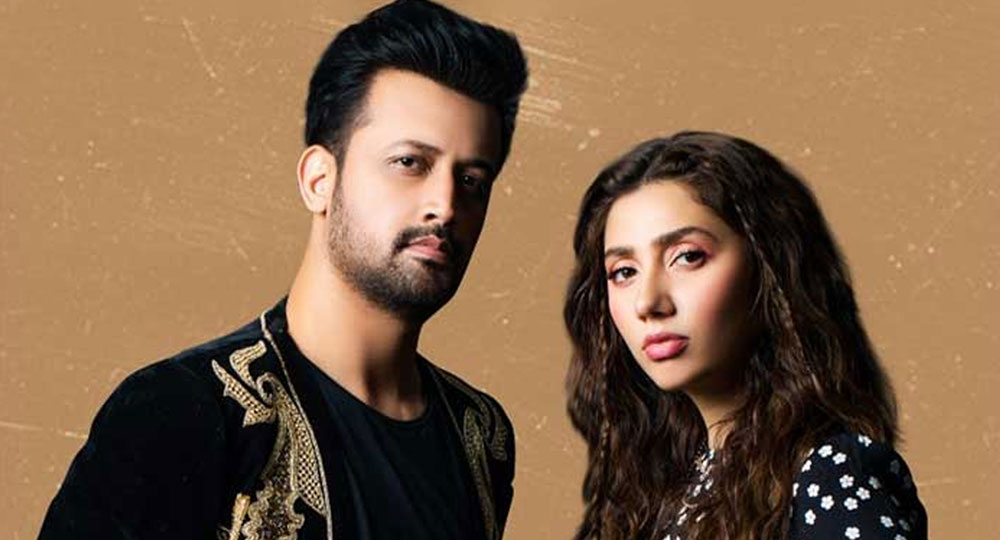 A decade ago we were introduced to the dynamic duo – Mahira Khan and Atif Aslam in the film  Bol, directed by Shoaib Mansoor.


The two decided to join forces again when the debut of their music video Ajnabi was announced with the caption,” Coming together after 10 years”, on Atif Aslam’s Twitter.


The music video is directed by the prodigious Asim Raza with the composer being Ahsan Pervaiz Mehdi.

A survey of the fans showed how much the music video is anticipated. This is their first collaboration in 10 years. Atif teased the song release in a tweet, saying;

“Here’s a lil weekend surprise for all my fans. Enjoy the first teaser of my new song and let me know what you think abt it. & be on the lookout for this song as it’ll be releasing very soon.”


The music video was released on September 25, 2021 and as of now has crossed 4 million views on Youtube.

Ajnabi is a step out of both their comfort zones, it is an electro-pop beat, the visuals portray an RGB club aesthetic where Mahira plays the love interest.


Related: All About Mahira Khan

It’s more on the modern side of eastern music, as the blend of eastern and western can be observed rising in the music industry in 2020.

The Ethnic Study of People of Kafiristan