Pakistan’s children’s literature has a distinct voice, full of wonderful stories about growing up, friendship, and heroism. Foreign critics have sometimes overlooked this important genre. These Pakistani authors wrote a lot of children’s books in English. Here’s a list of some lesser-known ones. Many of the best children’s books in Pakistan are written by new and emerging authors. They should be the focus of English-language readers. Children’s book authors from Pakistan are sure to delight readers of all ages.

Here are six of them, with links to their books:

Following are some of the best children’s authors from Pakistan and the top books they wrote that you’ll definitely want your kids to read:

She has 28 years of experience teaching young people, and she currently teaches logic at a college. She has written for several national publications about topics related to education. Her research interests in studying the intrinsic desires of young and adolescent learners. She’s a successful professional pianist, songwriter, and composer, and her book offers a glimpse of her composing talents. Her current residence is in Dubai with, her husband and children.

The Tale of Little Jimmy 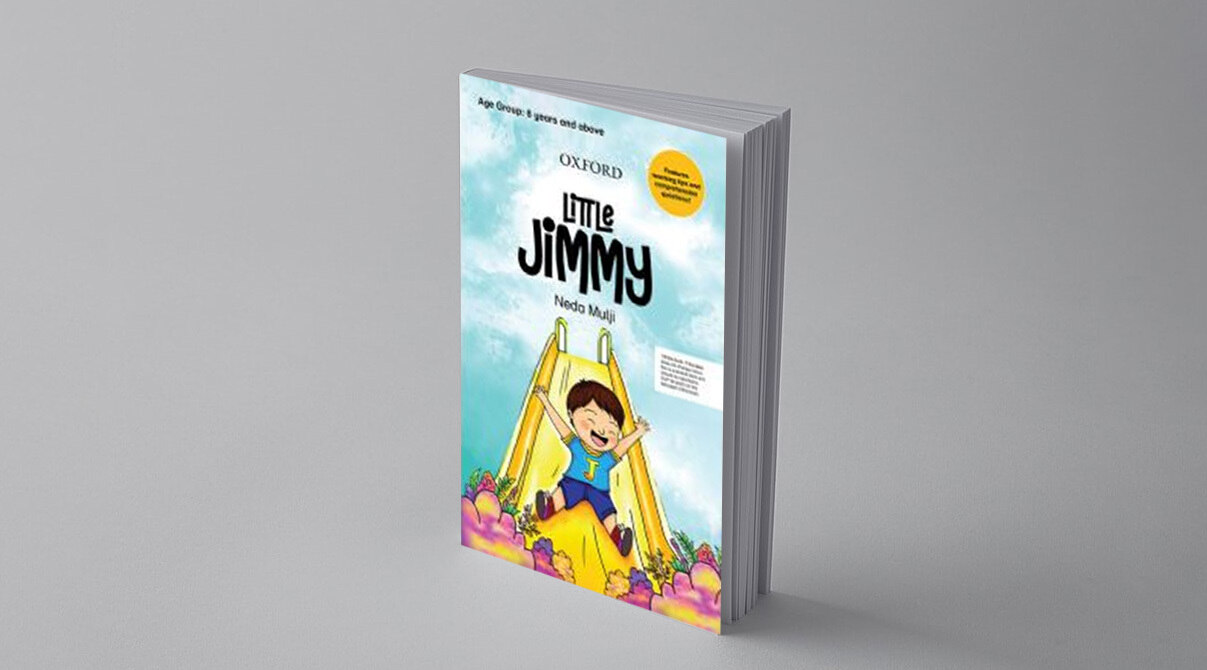 This is one of the best books about children’s modeling behavior. When a child is playing with another kid, he or she may copy that behavior. However, not all copying is good. The story opens with Jimmy going to the park with his nanny, and she has been taking him to the playground. Upon their arrival jimmy notices the children playing on the slides, attracted by the cheers and laughter he tries to copy the other children. He tries his hardest but just can’t figure out how to climb the slide. When his grandmother provides her assistance he rejects it. In this book follow jimmy in learning a life lesson of asking for others’ help.

Related: A Pakistani Cobbler Has Written 5 Award-winning Books on Poetry

She is another great children’s books author cherished by the young readers. Her work is phenomenal and definitely impressive with all those details. She was formerly a Senior Editor at Lahore University of Management Sciences. She’s an English writer whose best-selling series, The Life Lessons, is published by Oxford University. 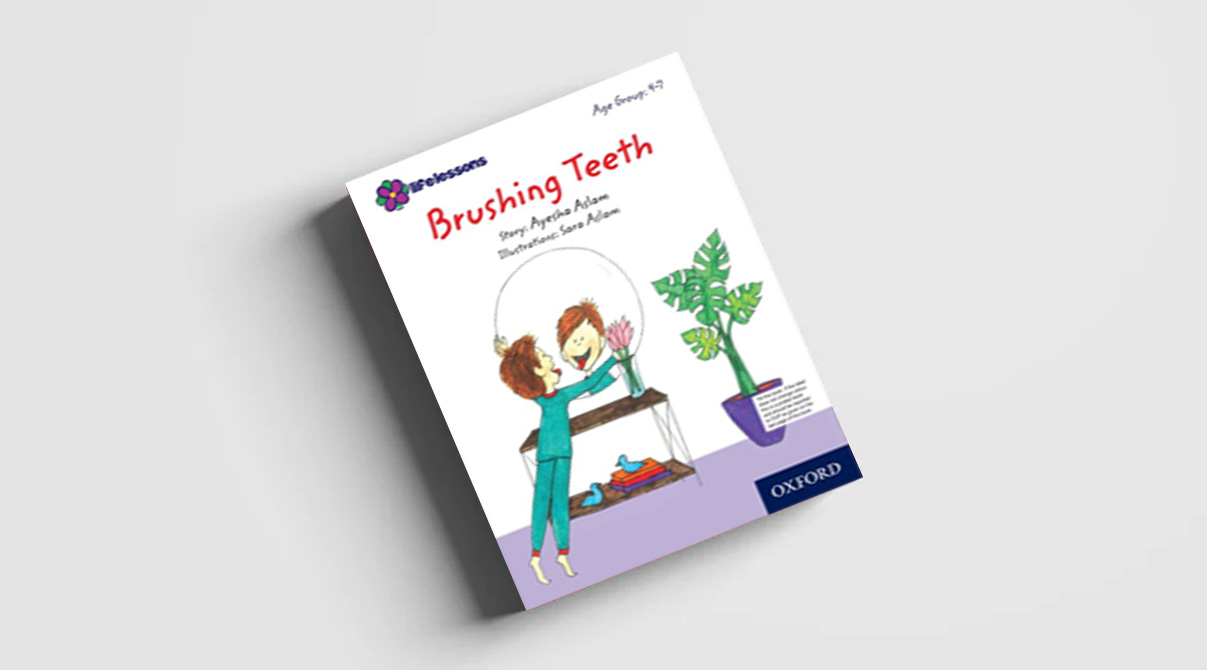 This story follows the story of a child who is unwilling to brush her teeth when she wakes up. Her mother paints a picture for her of what may happen if she does not brush her teeth. Dental care is very important and if you don’t brush your teeth properly you could end up with an unhealthy mouth, causing more serious problems. Be immersed in a mother’s struggle to teach her child the benefits of dental hygiene. 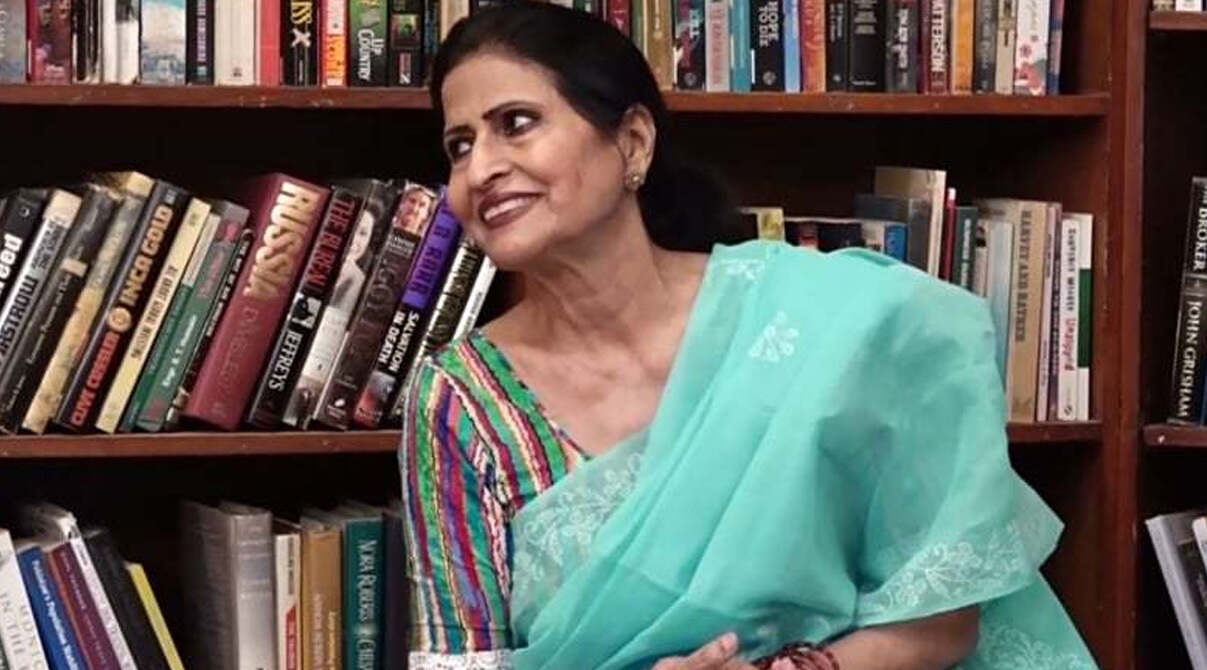 Comedian Imrana Maqsood is the spouse of Anwar Maqsood. She is also a children’s books author and has a wider audience than her husband. She’s written several books in addition to winning three awards from President’s Senior Book Award, National Endowment for the Arts, and the Frommer’s Reader Advisory Board.

There are five motivating stories in this book. You will meet two children and their friend, Peppe. You’ll wonder where she went at first, but soon the stories will be coming in. You’ll learn about them, and watch them as they grow up. They’re going to make the world better. 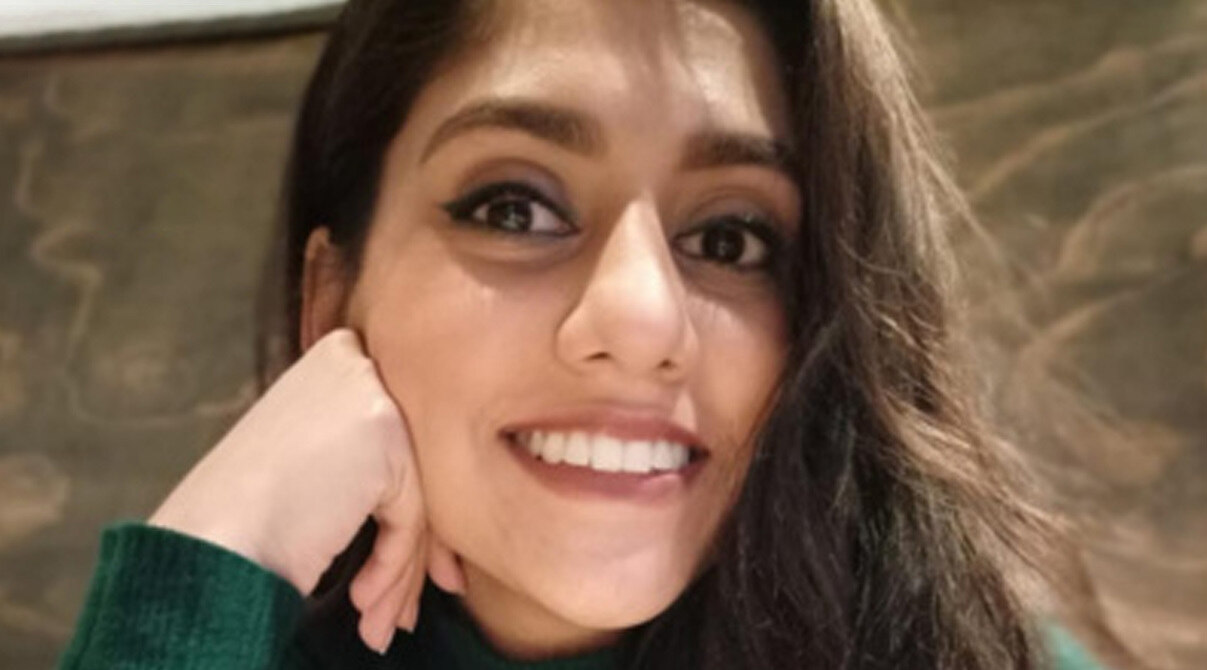 Anjum Ahmed has dedicated her life to educating children, and runs the school she founded in 2004 called The Kids Foundation School. She is the author of the series The Dancing Clothes. She has a special interest in writing and is a great children’s books author. Anjum has given the young readers many good literary treats.

Where is the Green Scarf

This summer, Aamna, and Abdullah have decided to go to the zoo. Aamna is wearing her favorite green scarf, and Abdullah is wearing his hat with his super cool sunglasses. Aamna is at the zoo, and she’s looking for her lost scarf. But when she loses it, she and her best friend, Abdullah, become adventurers. The children, along with their parents and the animals at the zoo, work together to rescue the little boy, and they’re able to do so without getting caught up in the drama because of the fact that they make some clothing adjustments along the way.

A young talented children’s books writer from the city of Mardan, who was murdered under false charges in April on the 13th. During his university days, he wanted to publish a book, according to his father. The author was one of the brilliant students at the university, but he was also a crusader and wanted to cleanse Amb University of Bribery and Inequality. He says that he always clarifies that a false Facebook page is being run in his name to damage his image. 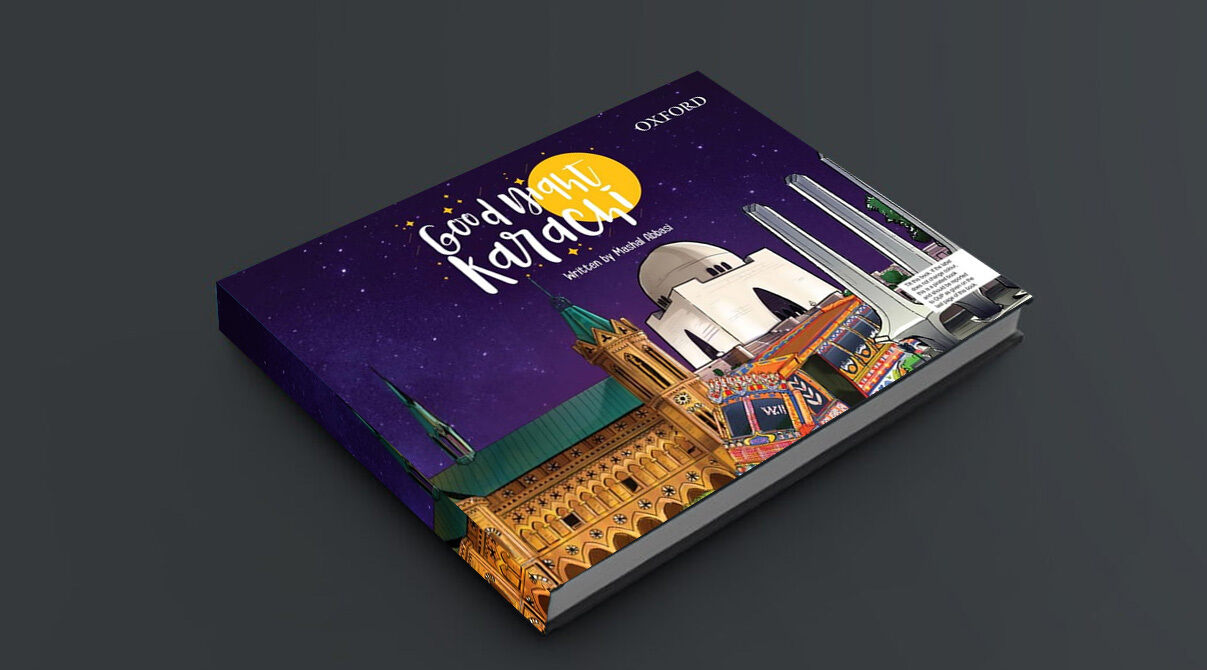 There are many things to see and do in Karachi, whether you’re close to or far away from it. Say goodnight to all the bright places in this amazing city by exploring it using the rhyming text on this postcard. Each significant location in a city is a part of the city’s cultural and historical heritage.

Her mother and father died when she was in high school. At college, she met an American man who helped her get a job. He married her and supported her dream of working as a writer. Her husband now supports her in all her endeavors. Sarah is a well-known children’s books writer. She published a comic book, the title of which speaks about the coronavirus crisis that has had a serious impact on people’s daily lives and their ability to get outside and enjoy time at the park.

Singha F. Sheikh has had a busy career since finishing school. She earned a bachelor’s degree in the social sciences at the London School of Economics, married, and gave birth to a child. This short story will help you celebrate the commencement of your child’s life with joy. Sheikh has a master’s degree from Oxford. Her love of science fiction and children’s books has helped her to get ahead in the multimedia business. The Light Blue Jumper is a novel that takes place in a futuristic world where humans are forced to live underground because of an overabundance of carbon dioxide. The main character has superpowers after he successfully completes a mission to save the planet. 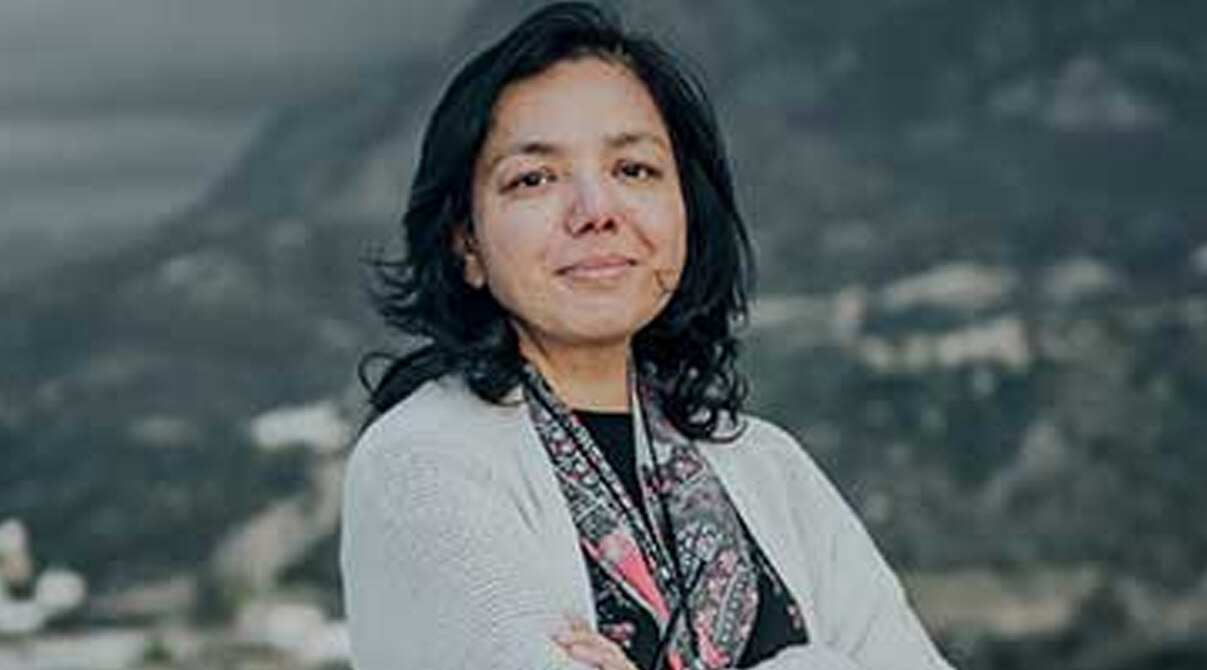 Her emphasis on bringing peace and balance to the world is incontrovertible. Bukhari is a great source of adventure. She documents and shares a selection of sensory suppliers. She loves to document and share experiences. Shema partnered with a publishing company – Daastan, to highlight indie writers for this book and released three more books called Word Choices, The Isle of Sounds, and Words of the Dead. The Earthlings’ book examines the psychology of character flaws and how they respond to them. It’s a great book for anyone who’s looking for some character development inspiration.

This woman is an author who is both innovative and brilliant in creating exciting books. She’s a brilliant artist and published a book in 2018 called “A War Within” with sponsorship by Daastan Publications. She was a drama actress who focused on human rights violations and talented people. Her book was praised for its tremendous acclaim, which led to her motivation for a second book. This is a science fiction book where an author uses aliens as metaphors to explain human traits.

Her work is often full of philosophical themes and she takes a new approach to her work. She also adds to the script with a new angle, which is something she does quite often. She writes about existential issues and uncovers the world through the eyes of her philosophical writings, including novelty to her work, she takes the script to a new level by addressing herself in the third person. Her very first book was The Damsel in Distress where she recounts two different women’s personal stories, that of a call girl and an honest middle-class feminist.