Certain music takes you from the physical attributes of the world to the divine truth. Qawalli is one such genre. It provides a medium to achieve spiritual satisfaction. That is the reason it leads to the heart. Listen to the qawalli of legendary Nusrat Fateh Ali Khan, most of it based on the mystical poetry of sufism. The rhythmic melodies with handclaps develop the connection of the heart with the divine. Let’s talk about the Qawaal Bachay.

You will find great names to mark the history of qawalli. Farid Ayaz and Abu Muhammad are the last two dinosaurs of the clan known as qawaal bachay. These qawaal bachay follows the principles of Khusravi qawalli. Hazrat Amir Khusrau established qawaali in its contemporary shape and form. In this article, we will talk about the history of qawaali. We will discuss the manner in which the disciples of Hazrat Amir Khusrau are retaining this art. 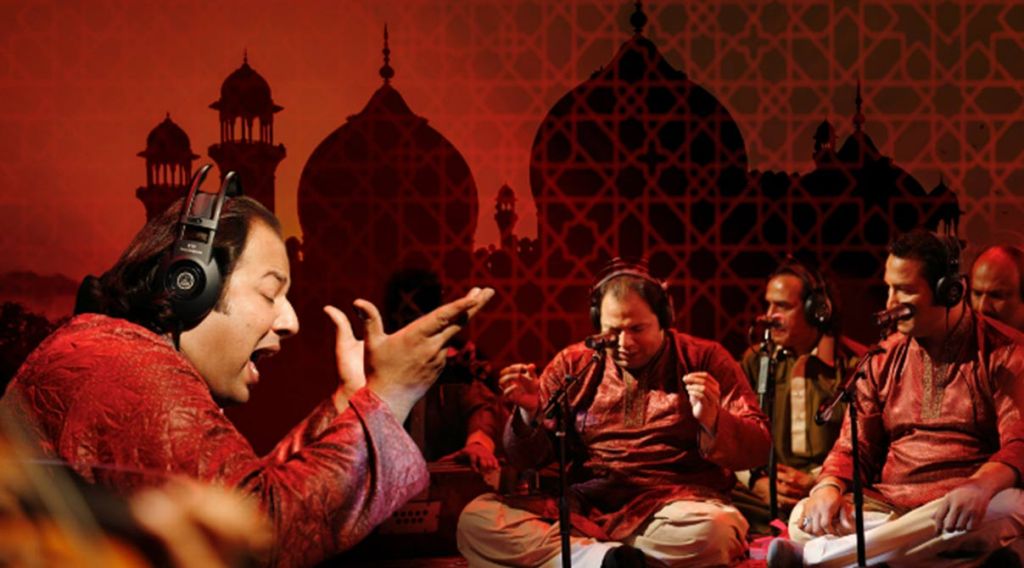 Qawaali verses are rhythmic and sung to achieve transcendence. This practice has existed for more than three thousand years. It got refined with the passage of time. Also, this happened by either zikr or the practice of praising the creator. Furthermore, religious excerpts are also part of the invocation. It helps to achieve transcendence among qawaals and their listeners.

Related: Exploring The Significance of Dance in Sufism 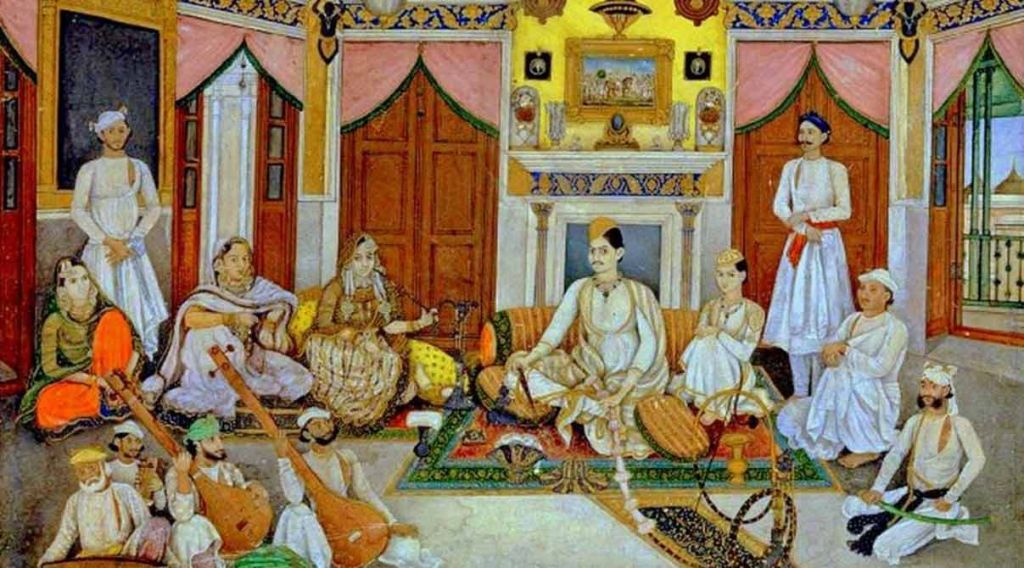 The art has undergone several transformations. One form qawaali that originated in South Asia is Samaa. It originated in Mayhana and from that point onwards, it gained attention across Asia. in the tenth century. One of the fundamental traits of this form of qawaali is augmenting several forms of art. This includes gestures of praying, recitation, dancing, and singing. The motive behind all these art forms is mysticism to connect with the Divine truth. 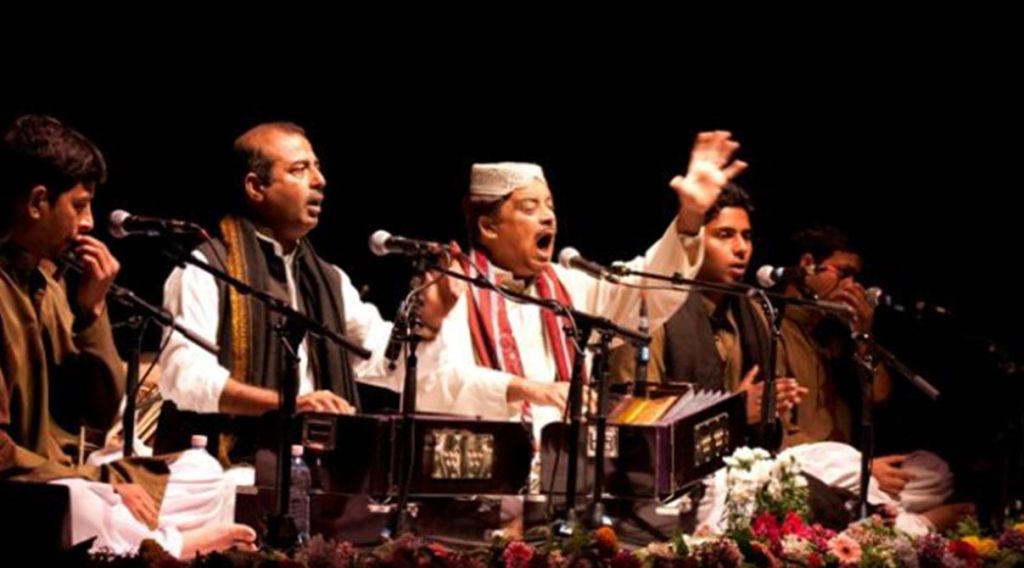 Qawaali started to become voice of Islam soon. It reached its peak when mystics, philosophers, scholars, and saints moved towards Asian peninsula. Polytheists started to embrace the religion of Islam. They were earlier never provided access to education in their previous religion. The rhythms were not only appealing but also carried a message from the divine. It was creating a direct link between the creator and its creations. The untouchable shudars and dalits were the castes which found an access to divinity. They started this journey by listening to qawaali and were ready to embrace Islam.

Qawaali in its most refined form was structured by Hazrat Amir Khusrau. A historical narrative is often quoted to elaborate the worth of Qawaali. Amir Khusrau introduced this format. The Sultan of Deli, Alauddin Khilji was presented with 28000 verses of sanskrit by a pandit Gopal. Sultan and his courtiers were perplexed as they were unaware of the Sanskrit language. They took the aid of the renowned sufi saint of that time Hazrat Nizamudin Auliya. He appointed Amir Khusrai. He had to come up with a comprehensive response to the verses presented by pandit Gopal. To his surprise, the rhythmic reply of Amir Khusrau was very influential. Even the pandit Gopal immediately got submissive. After hearing it, he admitted his defeat before Amir Khusrau. 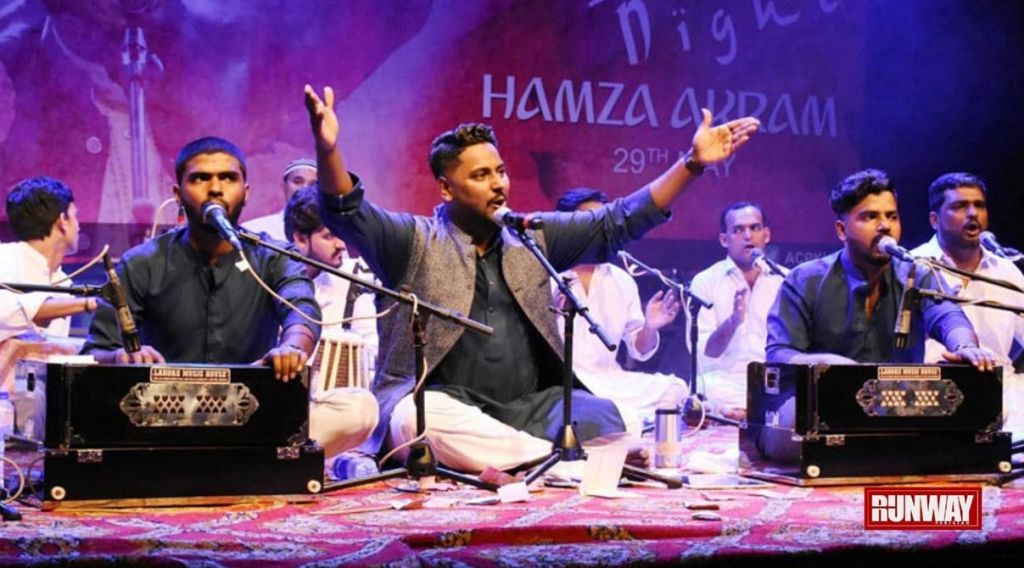 Amir Khusrau trained a fraternity of 12 young musicians. He wanted them to learn about the proper execution of formalized rules. After the proper education of this group, Amir Khusrau appointed Samat Bin Ibrahim. He arrived as the leader of these twelve maestros. The group was popular as Qawaal bachay. They practiced and performed taal, raag and all the other art forms taught by Amir Khasrau.

The teachings got passed on among the generations. It reached the two legendary children of Munshi Raziuddin Qawaal. The names of these sons were Farid Ayaz and Abu Muhammad. These two have marked their names in the history of Khusravi Qawaali. They have done so by their outstanding performance in different parts of the world.

One of the influential traits of their qawaali is the inter subjective poetry. In their own words, they try to capture different domains within their qawaali. Also, they do this so that a multicultural and multi linguistic audience may find it appealing. Their rhymes and rhythm blend with mysticism. If you  listen to the poetry used within their qawaali, you will find the influence of Iqbal and Rumi. This style contains their deep thoughts lying at the foundation of their qawaali.  We tend to find poetic, religious, philosophical and spiritual elements at the core. 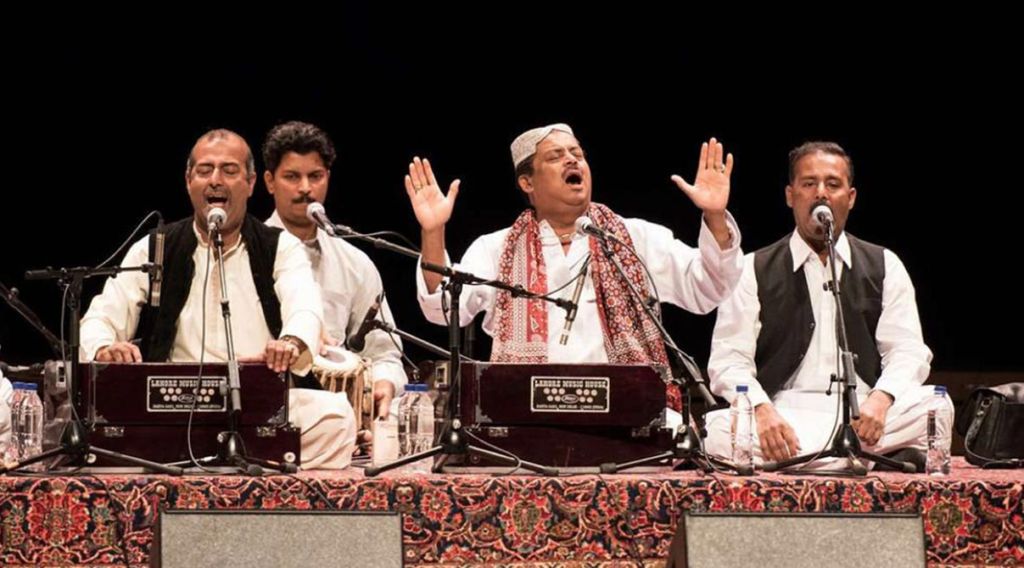 The rigorous training was a part of their lives from the start. These legendary qawaals became the winners of the President’s pride of performance award. Also, their own father made these two maestros an expert of raag and taal. Their music, poetry, rhyme and rhythm stands supreme when compared with the others. Farid Ayaz and Abu Muhammad have received other distinguished awards from the government. They have given outstanding performance in Iran, Egypt, Morocco, UK, USA, and Turkey.

The two have taken this as a great moment of pride. They are happy to represent their identity, customs and traditions in front of the world. Another prominent attribute of their qawaali is the integration of modern equipment. The basic intent is to gain the attention of youth. Currently, the youth is more oriented towards the instrumental melodies and rhythms. The two legends quote several incidents where the young audience requested songs. These requests were then performed and sung by Abu Muhammad and Farid Ayaz. The two brothers have a sound command over genres such as dadra, thumri, tarana and dhrupad.

We should appreciate how the two legendary singers have promoted their legacy. Because they have tried their best to keep this form alive. This passion is unfortunately not found in the upcoming younger generation. Many people expect an upcoming end of this unique art form. Which is why the world calls these two brothers the dinosaurs of Khusravi qawaali. We hope that this is not true. Let’s listen to their music and explore their uniqueness. We should encourage this art form more. Because this is one way of protecting our unique heritage.

Top Affordable Vehicles in 2021 in Pakistan