Smartphones have changed the way we communicate and type messages. Now we can type in a variety of languages with just a few clicks. Google Gboard is an app that makes typing in different languages easier than ever. And now with its Roman Urdu feature, Urdu enthusiasts and Urdu speakers can easily type in Urdu.

Whether you are using it for writing text messages, emails, or posting on social media, Google Gboard’s Roman Urdu feature is the perfect solution for typing Urdu. Explore this amazing feature in this article. 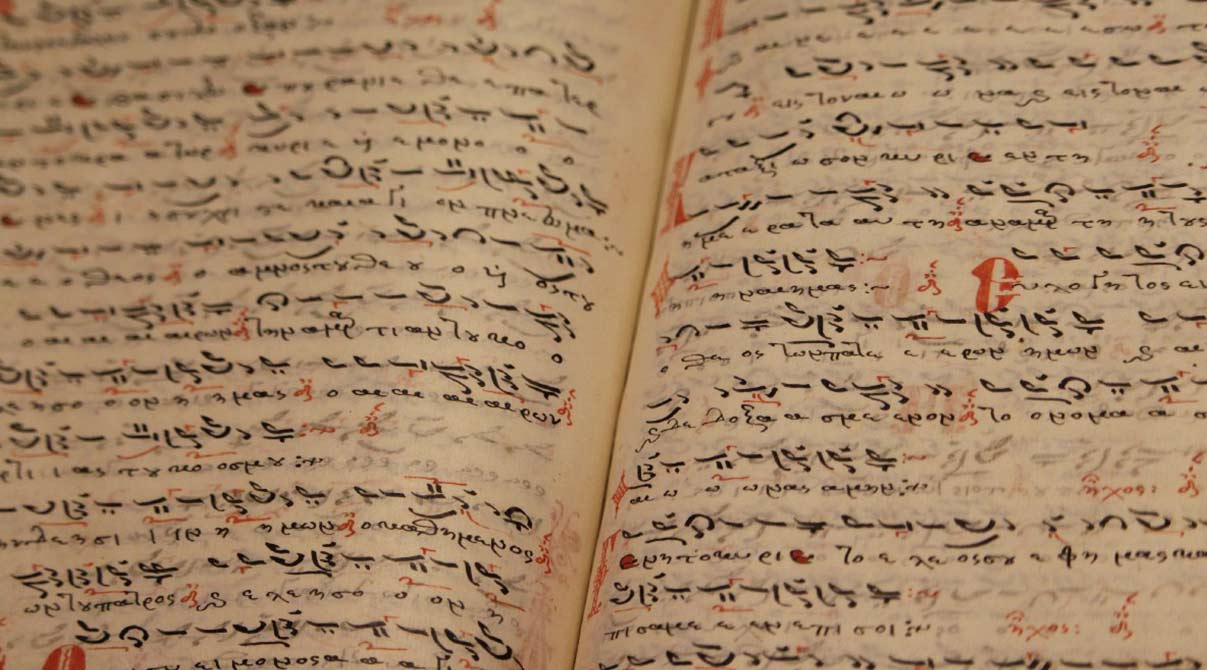 The Urdu language is one of the most widely spoken languages in South Asia and is an official language of Pakistan. It belongs to the Indo-Aryan group of the Indo-European family of languages and has its roots in Sanskrit, Prakrit, and Persian.

Urdu has had a long history, having been used and developed by both Hindu and Muslim rulers throughout India over centuries. Its name literally translates as “army” or “camp” in many dialects, indicating its military origins. Today it is not only used as an official language but also as a literary medium which continues to grow in popularity amongst writers all over South Asia.

The Urdu language is a rich and complex language. It is the mother tongue of millions of people, primarily in Pakistan and India but also in other countries across the world. Urdu speakers are found not only in their native homeland, but throughout Europe, North America and beyond.

Urdu has its roots in Arabic, Persian and Turkish languages and shares many characteristics with Hindi. This makes it uniquely placed to capture nuances that might otherwise be lost between culturally distinct communities who speak different languages. The use of Urdu as a bridge between cultures means that it is also seen as an important part of preserving cultural heritage among immigrant communities living thousands miles away from home.

Today, Urdu continues to thrive as one of the most widely spoken languages on the Indian subcontinent. The Urdu literature is rich with poetic works such as ghazals, qasidas, marsias and rubais that are both meaningful yet melodic at the same time. Many people love to share it with their friends and loved ones.

Urdu Typing is an important part of writing, communicating and expressing in the Urdu language. It is the process of typing text in the Urdu language using a computer or typewriter. This allows users to type with ease and accuracy and helps them communicate their thoughts more effectively.

Typing in Urdu has become much easier now thanks to technological advances. There are various software programs available that allow users to type in Urdu, such as Microsoft Word and Google Docs. These programs also come with features that help make typing easier, such as auto-correction and spell checker tools. Additionally, there are keyboard layouts specifically designed for typing in Urdu. These can make it even simpler for users to type accurately without having to learn a new layout or alphabet. 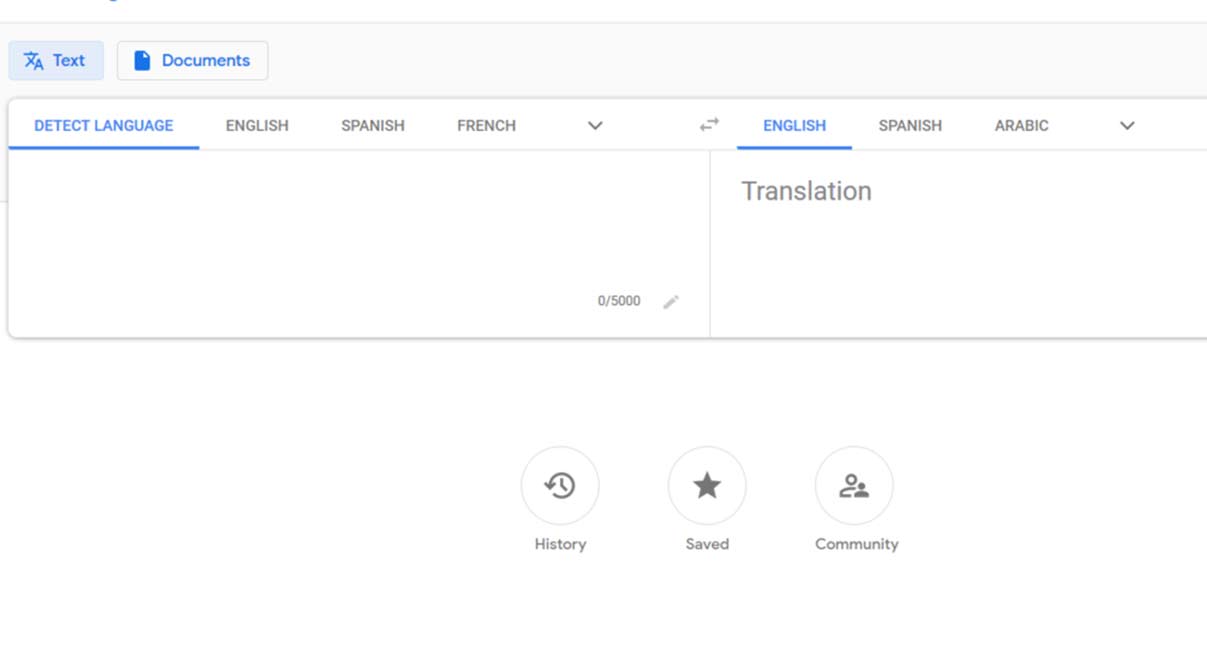 Typing in Urdu can be a daunting task for even the most advanced computer users. The language itself is complex and is not found on all computers. Hence, making it difficult to find a suitable computer program or keyboard layout that can support the language. In addition, there are further challenges of online Urdu typing. This is due to the fact that this type of writing does not always fit into standard English keyboards. This makes it even more difficult for those who do not have experience with the language.

The most common challenge associated with online Urdu typing is the lack of familiarity among users with the language itself. Although there are several tools available to aid and support users when they type in Urdu. Most users don’t have experience or expertise within the language to create accurate text. Additionally, finding reliable sources for fonts that can be used for online Urdu typing can be difficult. This is due to a limited availability in certain areas or countries.

Another challenge of online Urdu typing is that an exact match cannot be achieved when using an English keyboard. It means that certain letters and symbols used in Urdu cannot be replicated accurately or quickly on some keyboards. Consequently, many users find it hard to create perfect text.

Finally, deciphering complex words that contain both Romanized as well as Arabic letters can require immense time and effort from typists. However, most typists may lack resources or training related to this task.

What is Google Gboard? Your Guide to Getting Started 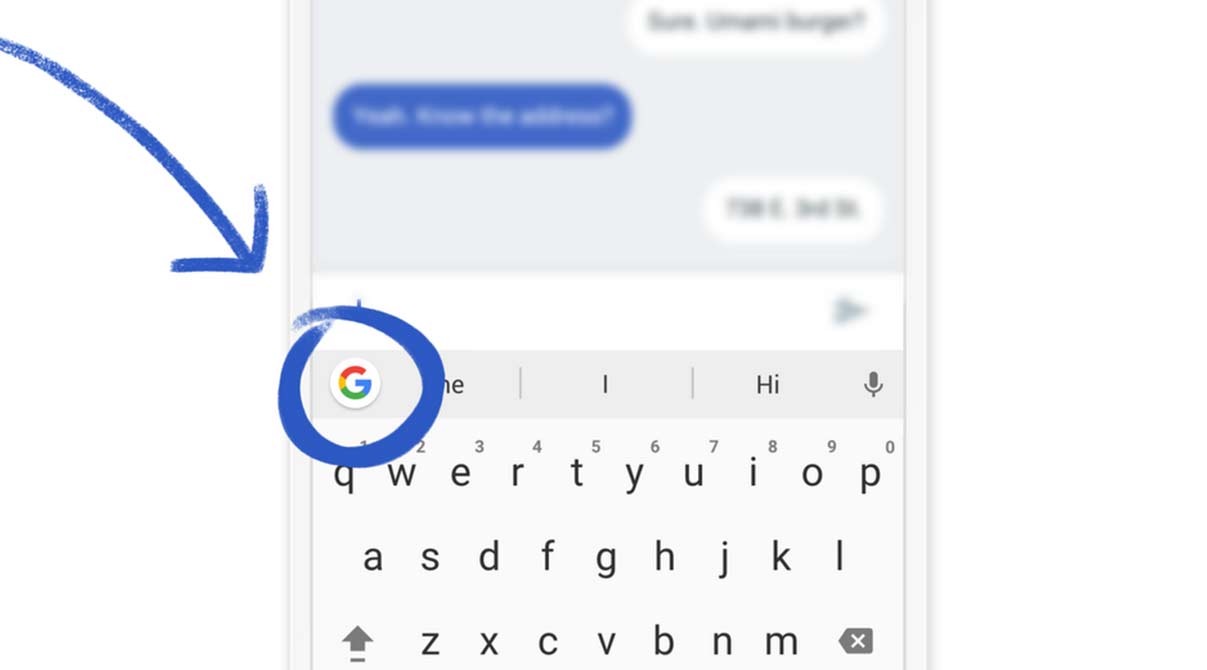 Google Gboard is a feature-rich virtual keyboard app developed by Google. It was first released in 2016 and is now available on both Android and iOS devices. Google Gboard is the latest innovation from Google, a powerful keyboard for your mobile device. It allows for easier communication and faster typing due to its intuitive design. With Gboard, users can access the power of Google directly from their keyboard with just one tap.

Gboard features many helpful tools such as a built-in search engine, GIFs, stickers and auto-correct. All of these work together to provide an improved user experience. Additionally, it also includes support for over 200 languages. It also provides quick access to personalized recommendations such as contacts, emoji and more. Finally, Gboard ensures privacy with its encryption technology. Thereby, it prevents third parties from reading your personal messages or data.

Google Gboard brings together the convenience of typing with the powerful features of Google Search. The key features include an integrated search engine, glide typing, instant search results, GIFs & emoji searches and voice dictation capabilities. With Google Gboard you can do everything from searching for restaurants to finding information about a movie, all without leaving your keyboard.

In addition to its virtual keyboard capabilities, Google Gboard also includes other useful features such as personalized themes, custom stickers and sharing options that make it easier than ever to communicate with friends. Whether you’re using it for texting or for everyday tasks like writing emails or shopping online – Google Gboard makes things simpler and faster than ever before!

Overall Gboard is a great tool that has revolutionized mobile texting by bringing new features designed to make it easy and efficient to type on any device.

What is Gboard’s Roman Urdu Feature?

Gboard’s Roman Urdu feature is a new and innovative way to type in the Urdu language. It allows users to switch from traditional Urdu keyboards to Romanized keyboards with just one touch, eliminating the need for complex typing methods. With Gboard’s Roman Urdu feature, users can now type entire sentences using only the English alphabet and have it automatically translated into their native language.

This feature has made it easier for people to type in languages like Urdu, Hindi, and Punjabi. The feature allows users to easily switch between the Latin alphabet and one of these languages with a simple click. This makes it easy to write messages and emails in the language of your choice.

The Gboard Roman Urdu feature provides an intuitive way for users to compose text in any language without having to use a special keyboard or software. It’s also useful for those who are not familiar with specific symbols or characters that may be used in some languages. By using the Latin alphabet, you can still construct sentences that make sense by using words from both English and the target language. This eliminates the need for complex scripts or character sets that often confound new learners of non-Latin based languages.

This feature makes it easier for people who are not familiar with the Urdu language to communicate with those who use it regularly. By simply typing out words in Roman characters, users are able to get an accurate translation of their message instantly. Furthermore, this feature also enables people who do not know how to read or write in Urdu quickly learn how by seeing translations appear as they type each word in English letters.

How to Activate Gboard Roman Urdu? 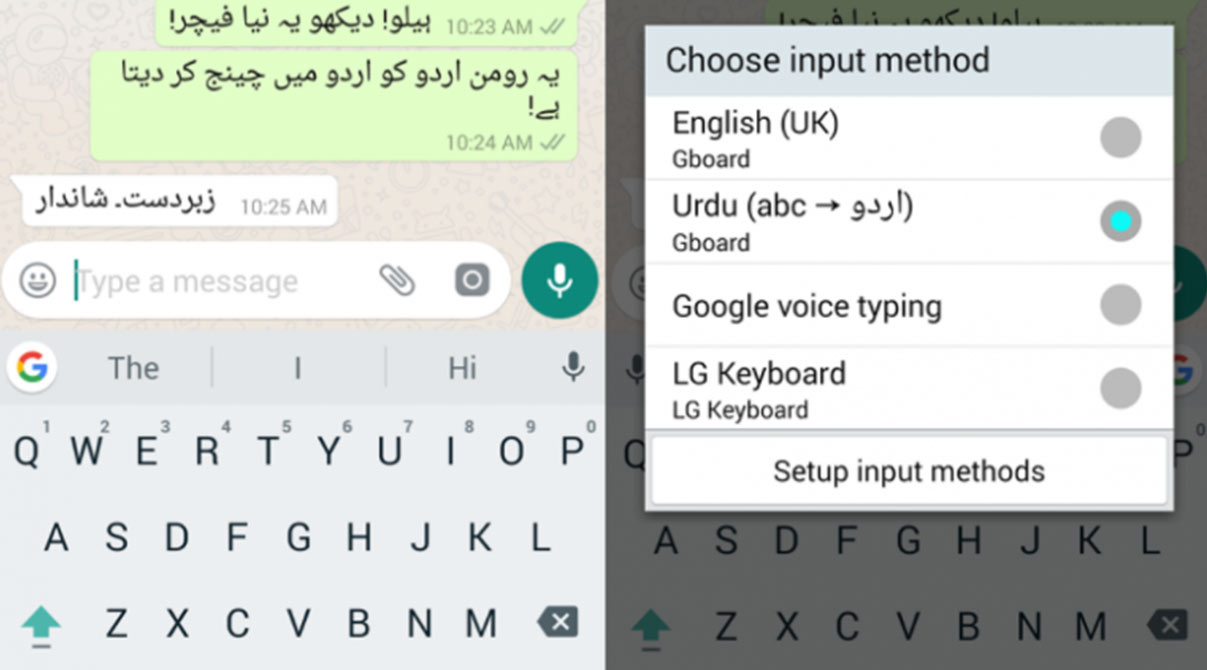 If you’re looking to use Gboard in Roman Urdu but don’t know how to activate it, follow this guide for easy steps on how to do so!

You are now all set to type your Urdu script without having to worry about anything. Just type in Roman Urdu and get your text converted to Urdu font automatically.

Pros and Cons of the Feature 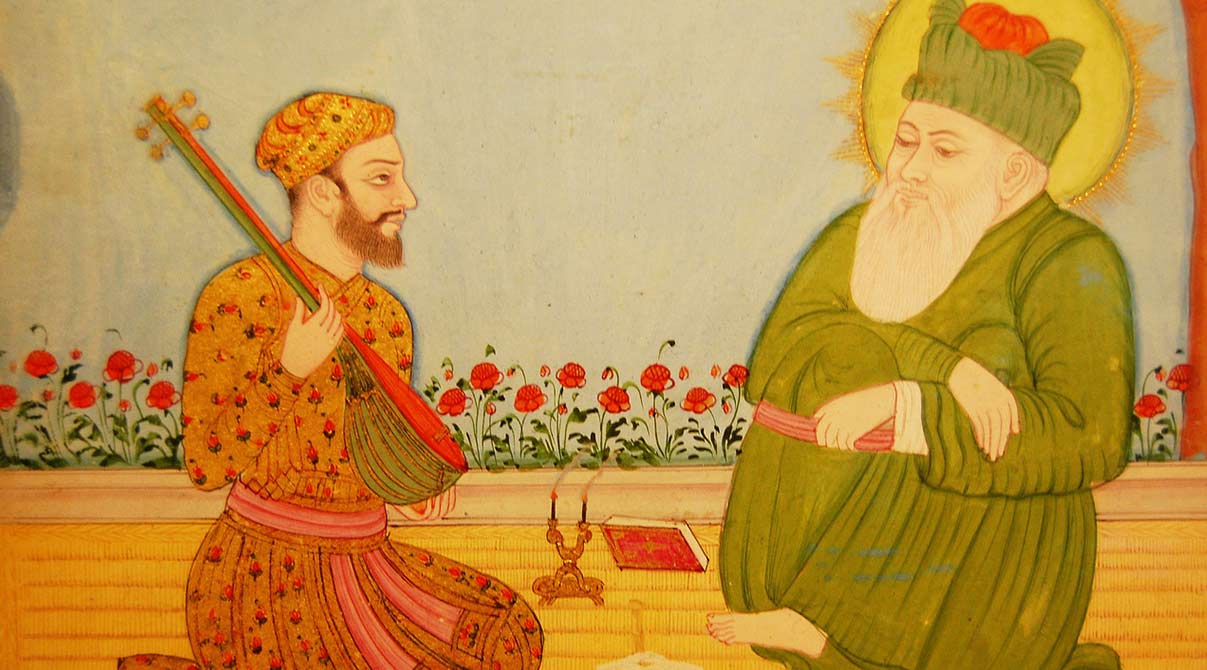 Since its launch in 2017, Gboard Roman Urdu has been an incredibly popular keyboard application for Android phones. This keyboard provides users with enhanced language support and a range of features designed to simplify writing in Roman Urdu. With Gboard there are several advantages that people can experience when typing in this language.

The primary benefit of using Gboard is the ability to quickly switch between languages, allowing users to seamlessly transition from English to Roman Urdu and vice versa. Additionally, Gboard has advanced auto-correction capabilities which can save time while typing by automatically correcting typos and misspellings. The spelling suggestions provided by the app also help users find the right words quickly and easily. Gboard also offers various other features such as text prediction, voice input, emoji support and more that make writing in Roman urdu easier than ever before.

While Gboard has provided users with an easy and convenient way to type in Urdu, it is not without its drawbacks.

For one, Gboard does not provide support for Unicode characters which are essential in writing accurate Urdu scripts as they contain diacritics marks above or below some letters. Another issue with this application is that it doesn’t take into account certain dialects of the language; therefore certain words can be composed differently depending on which dialect a person speaks. Moreover, Gboard also doesn’t recognize more complex letters like those with long dots or diacritics marks that differentiate between words that may have similar spellings but different meanings when used properly.

In conclusion, Gboard’s Roman Urdu feature is a revolutionary advancement in the usability of Urdu on digital devices. It has made writing and typing in the language far easier for people who use it as their first or second language. This new tool helps users to type accurately, quickly, and easily with its customized layout and optimized keystrokes. It also uses predictive text to provide suggestions that enable users to be more efficient with their writing.

I Know Japanese; 17 Things Every Pakistani Otaku Can Relate To

How to Use Nadra E-Sahulat?