Top 10 Heroes of Pakistan Every Pakistani Must Know About

hereforeHeroes have a vision and remain steadfast in achieving their goals and objectives. They all pass through some difficult phases in life. Their stories tell us not to lose hope under similar circumstances. Heroes are always admired for their humility and courage. They surpass all problems and carve a great future. As a result, they remain unique from the rest. They become a source of guidance for others. Here is our list of the top 10 heroes of Pakistan, which every Pakistani should know:

Let’s learn about the contribution of these Pakistani heroes. 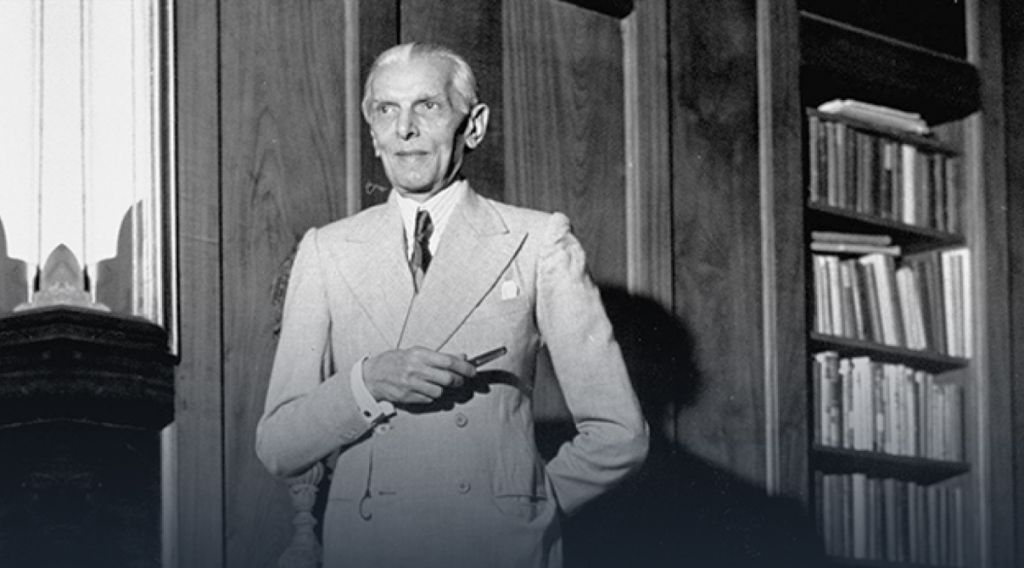 Our top hero is the father of the nation. His name is Quaid I Azam Muhammad Ali Jinnah. Pakistan came into existence because of his efforts. He was born on December 25, 1876.

Muhammad Ali Jinnah completed his training as a barrister from London. From the start, he became a part of the Indian National Congress. He had a profound interest in national politics. He wanted to see Hindu and Muslims united. For this purpose, he did a lot of negotiations between the two communities. As a result, he became the ambassador of Hindu Muslim unity. With the passage of time, he realized that the Hindus wanted to establish their own rule. So, he left the Indian National Congress. After that, he started working towards a separate Muslim community. He joined the All India Muslim League.

His efforts helped in the creation of the idea of Pakistan. On 23 March, the famous Pakistan Resolution was passed. It laid the foundation of our country after the exit of British rulers. Quaid-e-Azam was the first Governor-General. He passed away very soon and was laid to rest in Karachi on September 11, 1948. Like him, we should continue our efforts to make our country better. These contributions make him top of the list of heroes of Pakistan. 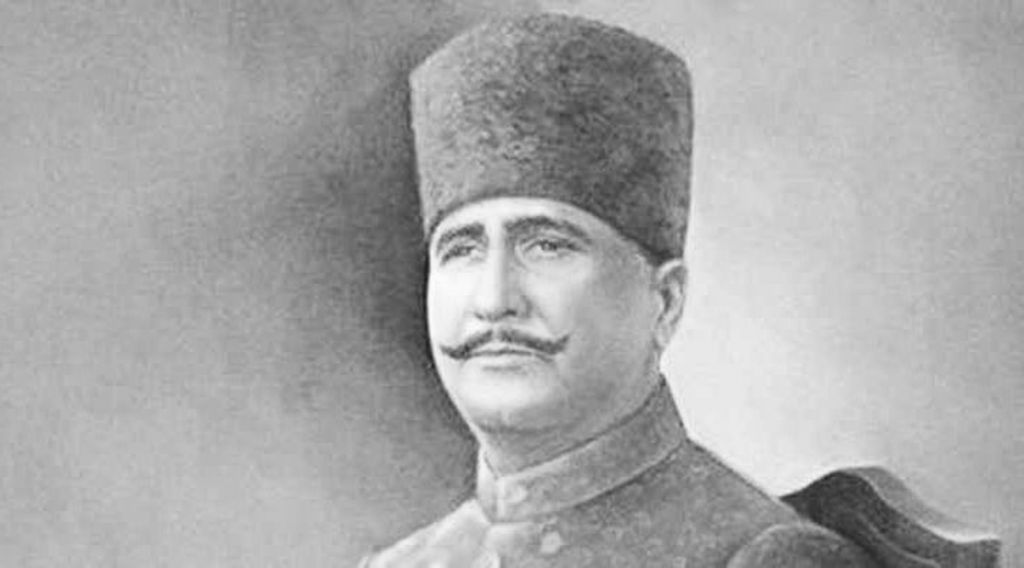 Our next hero, in the heroes of Pakistan list, is a visionary. He is known for his famous address at Allahabad. Yes, he is Dr. Muhammad Iqbal.

Born on November 9, 1877, Sir Muhammad Iqbal was a poet, writer, and philosopher. Iqbal presented the ideals of Indian Muslims. Through his poetry, he shared the teachings and principles of Islam. Moreover, his vision of a separate homeland motivated the Muslims to go. He graduated from the University of Cambridge. After that, he completed his Ph.D. at the University of Munich.

He devoted his life to writing for the revival of Islamic civilization. His famous lectures are an example for the young Muslims of the subcontinent. They help them realize their actual potential and their roles to perform as a nation. His writings revived the spirits of Indian Muslims. His motivation resulted in a struggle. The end result of this effort was with the existence of Pakistan on the World Map. Iqbal is a remembered hero of Pakistan. He is also known as the national poet of Pakistan. 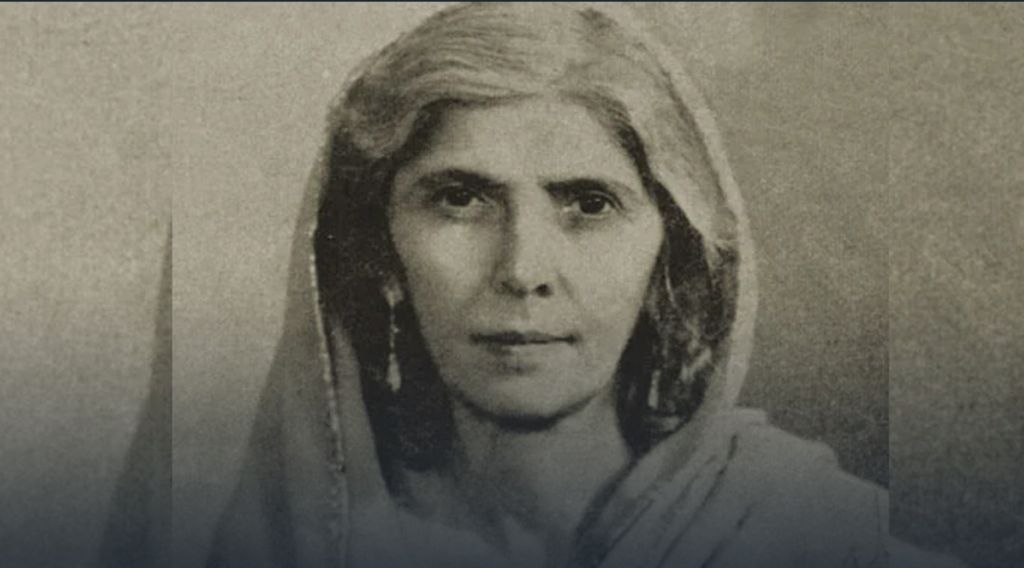 In this list of heroes of Pakistan, Fatima Jinnah comes next. She was a strong advocate of the Muslim homeland. The great lady stood by her brother Muhammad Ali Jinnah in good times and bad times. She knew that it was next to impossible to meet rights for the Muslims in United India. That is why she promoted the Two-Nation Theory.

She was also the first lady dental surgeon of India. She completed her studies at the University of Calcutta.

In her support for the Indian Muslims, she co-founded Pakistan Women’s Association. This organization played a significant role in settling all Muslim women. These women had migrated from India to settle in Pakistan. She kept them motivated to safeguard the future of forthcoming generations. Her endeavors have won her the title of Mother of Nation. She is also known by the name of the Lady of Pakistan. 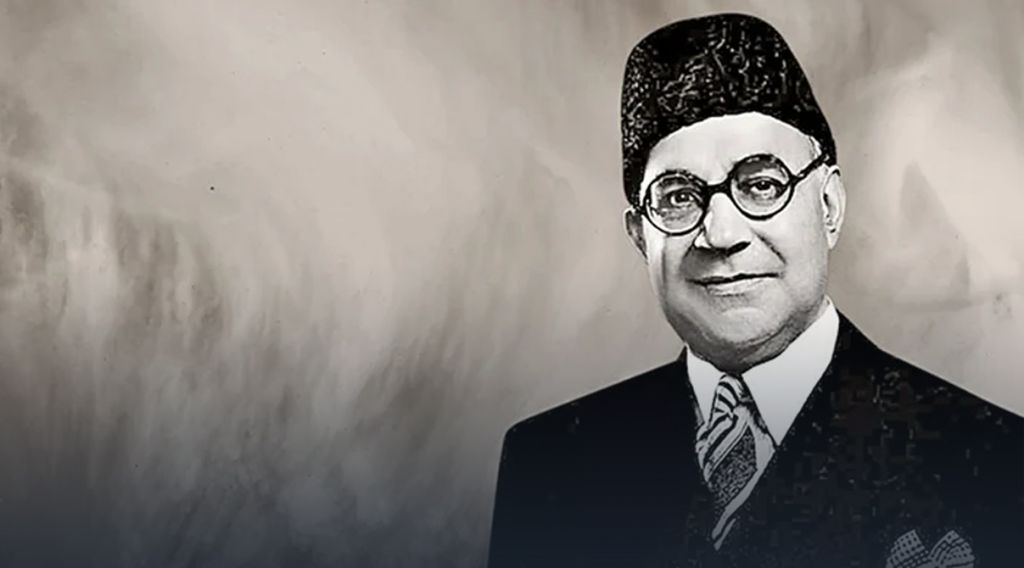 The next hero in our list of renowned heroes of Pakistan is Liaquat Ali Khan.

He was also the first Prime Minister of the country. He gave his contribution as a statesman, a political theorist, and a lawyer.

He is acclaimed for all his contributions to Mr. Jinnah. He struggled for a separate homeland of the Indian Muslims.

Liaquat Ali Khan lost his life as soon as he became the Prime Minister. He got murdered while addressing a political rally. The great hero served as the defense, interior, and foreign minister of the country. Due to his efforts, he was called the Leader of the Nation. Moreover, he is known as Martyr of the Nation too. 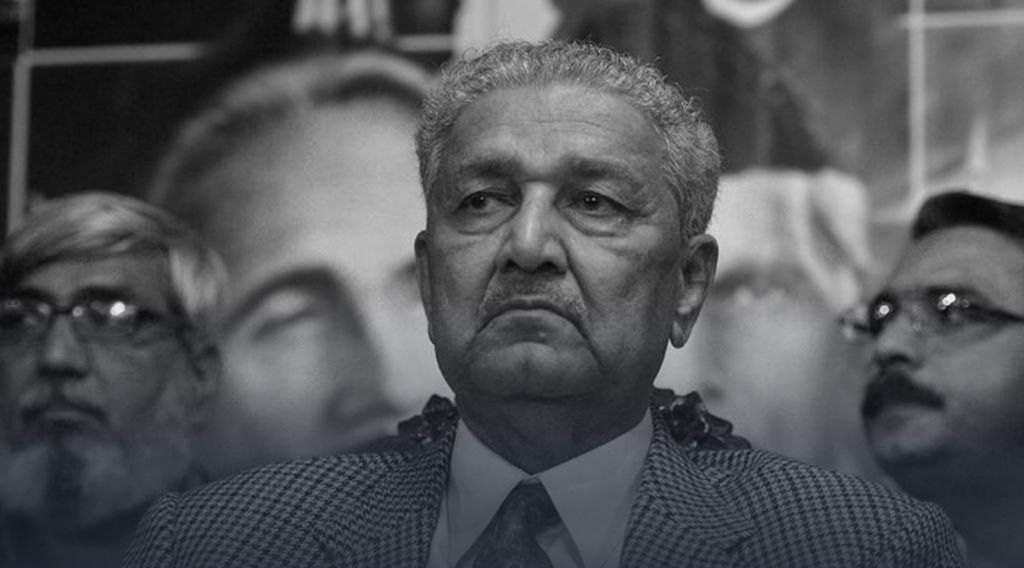 Our next hero in the list of heroes of Pakistan is known as the father of Pakistan’s Nuclear Bomb.

Dr. Abdul Qadeer Khan is a renowned Pakistani nuclear engineer. His efforts established a balance of power between India and Pakistan. The great scientist graduated from the University of Karachi in solid-state physics. He devoted his life to developing the country’s own nuclear weapon. His main motive was to guard the state against any kind of potential threat.

His efforts resulted in the establishment of Khan Research Laboratories in 1976. There, A. Q. Khan led a team of scientists to establish Pakistan’s nuclear program. The struggles resulted in a series of 5 tests carried out on May 28, 1998. This test verified that Pakistan was also a nuclear power. He was awarded many awards because of his efforts. His scientific knowledge saved the nation from future threats. The country salutes this hero for his efforts. 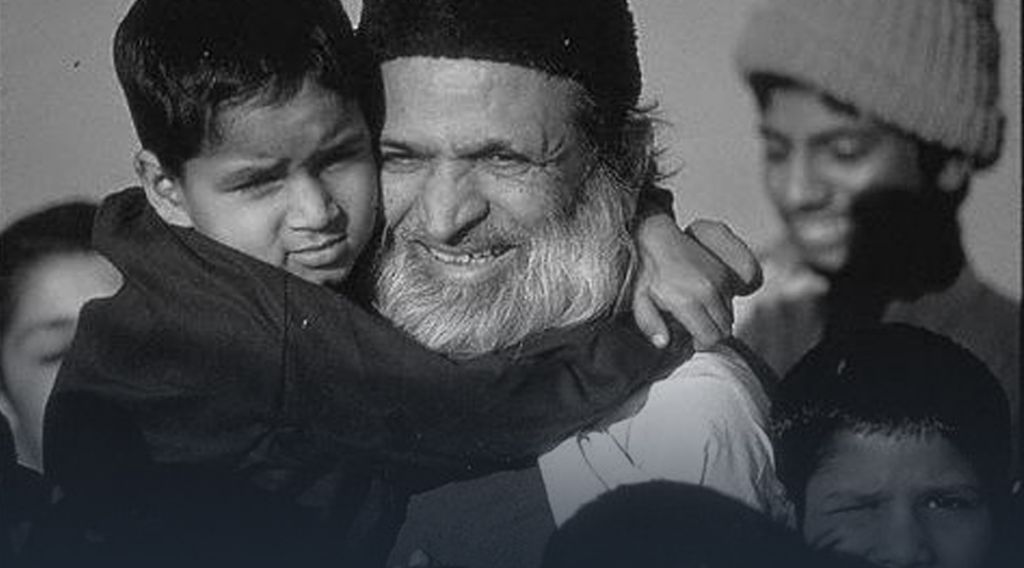 If you aim to help the poor, follow the path of Abdul Sattar Edhi. He is one of the great heroes of Pakistan, the founder of the Edhi Foundation. For a long time, this organization has been serving humanity. This organization provides rehabilitation centers, orphanages, and shelters. The place is a safe space for all those in need. It helps save lives in so many different ways.

After the death of Edhi, his son Faisal Edhi is running the organization. This organization is running the largest ambulance network. Donations were collected from individuals and companies. The Pakistani nation appreciates this hero. 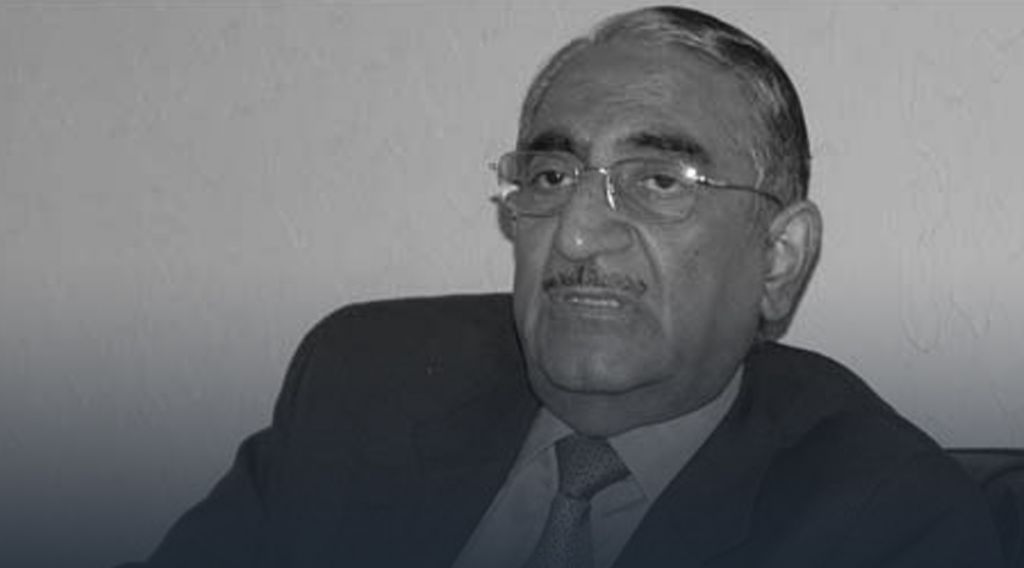 Another renowned nuclear physicist, among the heroes of Pakistan, is Dr. Samar Mubarakmand. The world recognizes his contribution to the field of physics and accelerators. He played a key role in developing the Missile program of Pakistan. He helped in different nuclear experiments as well. Hence, his research and exceptional contribution to Pakistan make him a hero. 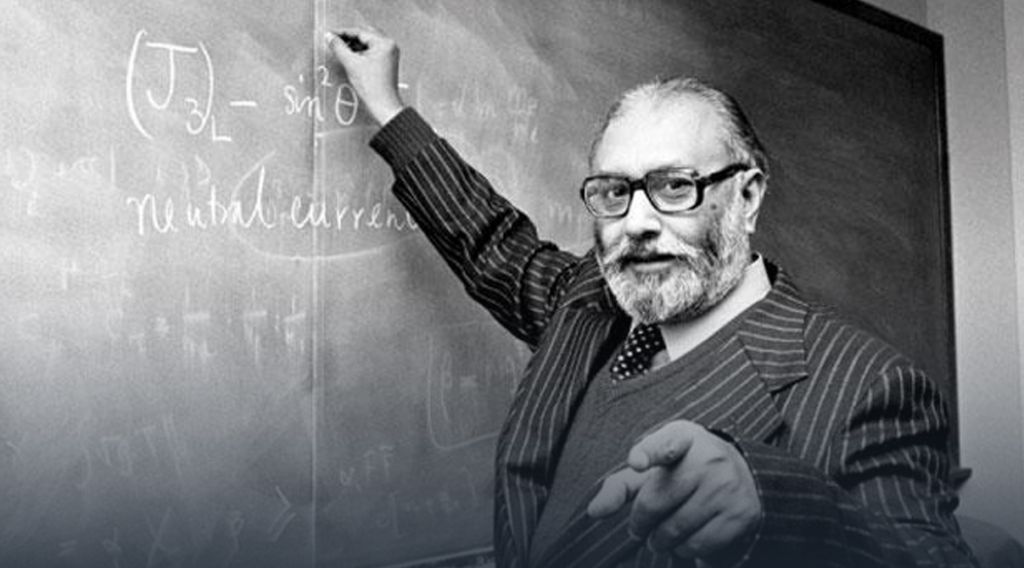 Our Pakistani heroes are not behind winning the Nobel Peace Prize. Dr. Abdul Salam is the only Pakistani theoretical physicist who has won a Nobel Peace Prize. He was the first person from Pakistan to be ever nominated. The great hero was awarded for his work in the electroweak unification theory.

Dr. Abdul Salam is the only Pakistani to have won a Nobel Prize in the domain of science and technology. He shared the Nobel Prize with two other foreign scientists.

Dr. Salam enhanced the country’s scientific infrastructure. He was the advisor to the Minister of Science and Technology and the founding director of the Space and Upper Atmosphere Research Commission. Salam gave theories on black holes and stars as well. The nation salutes this hero. 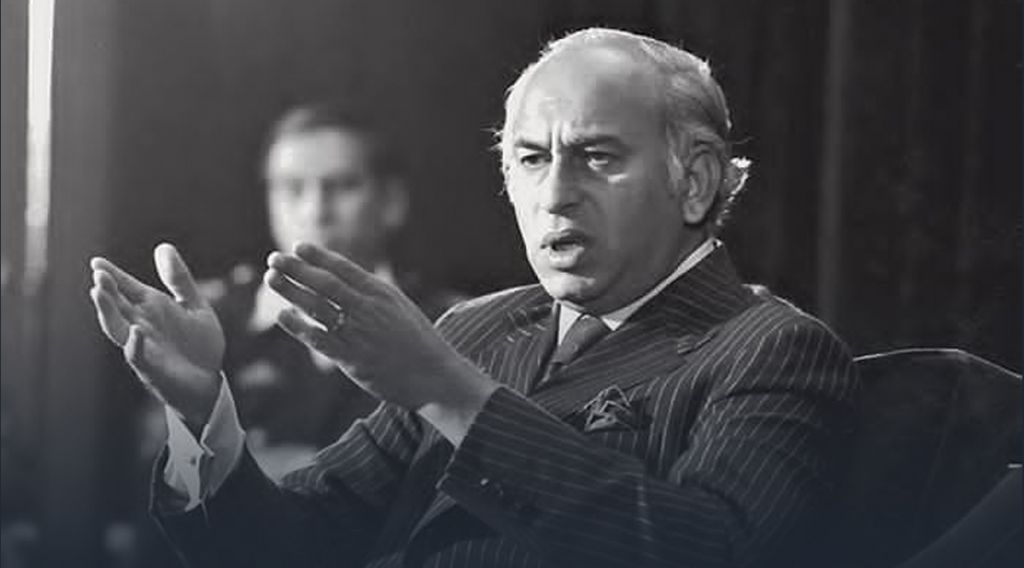 Zulfiqar Ali Bhutto stands among the heroes of Pakistan for his outstanding performance. He was the former president and the former prime minister of Pakistan. He established a new political party named as Pakistan Peoples Party. This party was to become the voice of the nation. As a result, he led the party as its chairman. It was during his tenure that Pakistan started its nuclear program. Therefore, this helped to maintain a balance of power in Southeast Asia. 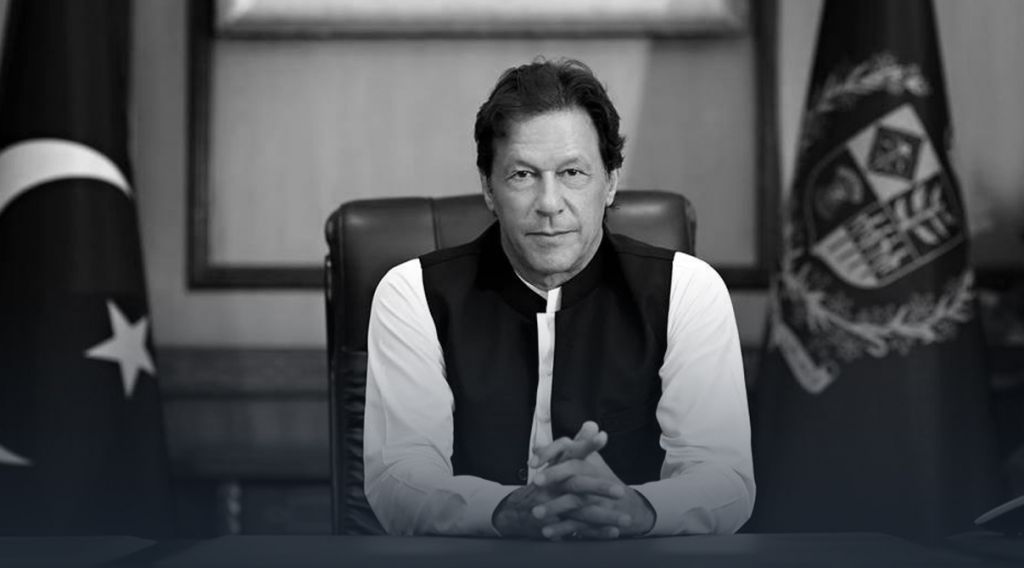 Another name in the heroes of Pakistan is Imran Khan. He gained huge fame among the masses and the international media. This great hero contributed to society in so many ways. He made the whole country proud by winning the cricket world cup in 1992. At that time, he was the captain of the team. Hence, the great hero led the team towards victory by strategic planning and wise decisions.

Afterward, the great hero established Shaukat Khanam Hospital. This place offers medical services to those in need. It helps people who are finding it hard to bear the expenses of a hospital. This hospital is well known for treating patients suffering from cancer.

After that, he decided to smooth matters for the country. He joined politics by establishing his own political party to eradicate corrupt practices. Imran wanted to develop a fair system for the whole nation. In fact, His aim was to bring people to equality and provide justice to all.

He became Prime Minister of Pakistan soon. After that, he started working on climate-friendly policies by planting trees. This plantation drive is generally termed the Billion Tree Tsunami.

All these heroes have helped the nation survive through tough times. They all shared a positive intention for the country. We appreciate all our national heroes. Let’s continue their legacy!