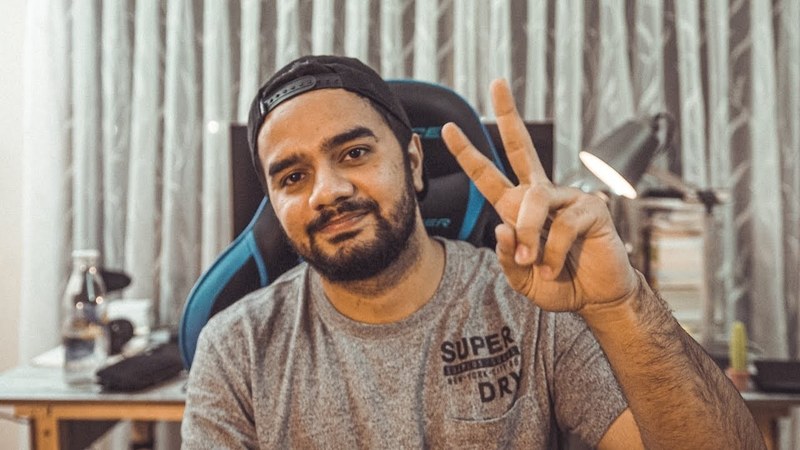 Irfan Junejo is Pakistan’s most famous Youtuber with a following of 11 Million. The famous blogger took a break from Youtube for 17 months due to his declining mental health. He decided to give himself more time than vlogging, he said in his video.

In his latest video after the comeback, How NOT to get a Million Subscribers, he explained that not only he will be focusing on vlogging but he won’t quit Youtube either. Instead, he will prioritize his mental health over Youtube. He went on to say that, “anxiety got the best of him and he became the victim of Insomnia. He would hide in the bathroom and cry, he added”.

The video he released has three parts, Humble beginnings, The Conflict, and The Resurgence.

Related: Top 20 Pakistani YouTubers That You Should Be Following

In the first part of the video, he explains how uploading videos are no longer giving him the sense of achievement and that all he could think of is the next video and next milestone of followers which only gave him anxiety and how he got absorbed in the same rat race with no return.

In the second part of his life, “The Conflict” in which he explains how he was creating content not for what he believes in but also for what people like. He used to read every comment, good or bad and kept track of what people say about his content, and moulded the content according to their likes and against his wishes.

He then talks about the sensitive and very important topic; mental health, which he says, made him nervous in public and his heart rate would go up to 150 just to be in the public. At the same time, he would hit the 1 million mark and that made him even more depressed.

The last part was his “resurgence”, In which he rises from the ashes as Phoenix. He promises himself that he no longer will do what others like and that vlogging is no longer his priority.

He plans to create content that makes him feel good and gives him full control over the creative process. He will limit the social media interactions and will start all over again to get close to friends and family. He concludes the video by letting his followers know that he is back to Youtube for good, with new content.

The topic of mental health, anxiety, and insomnia in men is considered almost taboo and is not discussed much. Irfan Junejo’s video could be the start of this important discussion and we hope it helps to shed light on a very common and yet under-discussed topic.

Please let us know your thoughts in the comments section.

Related: All You Need To Know About Hamza Ali Abbasi’s Book

Everything You Need to Know About Altered State of Consciousness