Music creates love, and motivation and can even unite countries. Historically, influence going between countries wasn’t a simple matter. There are numerous causes for this phenomenon. However, the main cause is the diverse ideologies performing arts of different transgression techniques have. Plus the broad list of social groups that find themselves competing for power is also a major cause.

You have been listening to your favorite music for ages and you might feel it doesn’t matter. But most people do have something in common. Music is one of the qualities that bring people together in different cultures, religions, and creeds. It’s a typical feature of numerous entertainment. Generations can recall dancing to melodies such as 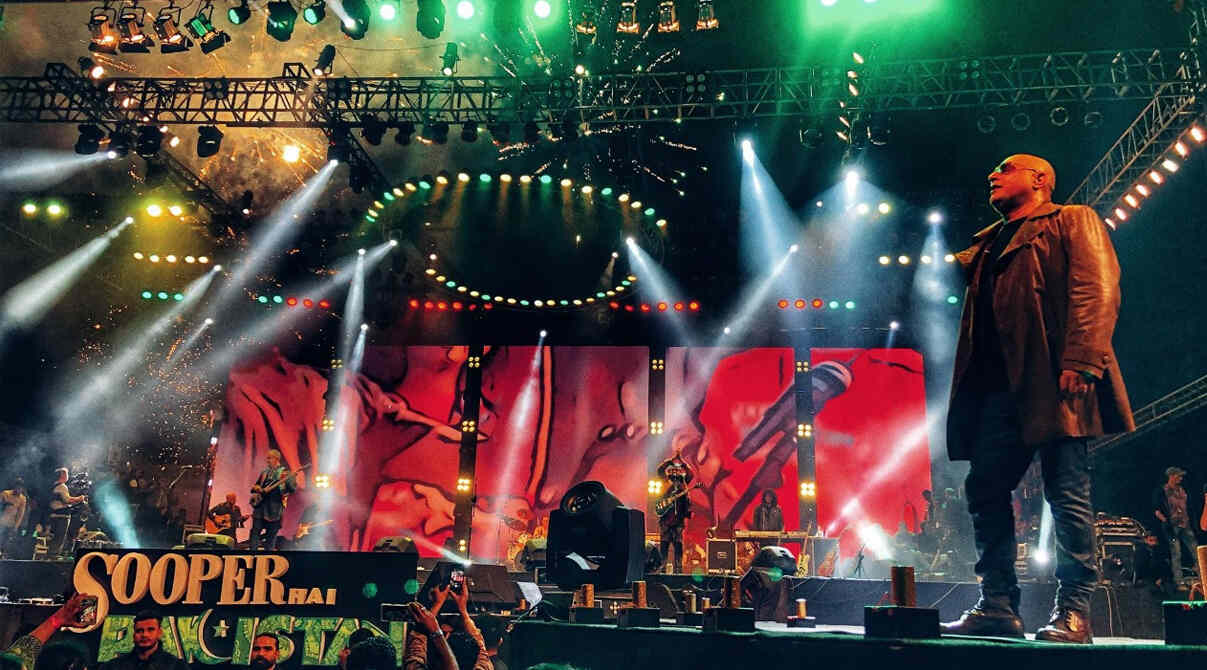 With a shared interest in Pakistani harmony and love and support for their country, we encourage you to download Junoon songs and learn them to be supportive of the Pakistani people and their government. The country’s fame and beauty only increase your appreciation for it, and you will all rejoice when your country unites.

You’ve no doubt never heard of Junoon, a world-famous Pakistani rock band, right? Let’s take a trip to an earlier time, when Pakistani entertainment was considered top of the line, with Junoon still relevant.

Who and What is Junoon? 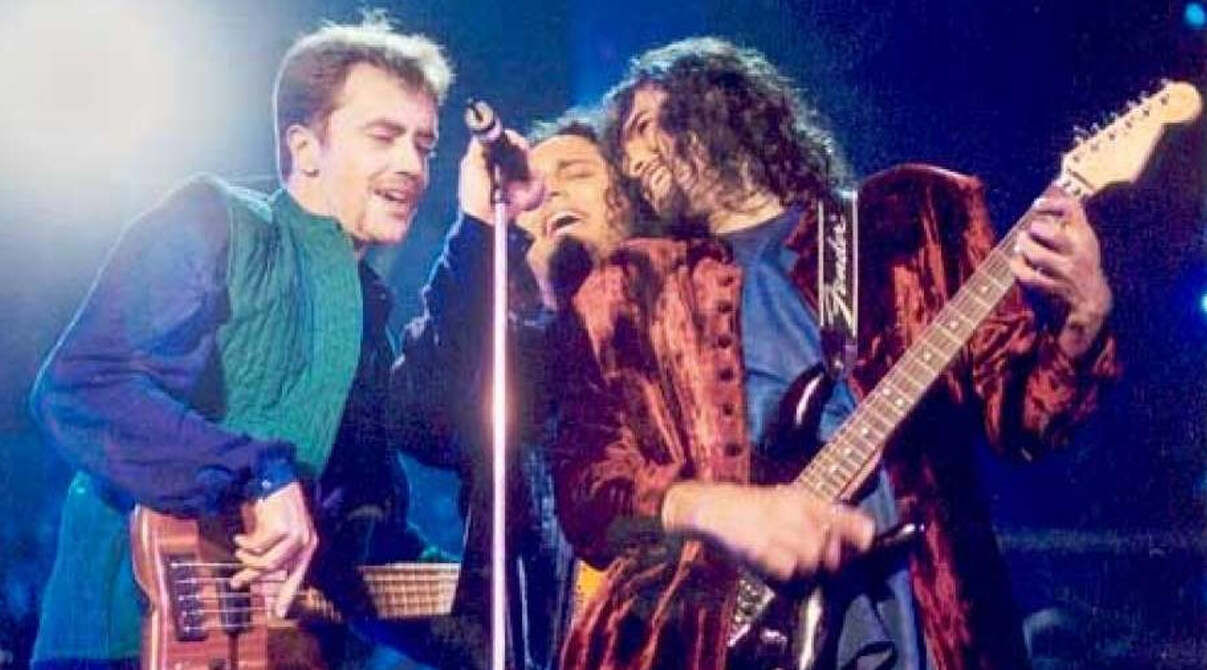 Pakistan’s most successful and internationally acclaimed rock band, Junoon, was formed in 1990 in Lahore, Pakistan, by guitarist Salman Ahmad, vocalist Ali Azmat and bassist Brian O’Connell. The band rose to fame in the early 1990s with their debut album, Inquilaab. Junoon achieved widespread success with subsequent releases including Azadi, Parvaaz and Dewaar.

In Pakistan, the rock band Junoon is considered one of the most popular and influential bands of all time. The band has been credited with bringing Western-style rock music to Pakistan, and they have also been praised for their incorporation of traditional Pakistani folk music into their sound. Junoon’s musical style has been described as a fusion of Western rock and roll with traditional Pakistani music, and the band is often credited with popularizing this unique genre.

Over the course of their career, Junoon has released eleven studio albums, which have sold millions of copies worldwide. The band has won numerous awards. In Pakistan, Junoon is considered a national treasure, and their songs are regularly played on the radio and television.

The band is founded and majorly led by Salman Ahmad. He was later joined by Ali Azmat, Brian O’Connell, and Nusrat Hussain, who added to the band’s success with their talent.

Salman Ahmad is a Pakistani singer-songwriter, composer, lead guitarist, and actor who was born on December 12, 1963. Infiniti, one of his solo albums, was released in 2005. Salman Ahmad proceeded to perform as a solo artist under the “Junoon” label despite the departure of the band’s other two core members, Ali Azmat and Brian O’Connell, in 2005. Salman Ahmad relocated to New York after his solo endeavors in Pakistan were unsuccessful.

Ali Azmat is a Pakistani singer-songwriter, composer, musician, and actor who was born on April 20, 1970. “Dosti,” which he recorded with Junoon, became well-known across the nation as a result. The biggest band in Pakistan at the time, Junoon, was renowned for fusing rock music with traditional instruments and poetry. Salman Ahmad chose Azmat to be the band’s lead vocalist. In 2005, he quit Junoon to focus on his solo career.

Brian O’Connell is an American actor, musician, and bassist who was born on July 20, 1963. O’Connell and Salman Ahmad had been close friends since high school. When keyboardist Nusrat Hussain left Junoon, bassist Salman Ahmad contacted him and asked him to play on the group’s second album, Talaash. This is how Brian O’Connell became a member of Junoon. He is renowned for fusing the conventional tabla and drums with western 5-string bass sounds. O’Connell returned to his native America after the band’s seventh studio album, Dewaar, was released.

Pakistani keyboardist, vocalist, and songwriter Nusrat Hussain is also a composer. He is best known for penning the popular song “Dil Dil Pakistan” while a member of the Pakistani pop rock band Vital Signs. In order to establish the new band Junoon with Ali Azmat as the lead vocalist, Nusrat joined Salman Ahmed, a former member of the Vital Signs, who quit the group and went his separate ways.

Junoon’s music is an intoxicating blend of Sufi rock, psychedelic rock, hard rock, and heavy metal that is sure to leave listeners in a trance-like state. The band’s music is a blend of Western rock and traditional Pakistani folk music.

The band has performed a total of nineteen studio albums as of 2018, seven of which are studio albums; one is a soundtrack; two are live albums; four are video albums, and five are compilation records. The albums produced by the band have sold an astonishing 30 million worldwide copies. In the 1980s and into the ’90s, the Sufi rock pioneer band Junoon received a lot of acclaim for it.

The band released its debut album, Inquilaab, in 1993. After this, it released another album, Azadi, on 14th August, 1997, the Independence Day of Pakistan. It spawned the hit singles “Azadi” and “Jazba-e-Junoon”. It Became an anthem for the country’s youth. Junoon’s popularity continued to grow with the release of their second album. The band’s third album, Parvaaz, was released in 1999 and featured the singles “Ghoom”. Junoon’s fourth and final album, Dewaar, was released in 2004. The album featured the singles “Sayonee” and “Khudi”.

The band has sold over 30 million records worldwide, making them one of the best-selling Pakistani artists of all time. Through its music, the band generated a zealous following. It produced a hybrid of rock and bluesy vocals with a range between Eastern disc music, Eastern-inspired melodies, love songs utilizing distributed percussion instruments called tablas, and traditional Pakistani folklore.

Junoon performs a fusion of western music with old-school poetry from the East. It intended to combine loud guitar riffs and the serenity of Sufi poetry by writers like Maulana Rumi, Shah Hussain, Bulleh Shah (in the song “Bulleya”), and Allama Iqbal.

Their songs have focused on global challenges and the need for world peace. In spite of the social problems that are currently present and have unquestionably become worse over the past three decades, their music has been a significant factor in keeping the nation’s spirits high. Examples include the songs “Jazba-e-Junoon,” “Talaash,” “Main Kaun Hoon,” and “Sayonee.”

After the departure of bands like Vital Signs and Nazia and Zoheb, their music has been the sole thing keeping Pakistani music alive globally for more than 10 years. the band included western and classical poetry in its music since the release of its studio album, Inquilaab. With tracks like “Garaj Baras” and “Dewaar,” their seventh studio album, Dewaar, incorporated elements of hard rock and heavy metal music.

Sooper Hai Pakistan is a project of Peek Freans Sooper. This business is Pakistan’s number 1 biscuit producing brand, which works tirelessly to bring Pakistanis together with the power of their music. Junoon’s long stream of rhythms and mind blowing anthems have been an inspiration to people for many generations; through their efforts, under the sponsorship of SooperHai, they help to fuel unity and harmony amongst Pakistanis.

The biggest musical event in Pakistan in 2018 featured a collaboration between Junoon, Sooper, and Geo. For the “Sooper Hai Pakistan Ka Junoon” performance, the trio came together on stage for the first time in 13 years, giving Karachi a memorable evening. For all Pakistanis, seeing Junoon light up the stage with their beautiful music and captivating performance was a life-changing experience. 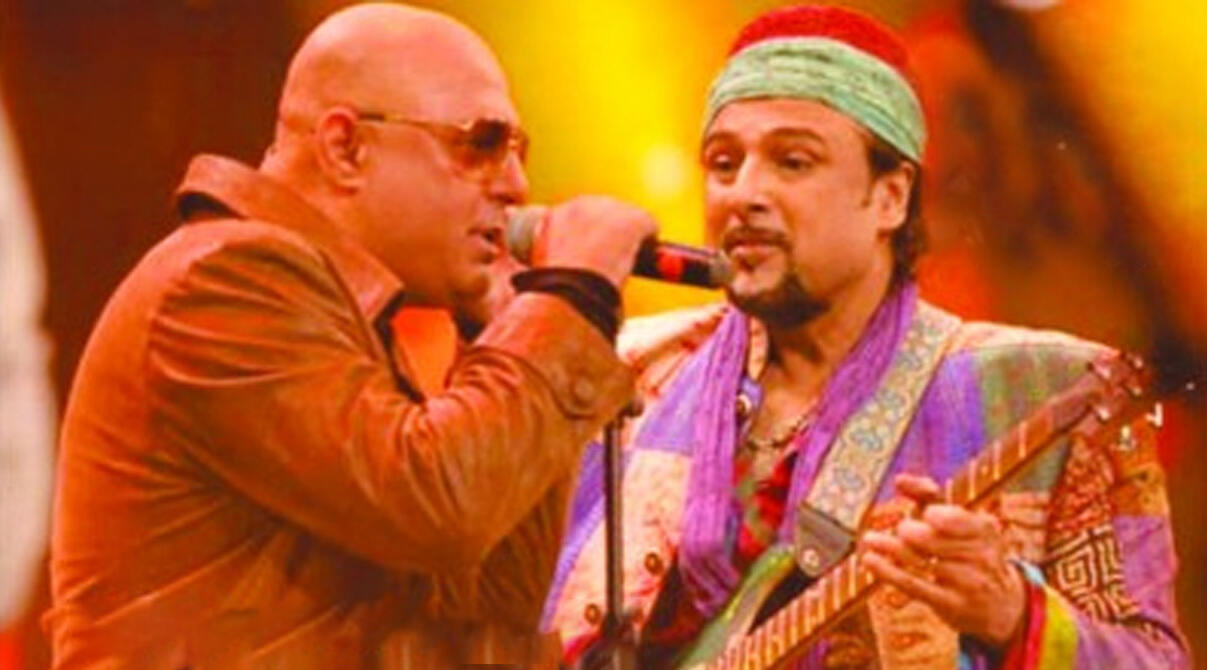 This was the first time that Junoon performed in the UAE, and they enthralled fans with their signature Sufi rock sound. With over 20 years of experience in performing live, Junoon put on an unforgettable show at Dubai Expo 2020. Many fans bought tickets to the concert and their passion for the band’s music was overwhelming. It was an out of the world experience for all music lovers who gathered there for their favorite band.

Related: Is Pepsi Battle of the Bands Able to Revive the Local Music Scene?