All You Need To Know About Bano Qudsia

Many of you admire the dramas and plays broadcasted on different channels. These are based on a profound storyline. There is a unique manner in which the characters depict the circumstances of  the society. Very few of us would generally realize there is another person behind the story – the writer. Today we will learn about one such writer, Bano Qudsia.

It is the writer who constructs the plot, themes, characters, climax, and anticlimax. These are the building blocks of any narrative. Today, we will look into the life of one such maestro of Urdu literature. Her name is Bano Qudsia. She has impressed many generations based on the themes highlighted in her writings. 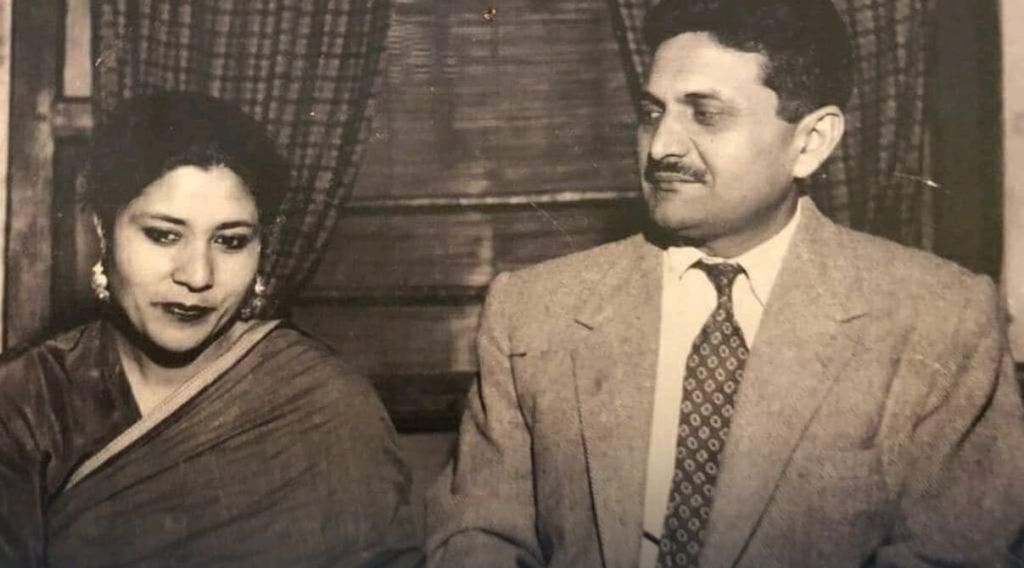 The real name of Bano Qudsia, also known as Bano Aapa, was Qudsia Chattha. She was born on November 28, 1928 in Ferozepur at the time when it was part of British India. Bano Qudsia was quite young when she migrated towards Pakistan. She went along with her parents after the partition of India. The great writer completed her early education in Dharamsala. She graduated from Kinnaird College. After that, she did her MA in Urdu literature from Government College University Lahore. From the very beginning, she had a deep interest in creative writing. This is why she pursued her education in Urdu Literature. This training honed her writing skills and eventually made her one of the best writers in Pakistan.

Her mother remained an inspiring role model for Bano Qudsia to follow her footsteps. She was an educationist, so she knew the importance of higher education. She motivated her daughter to complete her education too. Bano Qudsia’s father died while she was still quite young. Thus, she only had her mother and one sibling, Pervaiz Chattha who was a painter by profession. She got married to the legendary writer Ashfaq Ahmed. It was a blissful marriage. They lasted for more than fifty years till Ashfaq Ahmed died. Bano Qudsia and Ashfaq Ahmed met at Government College University, Lahore. They were head over heels in love with each other. They remained inseparable even in old age. The couple was blessed with three sons. Their names are Anees, Aseer and Aneeque.

Journey as a Writer in Young Age

She was blessed with the ability to write and express her thoughts from a very early age. She started to write short stories when she was studying in fifth grade. Bano Qudsia started to foster the philosophy of life in her pieces of writings. She had started to analyze different aspects of life and developed an opinion on many things. Her critical insight developed her ideas and provided her with niches to write on.

Becoming a Writer- The Inspiration

There are many factors that contribute to the emergence of a legend. The same can be said about Bano Qudsia. She started writing short stories for college magazines. This made her realize that she can improve society through her writings. But she wanted to master the skill before she could become the voice of the people. Thus, she went to Government College University Lahore. This was a turning point in her life after meeting Ashfaq Ahmed in the same varsity. Bano Qudsia admired her husband’s simplicity and strength of character the most. While Ashfaq Ahmed admitted that he fell in love with her because of her critical perspectives on things and her intelligence.

Bano Qudsia claimed that her writings are not influenced by her life partner. Even so, the union of two legendary writers of their time developed a perfect atmosphere. In this environment, both writers could get the best possible time to write. The literary style was evident from Dastango. It was Bano Qudsia’s very own magazine, which was launched after her marriage with Ashfaq Ahmed.

Raja Gidh – One of the Best Works of Bano Qudsia

One of the best works which Bano Qudsia wrote was Raja Gidh. This story has four main characters. First character is Professor Sohail. He teaches the subject of Sociology and is employed at the Government College in Lahore. The other three characters are Sohail’s students: Seemi, Qayyum and Aftab. Sohail, as a teacher, was efficient in making his students think out-of-the-box. The story explains that he may not have been a good teacher in an academic sense; yet, he managed to open the minds of his students. Seemi, one of his students, was part of the elite class.
She used to represent that class through her manners and dress. Qayyum, another student of Sohail’s, came from a village in Sheikhupura. He was shown as extremely studious and an avid reader. Lastly, Aftab was also from the elite class of Lahore. He was depicted as a charismatic and intelligent person. The story revolves around these three students caught in a love triangle. While the teacher becomes a pathway that generates this trio. The story unfolds interesting aspects and changes which happen in the lives of these characters.
Related: Pakistani Writer Ali Akbar Natik: From Mason to Writer

Her Fame As a Writer 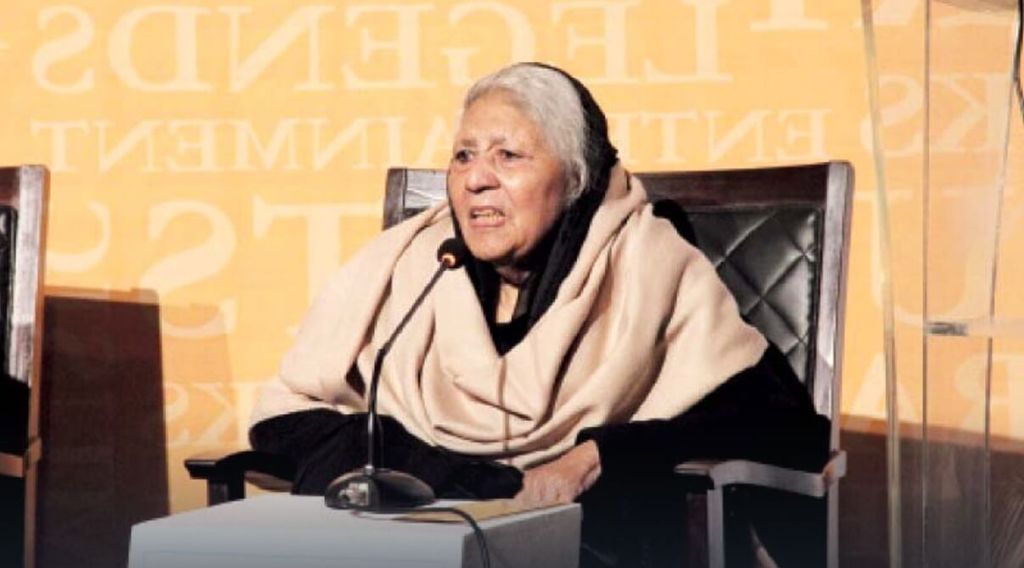 Banu Qudsia has written many short stories. Some of her renowned works include:

She went on to start her journey as a novelist too. Raja Gidh (the kind vulture) received nationwide appreciation. It revolves around mental retardation caused by submitting to the forbidden. However, this was not the only masterpiece. Ek Din, Haasil Ghaat, Atish Zer-i-pa, Cahar caman, Parda and Shehr-i-Baymisaal are also some of her acclaimed works. They highlight the ills of her society fulfilling the purpose of literature.

The novels reflect injustice, economic upheaval, and the political dominance of particular groups. She has denied the idea of modern women running from domestic responsibilities. Also, there are some other themes dominant in her writings. Moreover, she has questioned the man’s hidden wish to push the woman out as the sole breadwinner of the house.

Also, she has criticized the desire for a luxury lifestyle. This has developed in every man and woman in the post-industrial times. She highlighted that peace of mind comes with simplicity and kindness. Lust for the money will only lead to immoral corruption. So, this was evident in her characters. 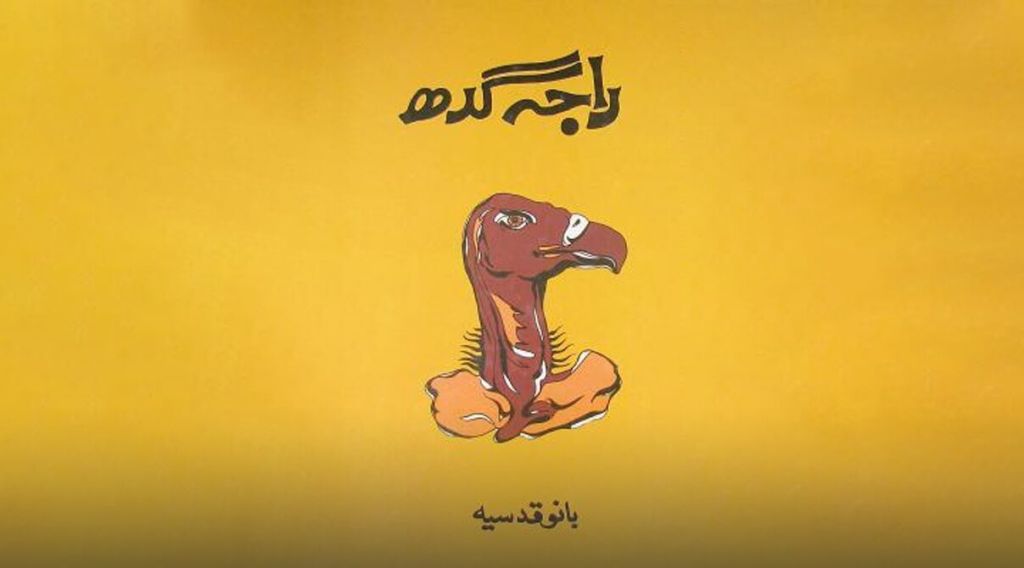 Bano Qudsia rejuvenated the radio and television industry through her writings. Also, her works performed by the actors are also admired. This is a result of the profound messages hidden within each masterpiece. Some of the most famous productions by Pakistan Television include:

Her works are thought-provoking. They make the readers carry out their self assessment to determine their own flaws. This power of her pen has led to character building among her readership. The works have gained mutual respect for all genders and social classes. The terse writing style is evident in her writing. It was praised by every stratum of society. This was the style that paved the way for Bano Qudsia to receive many awards. They include:

There was a reason why Banu Qudsia became part of the August Club of the Literary Giants. Her writings are universal. But they are still relevant for the modern world of today. Since they tell women that what they consider as their weakness is actually their strength. And that the beauty of a woman lies in her soft persona and her organized sense of work. Her ideas will be different as compared to a man working in the outside world as the breadwinner of the house.

She explained that the actual meaning of being a woman is a great purpose. Women are the builders of a successful nation. Also, they have an equal contribution to make in this regard.

Through Bano Qudsia, you will learn loads of interesting things. You will develop a newer perspective towards life. Our Urdu literature is our heritage. Hence, it should be a priority to know what great writers our country has produced. Therefore, we suggest you give her books a read today!

Best Places for Burgers and Sandwiches in Islamabad