Moor: A Pakistani Film by Jami

When the movie Waar by Bilal Lashari first displayed around the country, it was an endless moment of joy. Pakistani people were seen queuing outside cinemas waiting to get the ticket to see this Pakistani film, which had taken over the social media by storm. This film by a very young talent had changed the history of Pakistani cinematography for forever. It wonâ€™t be wrong to say that Waar is one of the best and most fortunate things that ever happened to Pakistani film industry, which outnumbered many of its competitors and set new records. Although it is near to impossible to keep the criticsâ€™ mouth shut, Waar still rendered all the department of excellence that needed to be covered.

After Waar, people of Pakistan have set their eyes on Moor, a film by Jamshed Mehmood also known as Jami, who is a well known music video director like Bilal Lashari. The name of Jami is even more praised when it comes to the videos he directed and all the fame and awards that came with them. Because of his success in the past, Moor has created a lot of hype worldwide and people are eagerly waiting to see this flick, which is all set to â€œbig screenâ€ a subject that has been neglected repeatedly in our own country, by our own people.

The Theme of Moor

In this Pakistani movie, Jami will show his love for the Balochistan province; an abandoned and overlooked land, which has been protesting for its right and a place in a society since the day of Pakistanâ€™s creation.

The Story of Moor 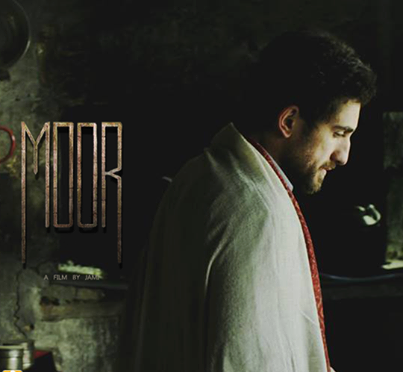 Moor is a Pashto word for â€œMotherâ€. The trailer has masterly kept the story secret and yet it displayed picturesque views of Muslim Bagh, a territory of Balochistan, covered in cold and snow. The Pakistani film depicts a heartbreaking story of a wretched Pakistani family which doomed by the atrociousness of the ongoing state of affairs and the harsh realities of life. The plot circles around the Zhob Valley railway and the decline of Pakistanâ€™s railway system. The main character is of a station master and the unfortunate journey he stepped into, which stirred his love for his wife and feelings he never felt before.

Other then the story, the direction looks as promising as the graphics seized in the scenic locations of Balochistan. The producer of the movie is Nadeem Mandviwalla, whereas the casts include Hamid Sheikh, Sumaiya Mumtaz, Azlan Shah, and Ayaz Sammo. Strings, on the other hand, is taking care of all the filmâ€™s music. Also, Jami purchased the copyright song of Ayub Ogadaâ€™s Kothbiro.

The film was first announced to hit the cinemas in April of 2014, although the plan has been changed and now it is set to be released in August of the same year.

The Colorful Sindhi Hand Embroidery From The Land of Sufis