In the past decade, Pakistan has mainly been in the headlines for all the wrong reasons. To dispel this negative image it had become imperative to let the world know that Pakistan is a country which is home to brave, compassionate and resilient people who live in the face of adversity, and yet with a positive energy. 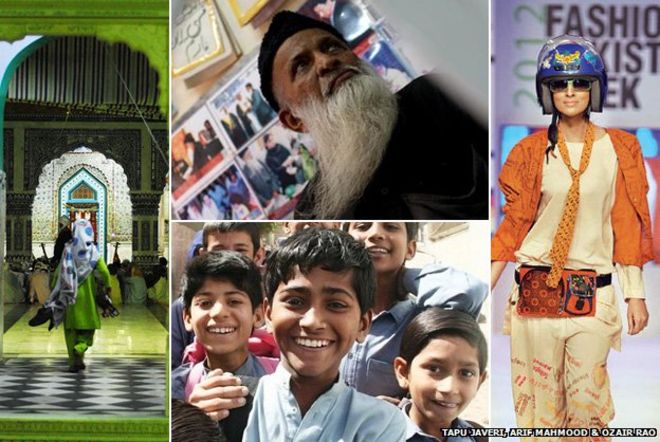 Who is Behind Pakistan Calling

In December 2012, Mr. Anwar Akhtar, gave a very stimulating talk on BBC Radio 4, emphasizing on how the British Pakistani community could play a greater role in helping Pakistan get the media attention it deserves as well as securing a brighter future. A result of this was a partnership between him and the RSA, called Pakistan Calling.

Mr. Akhtar has served as director of RichMix which is a social enterprise aimed at giving different artists belonging to any community the opportunity to showcase their talents. He is an associate at URBED, a company that focuses on urbanism, environment & design as well as a Fellow at the RSA. He is also the director of ‘The Samosa’ that was established in 2012, which is a cultural & political blog providing in depth analysis on issues in Britain and South Asia.

What is Pakistan Calling

It is an online film project which was initiated in April 2013. It involves the Royal Society of Arts & Commerce (RSA is a 260 year old institution based in London, that is strongly committed towards bringing about a social change in the world), The Samosa, students from the UK and Pakistan (London, Karachi & Lahore), British Pakistanis (there are about 1.2 million Pakistanis living in the UK), as well as Pakistani (individuals and social enterprises focused on human welfare).

Until now about 70 films have been made which revolve around cultural divergence, education, health, identity and equality issues, minorities and women in Pakistan and the UK. This has provided the students with an excellent opportunity to work with different NGOs and also undergo the practical experience of producing films. Furthermore the RSA has provided a platform to showcase them.

Pakistan Calling has partnerships with the London Metropolitan University, Westminster College, Bradford College, Luton Sixth Form and the University of Karachi (Pakistan’s biggest university). Mr. Akhtar frequently visits these institutions as well as others within London and in Pakistan to give talks, hold workshops and to screen the films. More institutions and organizations will become part of Pakistan Calling in the near future.

The Aim of Pakistan Calling

Pakistan Calling aspired to do the following:

The Impact of Pakistan Calling

A few outcomes of Pakistan Calling till now:

It has received very good reviews. Michael Green (who is the Executive Director of the Social Progress Imperative. His Ted Talk of 2014 was chosen as â€˜one of the most powerful ideas of the year, and considered one of the ten best ever by The Telegraph. ) remarked everything you ever wanted to know about Pakistan but did not know who to ask.

While Professor Susan Moeller (who is a professor of Media and International affairs at the University of Maryland, USA) praised Pakistan Calling in the following words:

Pakistan Calling is an intriguing platform, but it is also intriguing as a model for other places: Harness the journalistic, artistic and progressive impulses within a country to tell stories of kindnesses and commitments that arena being told by mainstream media outlets. Use those stories to link Diaspora populations to civil society organizations. Bind a country’s wounds with stories of leadership and future possibilities; they can help a country heal

The Latest at Pakistan Calling!

The University of Karachi is playing an instrumental role in the project, and the latest documentary entitled A city of children – http://goo.gl/zTviir has been made by the students of the Department of Visual Studies, which is based on interviews of organizations (such as Azad Foundation, Karachi Vocational & Training Center (KVTC) and the Human Rights Commission (HRC)) who are working for the welfare of street children in Karachi.

So if you would like to see all the previous films and learn more about Pakistan Calling, visit www.thersa.org/pkcalling and can also follow it on twitter (#pkcalling). And if you want to contribute a film or become a part of this project then visit www.thesamosa.co.uk.

A lot of commendable work is being done under the auspices of Pakistan Calling, and three years on, it is still going strong due to the immense efforts that are being made. However to ensure that this project achieves all that is set out to do and a whole lot more, we should wholeheartedly support it, whichever way possible!

International Day of the Street Child 2016

Pakistan Calling Film Festival Being Held For the First Time