Everybody loves a good race, right? Let’s talk about the world’s most famous race! Formula one! It is the highest class racing. The cars which take part in this forum include the single-seater racing cars. These automobiles need approval through the FIA to race. Formula one racing is something which makes everyone excited! Because people love to see speedy cars fighting to get the first position.

What is Formula One?

Formula One has several races. One series is the Grand Prix. These races take place on particular and purposeful circuits. They can also done on public roads. But, these roads get closed for the public during the event. This safeguards the pedestrians. The first ever time it entered to the world was in the year 1950. This race selects 20 drivers in total for participation. There are a total of 10 selected teams. The race comprises only 10 selected chassis manufacturers. Earlier, the name of this race was World Drivers’ Championship. Its name turned to FIA Formula One World Championship. This happened in 1981. This race uses the word ‘formula’ as the rules which each driver needs to obey.

For participating in this event, the drivers need to have a Super License. And this is not an ordinary license. It is the highest type of license and is particularly for racing. Also this license can only comes from the FIA. Majority of the Formula one events occur in the suburbs or rural areas to avoid any accidents. But, in certain cases, the races are also conducted in streets of cities. In such scenarios, racers keep safety measures in mind.

Formula one racing includes the world’s fastest racing cars. The cars reach the highest possible speed. This race involves loads of thrill and excitement. This is why people from all over the world wait for this race to happen. A formula one event happens on a whole weekend. The start comes with practice sessions on Fridays. They appear for qualifying rounds on Saturdays. The final race happens on Sundays.

Points system for Formula one 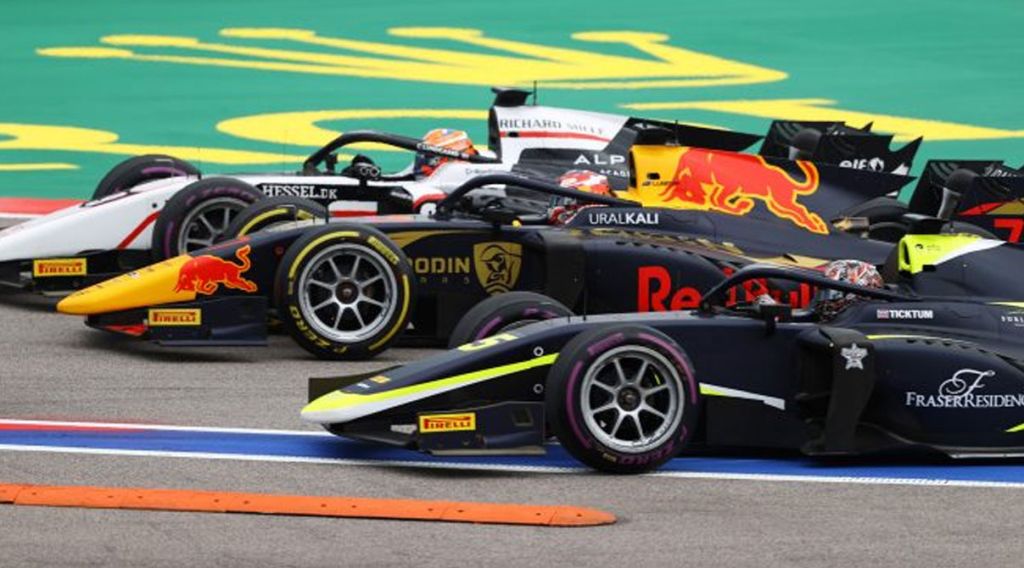 Formula one races are the speediest. But, they are also extremely safe. Also the Organizers adapt to highest standards of safety for this purpose. Also the infrastructure is created with utmost care and diligence. The purpose is to avoid accidents at all costs. This is why the majority of these championships have been happening so effectively for the past so many years. But there are various circuits created around the world just for the Formula one championships. Some of the best ones are the following:

People get most excited when the races happen on these circuits. It’s because world’s top-notch racers get to race here. Also it is an honor for a racer for getting the opportunity to race here in particular.

Who is Saad Ali? 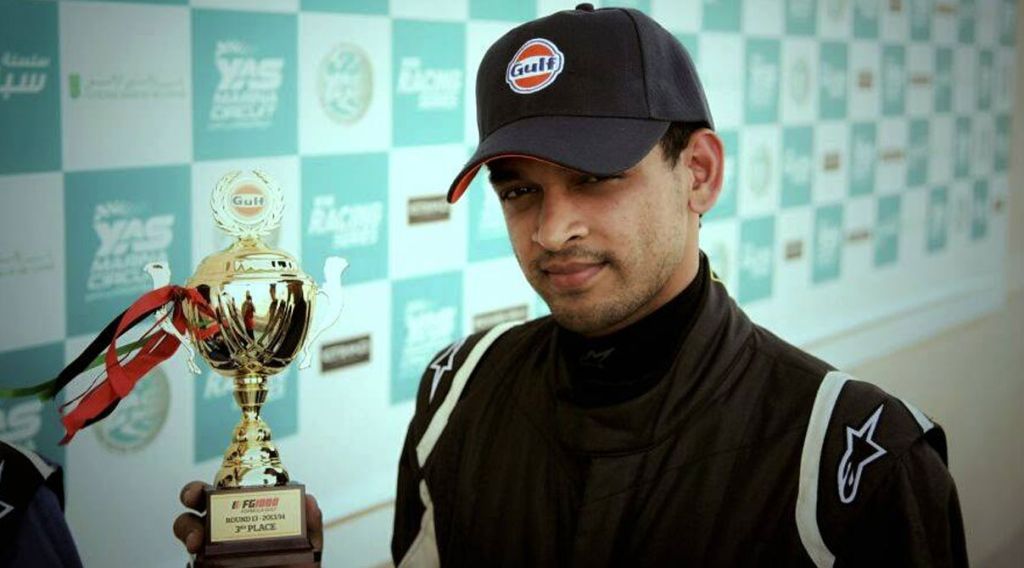 Saad Ali is a Professional racing driver. He is the first Pakistani to participate in the formula one racing championship. Saad has been a passionate racer since the start. He participated in his first professional race in the year 2006. Saad got his certification and professional license in the same year. Also he took part in an Intensive drivers program, which trained him how to become a professional. After topping his class, he went to participate in a series called ‘Sakhir Formula 1 Circuit’. This event happened in Bahrain, UAE. And this is called a school series, which is used to train beginner racers. Saad qualified for this race and went on to achieve 3rd position. He aced in competitive lap times and won himself the podium. He knew that he was ready to participate in bigger races from now onwards.

In an interview, Saad explained how these Pakistani events happen in the dead of night. He believes that our racing tracks are still not up to the mark. Also no safety measures are taken in the right way. Also beacuse of such lapses, hazards are caused for the drivers. Saad also wants the government to take interest in this event as it can generate good revenue too.

How did Saad reach Formula One racing? 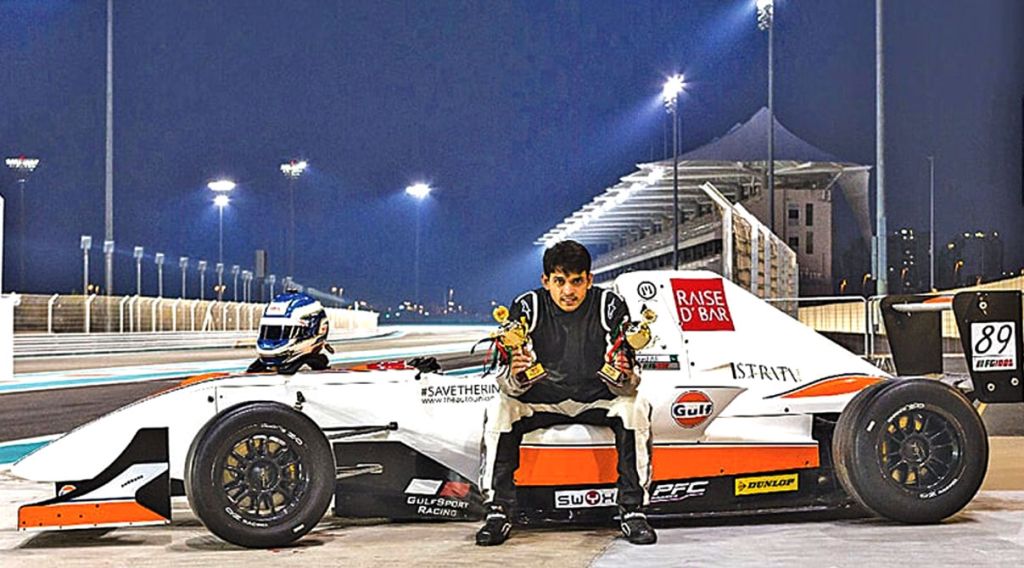 When Saad started his racing journey, there were no proper racing tracks in his home country. He started by visiting Bahrain and Abu Dhabi to excel his skills further. He learned and gained experience in this field through those visits. Finally, the country also started more racing competitions for the young lot. He eagerly participated in all of them. His purpose was to excel and improve himself. Despite all this he had higher aims to achieve in this field.

2014 came as an amazing year for Saad. In this year, he managed to complete the Formula Gulf 1000 series.Due to his hardwork he attained third position in this one. After that he decided to excel and reach Formula 3. These races lead one to the Formula 1 forum.

Saad knew that this passion is an expensive one. Motor sports require good funding and sponsorship. However, with his achievements and luck, he managed to get good sponsors for himself. His fans also helped in supporting him for this cause. Saad’s Affiliate sponsors include Raise d’Bar, TAU and STR. These sponsors helped him fund his training and race for the Formula One race. Fans can also fund his journey by providing help through his website: www.saad-ali.net.

Saad also got funds through Swiftclick. This was the company for which Saad worked. In an interview, Saad explained he needs around 2 million dollars to get desired training. Also this money will help him reach the professional league. Because winning racing events requires practice and real-time efforts. Also Saad currently uses simulators to practice his driving and maneuvering techniques for races.

The young racer believes that many Pakistanis are into this sport. But, due to funds, they are unable to take part. Also he stressed on the necessity of more tracks and training for motor sports. Also this is all based on Saad’s experience. He has been offered to take part in the Formula 1 racing.

Let’s honor the efforts and thoughts of this young blood. Let’s hope we see more of such enthusiastic sportsmen to join the league. Also there is a definite need to encourage more sports activity in Pakistan. Despite the problems, what our youth is able to achieve is applaudable. We hope we continue the efforts and appreciation for such examples. Together, we can bring a good name for the country. May we continue to prosper and become successful!

Smart Ways to Use Social Media for Finding a Job