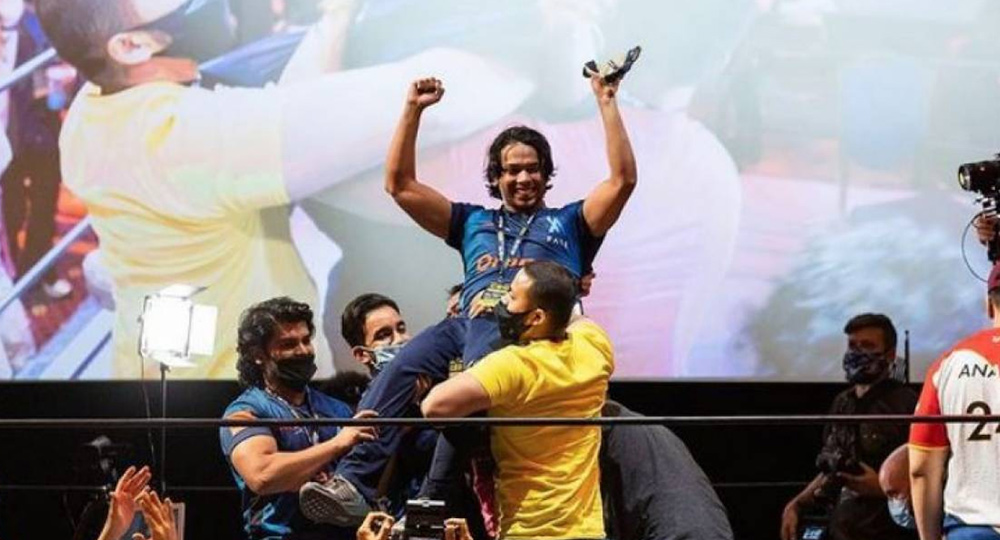 The ace gamer outranked his opponent in Tekken 7 to become the number-one ranking out of 40 other competitors. The 26-year-old gained an edge over his competitor, RB Anakin, in the King of Fighters XV by besting the latter in the Grand Final.

In Tekken 7, Arslan played a distinct version of his well-known character, Zafina, against another dota player, DUSG gen. He eventually won the game 3-0. In KOF XV’s Arslan was a semifinalist in bracket 3, but he lost to Tamago in a final set that came down to the last ball.

The delighted player summed up his euphoria on social media after winning Combo Breaker 2022 for Tekken. “I won Combo Breaker for Tekken. These tournaments are so challenging but I’m so happy that my practice is paying off. The event was amazing. Thank you to everyone who supported me and I’ll see you all for TWT!” the caption reads.

Arsalan was ESPN ‘s prestigious e-sports player in 2019. He gained international attention after winning against Jae-Min Knee Bae in the grand final of the 2019 Evolution Championship Series. He is the first and only player to win in both the EVO Championship Japan and the American counterpart of the event in the same year.

Pakistani Startups: How They are Killing it and Paced for More Growth?

Take Control of Your Financial Future with Trikl