Samina Khayal Baig was born on the 19th of September, 1990. She is a Pakistani high-altitude climber who ascended Mount Everest in 2013 and subsequently completed all Seven Summits by 2014. She is the first Pakistani woman to reach the summits of Everest and the Seven Summits. At the age of 21, she scaled Mt. Everest. 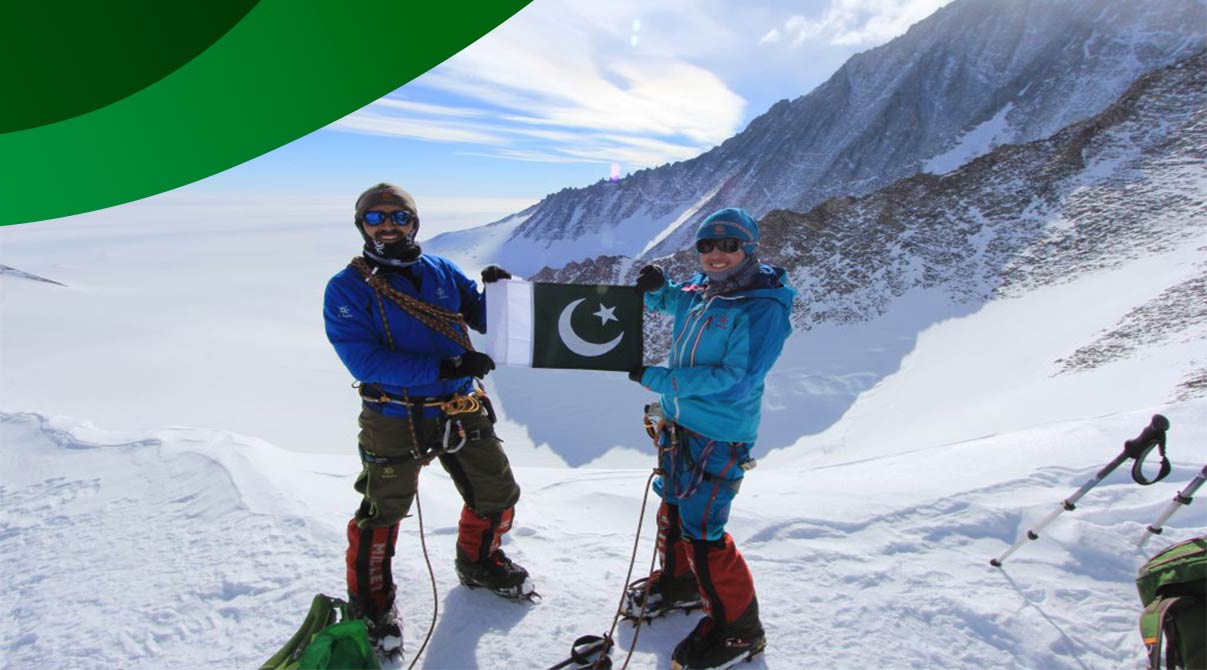 It was the year 2010 that Samina Baig climbed the Chashkin Sar of Pakistan. She is the first mountain climber to summit this peak. This particular mountain is also called ‘Samina Peak’ because of this feat. Afterward, she climbed Koh – i – Brobar in 2011 and reached its peak as well. 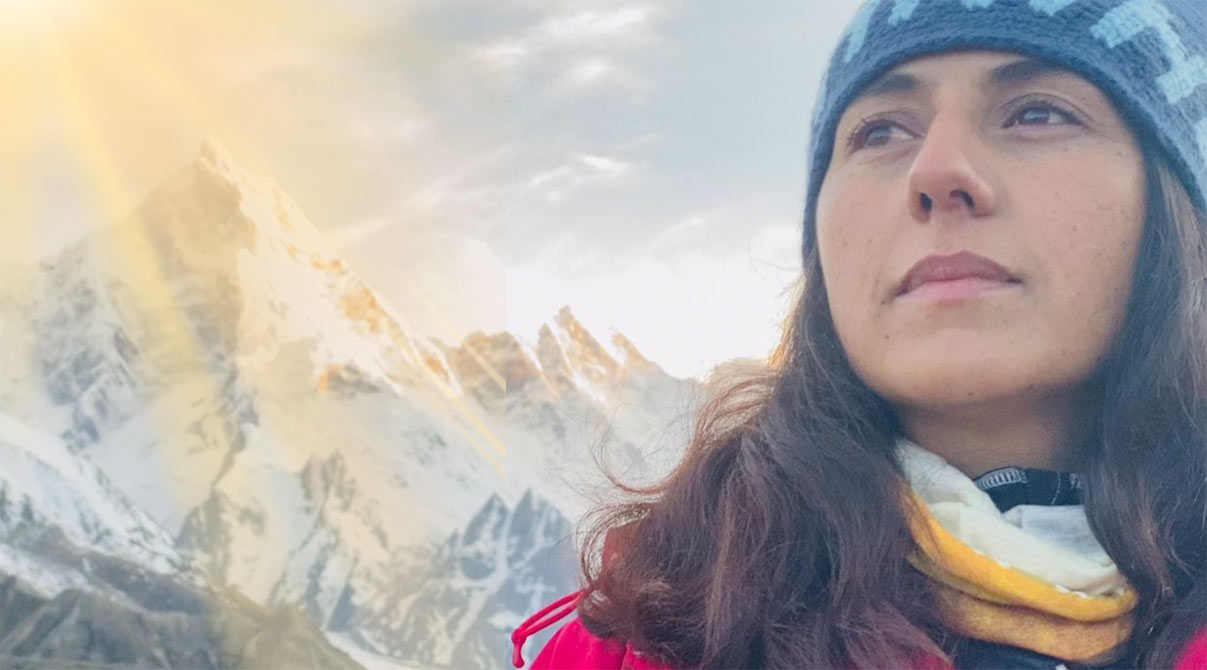 Hailing from Hunza Gojal, Samina Baig had a passion to climb mountains from the age of 4. This passion was given to her by her elder brother. She climbed her first mountain at the age of 15. Samina has great experience working as an expedition leader as well as a mountain guide. She has led expeditions towards the Himalayas, Karakoram, and the Hindu Kush. In 2009, she became a professional climber. Along with that, she became the brand ambassador for a known telecom company as well. 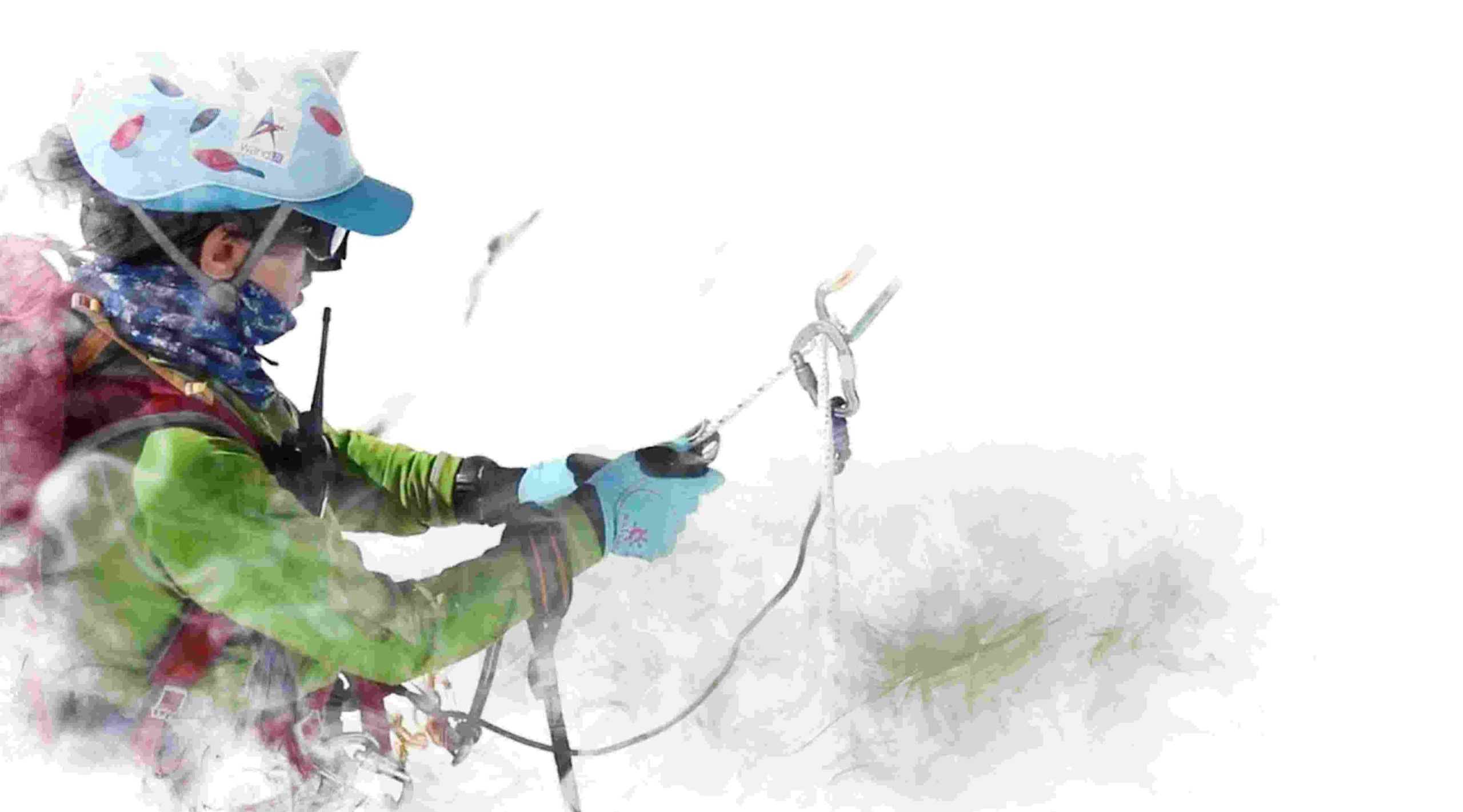 Bringing about societal transformation is not an easy task. Climbing the world’s tallest mountains is a dream come true for Samina Baig, 23, and Mirza Ali Baig, 31. The two Pakistani mountaineers have nearly finished climbing the highest peak on each continent. Following their summit of Denali on June 28, the Baigs will climb Elbrus, Europe’s highest point at 18,510 feet, jointly. Samina Baig will have climbed all seven summits, making her the first Pakistani and Muslim woman to accomplish so. Before the two can claim the status of the first siblings to climb the seven peaks together, Mirza Ali Baig must return to Mount Everest to do some unfinished business.

Summiting the Highest Peaks in the World

As the taste of the most recent expedition’s provisions fades, their aim becomes clear. The two are trying a task that many of the finest mountaineers take years to do in a couple of months. They summited Aconcagua in December, the Vinson Massif in January, Kilimanjaro in February, the Carstensz Pyramid in March, and Denali in June. The climb up Elbrus is scheduled for the end of July.

As the climbers tour the world, summiting peak after mountain with worldwide backing, the concept of adventure diplomacy has emerged. They are no longer simply fighting for women’s rights; they are also bringing individuals from other nations and cultures together. “When you get to the mountains, there are no such limits.” You are not a native-born American. You are not from Pakistan. You are not from India. You’re a mountain climber. “You are a human being,” Mirza Baig stated.

Denali, often known as Mount McKinley, is the highest peak in North America. Each hauled more than 150 pounds of gear and food on the 18-day journey to the summit of the 20,237-foot mountain, burdened down with hefty packs and towing sleds. The Baig twins were the first Pakistanis to climb the peak, according to park authorities, adding to their lengthy list of first-time exploits.

Related: Karakoram: The Most Beautiful Highway

First Pakistani Woman to Reach the Top of Mount Everest 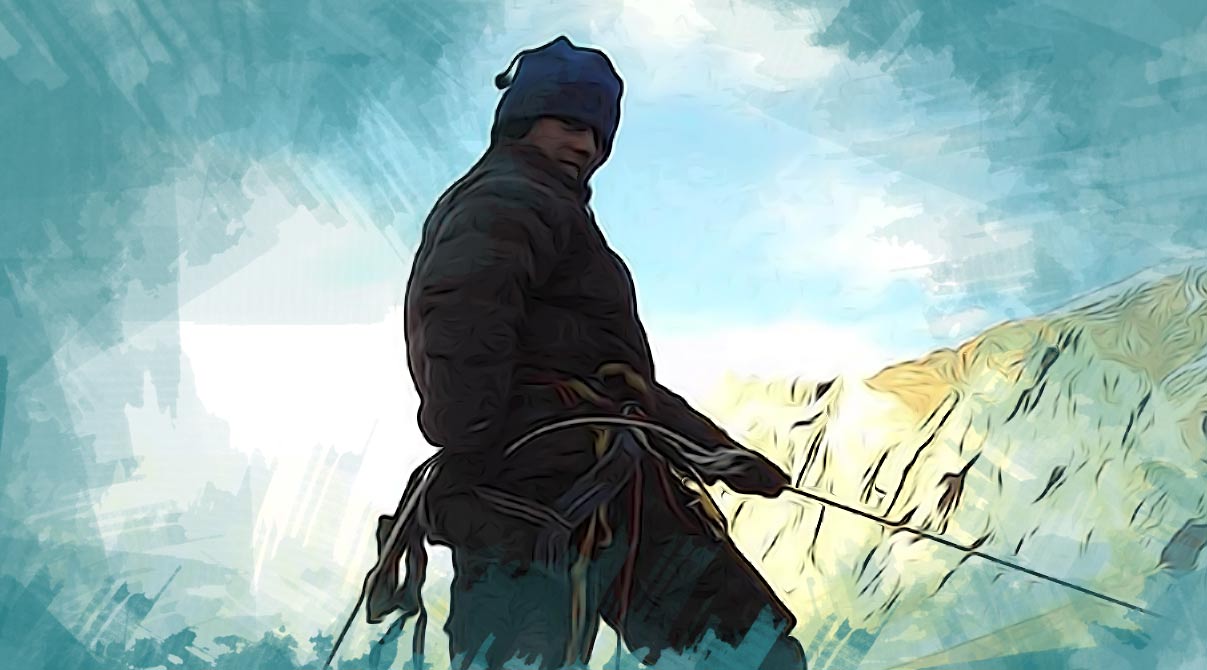 In May 2013, Samina Baig became the first Pakistani woman and the youngest Muslim to reach the top of Mount Everest, the highest point on Earth at 29,029 feet. The success immediately turned into a new struggle. “When we finished Everest, in base camp, I informed her we were going to climb the seven peaks,” Mirza Baig explained.

Their aim and goal were distant from a personal quest to be the first Pakistanis to finish the task. They established the Pakistan Kids Outreach Program and used mountaineering to empower women via adventure sports while also educating and raising awareness about the outdoors among the youth.

Samina Baig stated, underlining that if given the chance, they can surmount other metaphorical mountains.

If a lady can climb mountains, she can do anything positive in her line of employment.

Mountaineering is a high-risk activity. It’s a more audible voice. It has a significant influence. It is not customary in [Pakistan].

“When you come out of the queue, you are recognized,” he explained. It was towards the summit of Everest when the two revealed their goal to the rest of the world. “We were climbing for gender equality and women’s empowerment, and he turned back 248 meters from the peak to allow me to continue on my own… to the top of the world,” Samina Baig explained.

Mirza Baig, the more experienced climber who trained his younger sister, demonstrated entire confidence in her ability to summit without him by turning around. She was capable of achieving her own goals, demonstrating that if women are treated equally, they can contribute positively to society. He dispatched his Sherpa with the summit party, returning to Camp IV alone via the South Col route.

Waiting for Hours in the Death Zone

He waited nine hours in the “death zone” for them to return before assisting them with the rest of the descent. The death zone is located at 26,000 feet and is named for the severe environment and the human body’s inability to adjust at such a high altitude.

“Last year, she was my main target.” Another three-day weather window had opened up. I could have joined one of the other groups. “I could have gone with my Sherpa, but she was my major goal after seven years of training,” he explained.

Mirza Baig’s journey began in his adolescence. “When I first started, I had maybe one-dollar or two-dollar shoes, torn shoes from a Pakistani second-hand market.” I began when I was 16 years old. “I had nothing,” he explained, revealing that it took him seven years to raise the $100,000 needed for the Everest trek.

Growing up in the Karakoram Mountains

The two are from Shimshal, a small village near the Pakistan-China border in Gilgit-upper Baltistan’s Hunza region. They grew up in the Karakorum Mountains, which are about 11,000 feet in elevation. “All we had was passion and determination,” Samina Baig explained. The Karakorum is home to the world’s second-tallest peak, K2, which many mountaineers believe is more difficult to climb than Everest.

“When I was in fifth or sixth grade, he used to tell me that when I grow up, we will climb mountains together,” Samina Baig recalled. They founded the Pakistan Youth Outreach Project in 2010 and arranged an excursion to a 21,000-foot pristine peak. Following their successful journey, it was renamed Samina Peak in honor of the first Pakistani woman to make the first ascent. 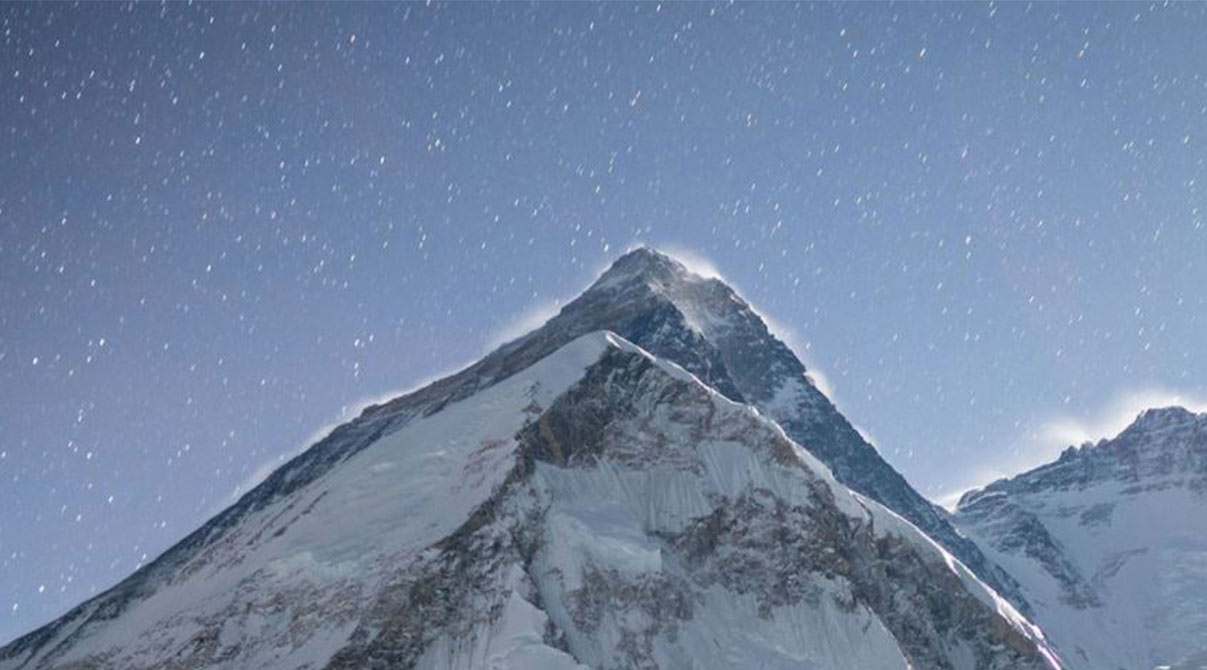 Finally, with financial assistance from New Zealand friends, the siblings departed the Karakorum for the Himalayas to make history. Now that they are nearing the end of their adventure, the two would like to encourage mountain climbing in their nation, which is home to several of the world’s highest mountains. They are establishing the Institute of Winter Sports and Natural Sciences to help more Pakistanis become mountaineers. “In Pakistan, there is no such institute dedicated to tourism or outdoor sports.” “That is the ultimate goal after the seven peaks,” Mirza Baig stated.

Read More: K2: The World’s Second-Highest but Most Unforgiving Summit 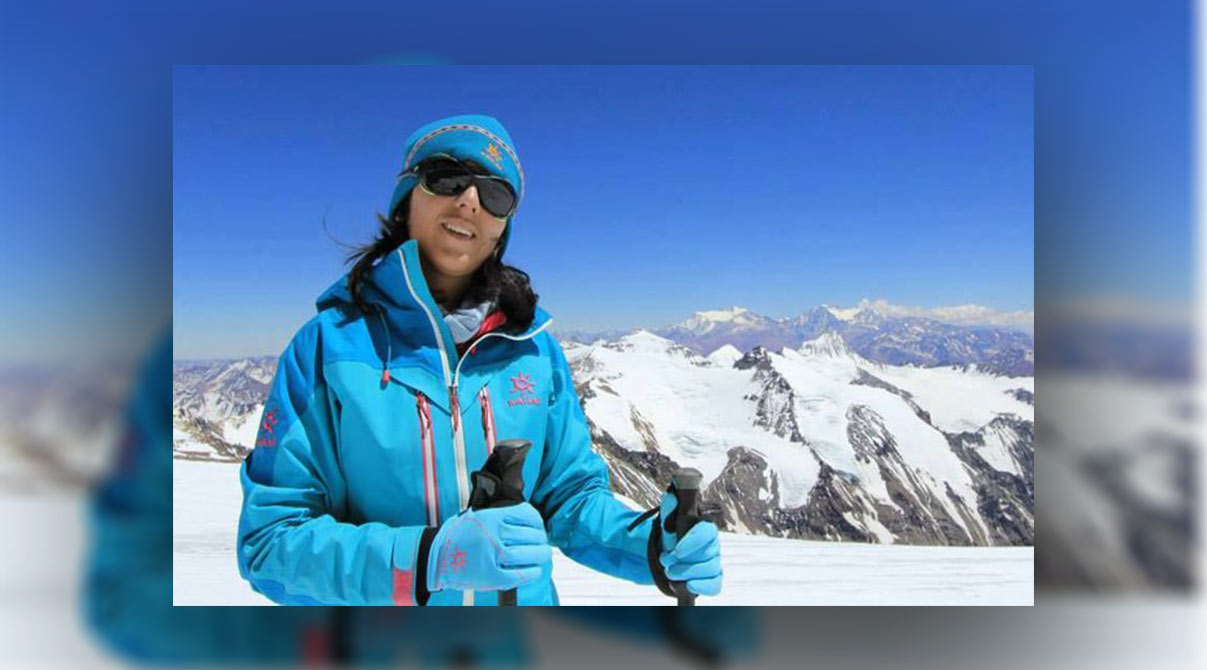 Ms. Baig’s expedition is being sponsored by the Special Communications Organization (SCO). According to a news statement released on Friday, the SCO officials and Ms. Baig signed the sponsorship deal at the organization’s headquarters in Rawalpindi. Ms. Baig’s crew will begin their trip to the K2 base camp from Skardu in May. If Ms. Baig climbs the world’s second-highest peak, she will be the first Muslim woman to do it.

She is the primary Pakistani lady and the main Muslim lady to the culmination of K2, the world’s second most elevated top. K2, otherwise called the Savage Mountain, ranges the Pakistan-China line and is many times viewed as the world’s most troublesome and destructive trip.

This January, a group of Nepalese climbers impacted the world forever by turning into the principal mountain dwellers to execute a colder time of year rising of K2 effectively. The excitement of the climbing season quickly went to anguish when Pakistan’s most unmistakable climbers, Muhammad Ali Sadpara, John Snorri of Iceland, and Juan Pablo Mohr of Chile vanished from the top on February 5, just 300 meters shy of the top. The public authority announced them dead on February 18, however, their bodies presently can’t seem to be found.

K2, The Toughest Mountain to Climb

K2 is probably one of the toughest mountains in the world.

Baig said in an exclusive interview with Arab News this week, just days before departing for the K2 climb on Friday.

Many individuals have perished on its slopes. We just lost one of our colleagues, [Muhammad] Ali [Sadpara] Bhai. However, this is all a part of life. It’s all part of the game. I chose this job because there was no representation of Pakistani women in this activity, and I wanted to inspire them to attempt climbing. Women travel to the highlands for trekking at most. If women can work in offices and participate in various sports, they can also climb mountains.

After reaching the summit of Mount Everest, I lifted up Pakistan’s flag on seven summits on seven continents. Some of these mountains have never been climbed by a Pakistani.

The Honor of Presenting Pakistan

“It is an honor for me as a Pakistani to represent my nation everywhere I travel,” Baig said. She added,

As a woman, my message to people is to encourage and support their daughters and allow them to select their own vocations. Let them create their own mark and construct the image of their own country.

When asked if she was concerned about her safety in light of the recent K2 accidents, the climber said mountaineers always prepare for the worst.

“The safety of all climbers is our main priority,” Baig added. Repeating a prevalent misconception among local climbers that reflects a strong reverence for nature’s mightiest peaks. “However, on a mountain, anything may happen,” she explained. “A climber may be subjected to inclement weather or physical weariness.”

Turn Your Closet into Cash Through Gahhak.pk