PUBG Vs Free Fire – 10 Reasons Why Free Fire is Better than PUBG?

In the world of games, people are always looking out for new and advanced techniques to spice up their free time. With the inauguration of mobile apps, the gamers saw their dreams realized as they came with all advanced techniques and visuals just fit to make the best of recreational moments. For those who are into firearms and battle games, PUBG vs Free Fire provided the much-needed avenue for mobile users.

PUBG and Free Fire are the most popular app-based lite games that offer varying graphics, visuals, and gameplay styles.

PUBG Vs Free Fire: Which One is the Best Battle Game?

Both PUBG and Free Fire were opened to the public back in 2017 and ever since they have provided each other with tough competition. Although in comparison to PUBG vs Free Fire, Free Fire is more popular than PUBG. Let’s discover how and why Free Fire is the more popular and most downloaded shooting game app: 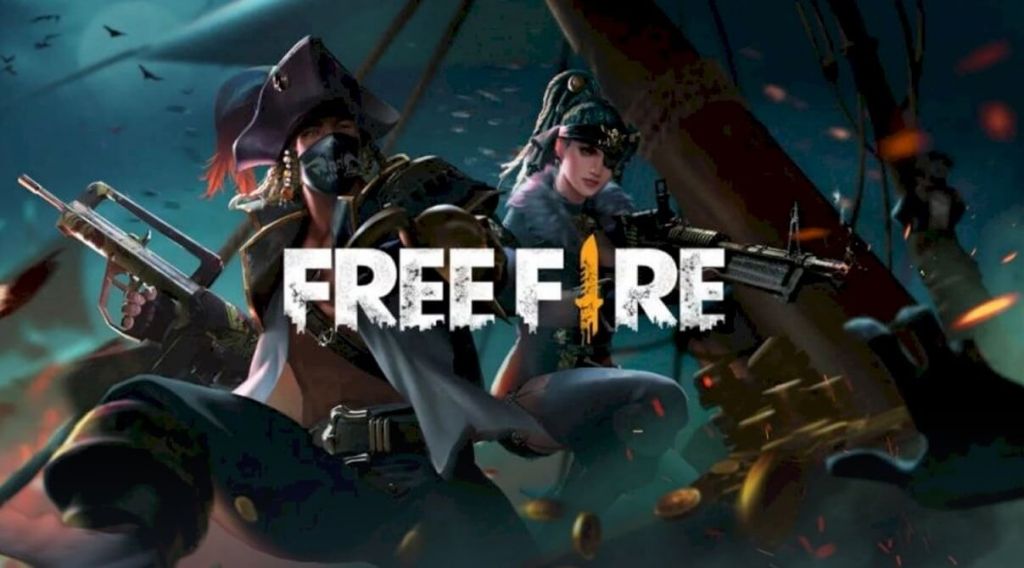 Free Fire is one of the most popular shooting games and has got more than 500 million downloads on Google Play and App Store. In comparison, PUBG has a download rate of 100 million and the Google trend identifies different popularity tracks for each of them.

The download size of PUBG for mobile is 610 MB whereas 2.4 GB for PC. On the other hand, the Free Fire download size is 500 MB apk and 1.6 GB for PC, which is much less compared to that of PUBG. The most common reason behind Free Fire’s popularity is that it can be downloaded easily & effectively on low-end devices, even the older ones. 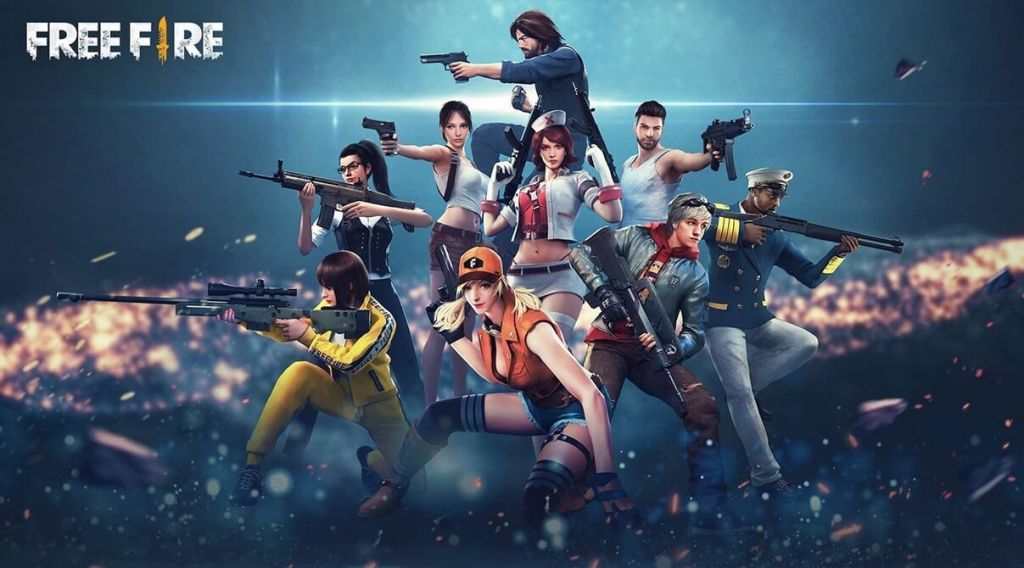 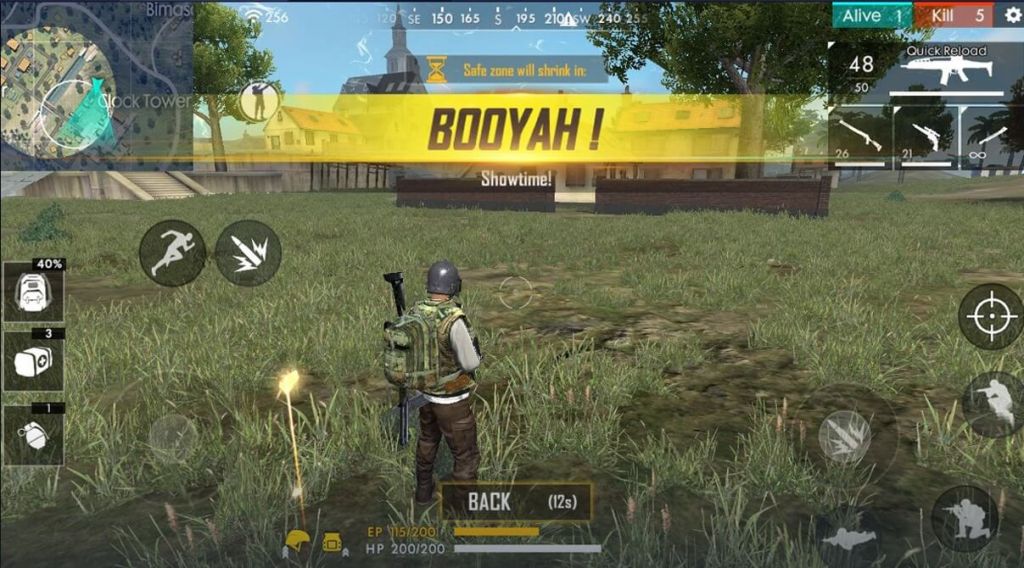 Free Fire is an animated combat shooting game that does not require many technical cliches to set up the battle room for the players. It does require a stable Internet connection but due to being a lightweight game, the data usage is much lower. Free Fire runs effectively on low-end devices and provides easy-to-handle controls along with smooth graphics. It can run smoothly on Android 4.1 or above.

PUBG, however, has strong graphics and requires Unreal Engine, which is quite popular among PC gamers. Unreal Engine enables high-quality, realistic, and smooth graphics for PUBG. It further requires a stable internet connection to play the game smoothly. Moreover, it requires a high-end system of Android 5.1.1 or above to be installed. 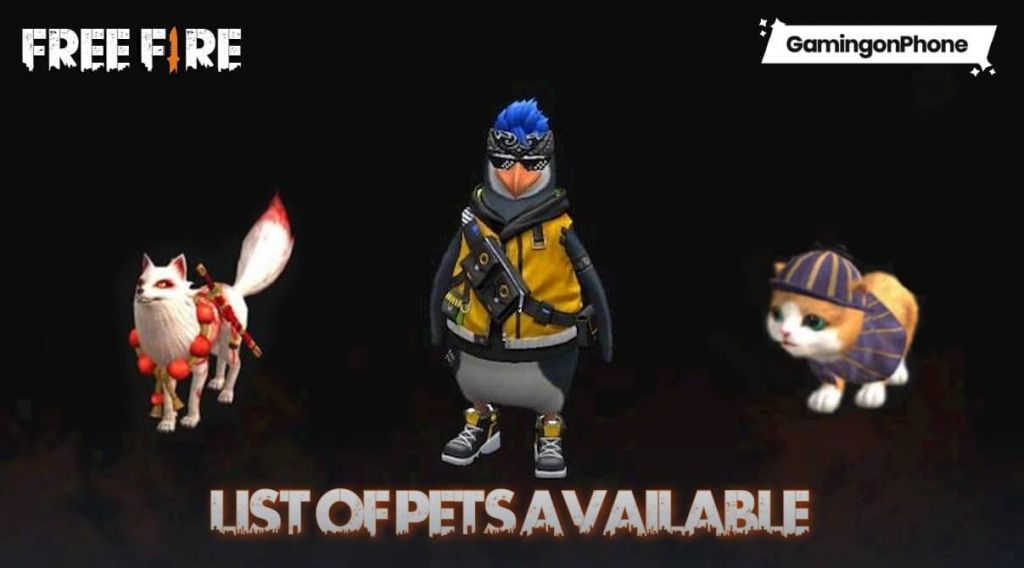 Pet in a game often serves the purpose of making the ladder up the game much more effective and easier. PUBG vs Free Fire pet – In Free Fire, the pet is basically a fantasy pet and quite unique in nature as compared to PUBG. Some of the popular fantasy pets include a panther robot, kitsune spirit fox as well as bear-like panda and due to their unique attribute, they make the game more fun, adventurous and achievable.

On the other hand, a PUBG pet does not have any skill, though being quite realistic in nature. Hence, they are more of a part of costume rather than being a tool to help out in beating the companions. 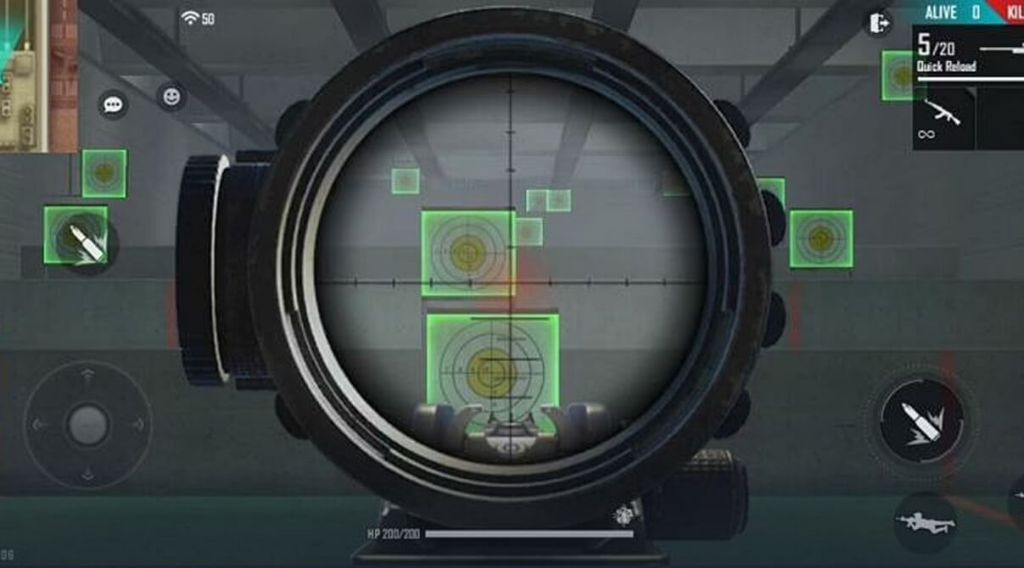 Free Fire comes with an auto-aim feature which is missing in the PUBG through its Aim Precision feature. This aid enables the Free Fire players to target the opponents effectively and thereby jump to the next level effectively. On the other hand, PUBG does not have such a feature which makes it solely the player to rely on his/her perceptions to aim the target right. 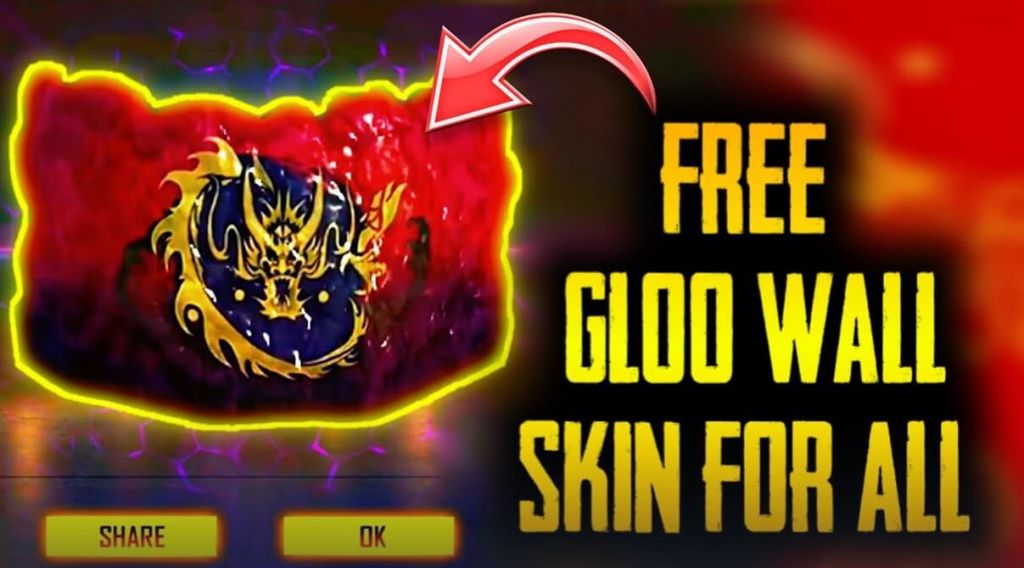 PUBG vs Free Fire – Let’s find out about the gloo walls. In PUBG, there is no such concept of gloo walls to trick the enemies to fight off well in combat. In Free Fire, the gloo walls are used not only to trick off the enemies but further provide them with a cover to hide out for a while, thereby acting as a great defensive shelter. These walls, however, are temporary in nature.

Gloo walls further allow the players to stay in a defensive shelter by fighting off any kind of damage from explosives. 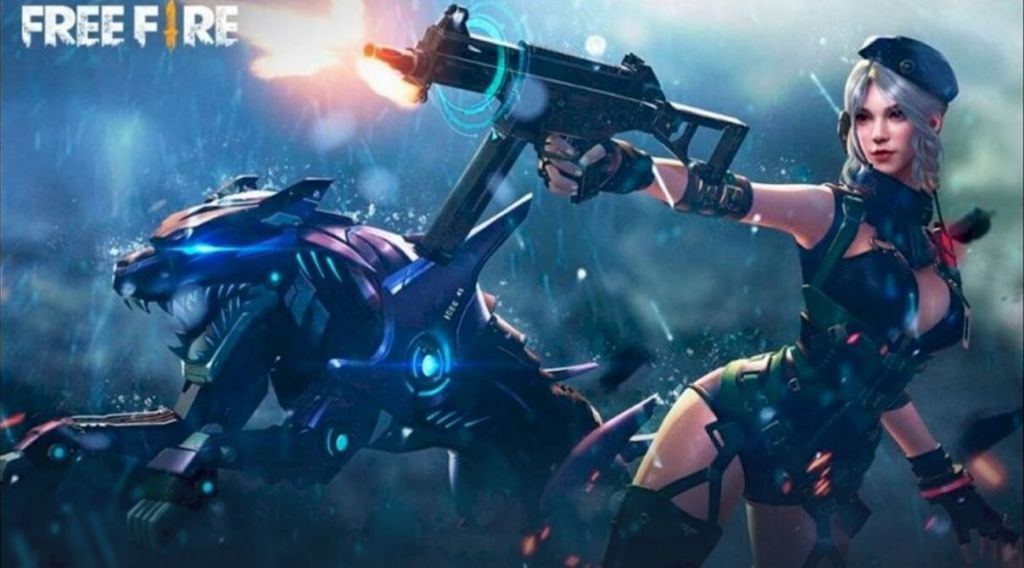 Though both Free Fire and PUBG offer Battle Royal Mode, however the experience offered by both vary in countless ways.

In PUBG, the Battle Royal Mode was revamped through the inclusion of 100 players. The players fought until one of them was ready to take the crown. However, Free Fire stepped up the mode for Battle Royal Game. It reduced the number of players to 50 as well as reduced its period to a shorter and fast-paced version. Thereby, Free Fire allows the players to end the game as fast as 10 minutes while gearing up for the next one. 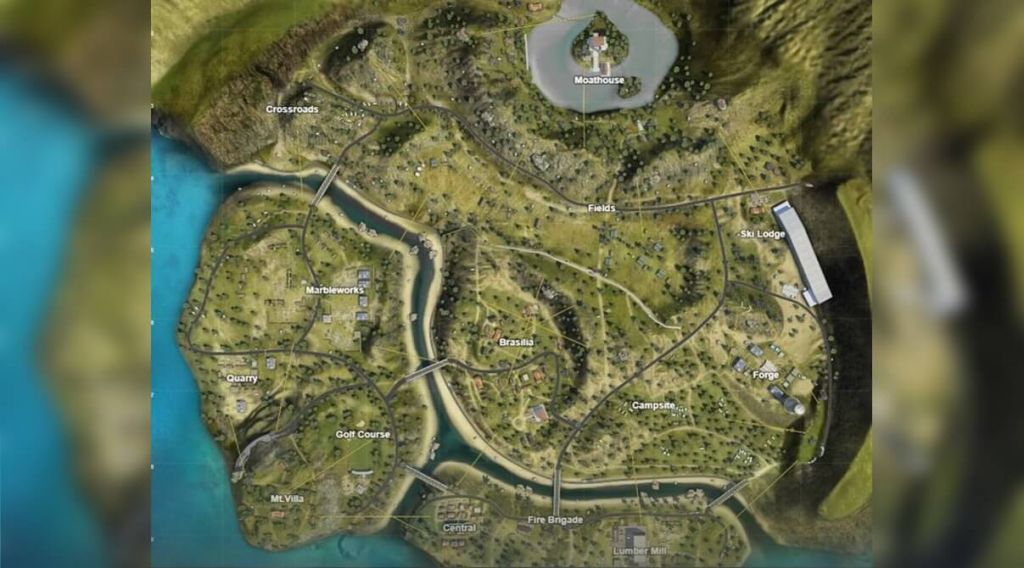 PUBG vs Free Fire – the comparison of maps shows that the Bermuda map is the most popular one. PUBG mobile offers five kinds of maps, including Karakin, Livik, Miramar, Erangel, and Sanhok. However, it is more popular for the Battle Royal concept mode.

However, the Free Fire holds the major three battle royal maps, including Kalahari, Bermuda, and Purgatory. Also, recently it was shared that the most popular Bermuda Remastered will become a permanent part of the game. 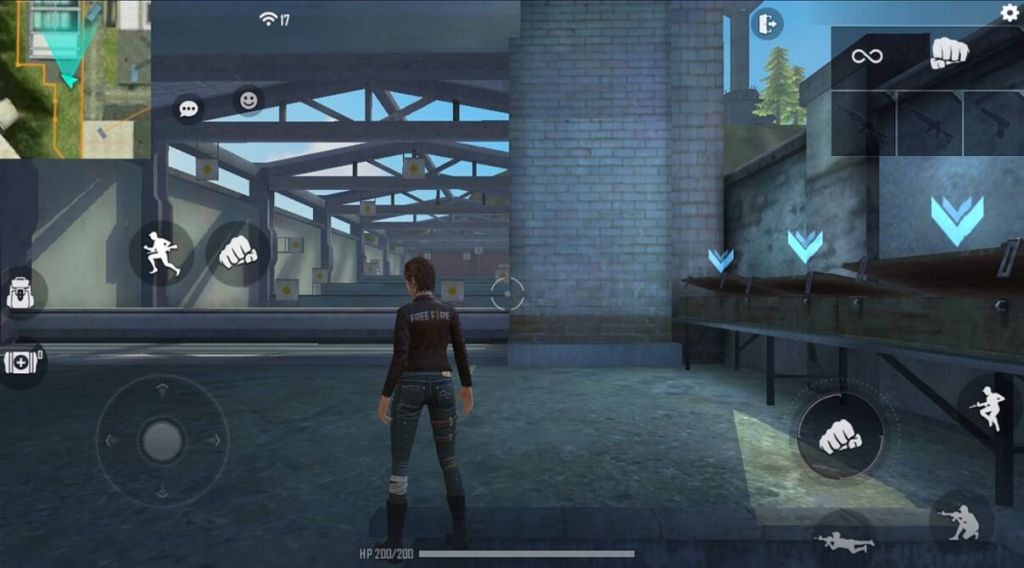 On the other hand, Free Fire offers a variety in terms of modes and their sub-modes. Some of the current modes within the Free Fire include Ranked Game, Classic, Clash Squad (Ranked & Non-ranked), and Cosmic Racer. 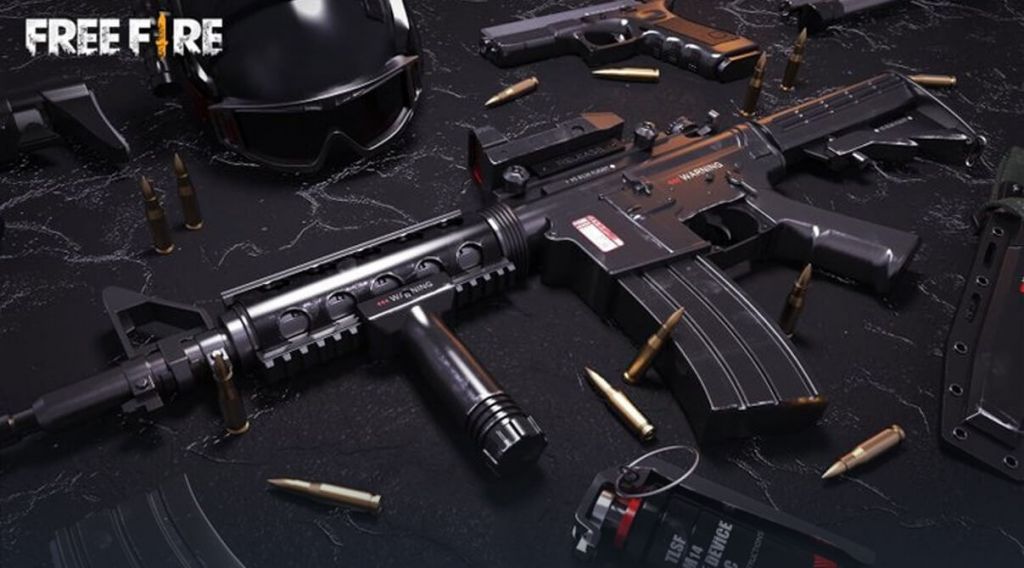 When it comes to weapons, PUBG vs Free Fire offers a number of similarities for the variety of guns. Both PUBG and Free Fire offer a massive arsenal to be employed within the battlefield. Some of the common weapons included within both games are categorized as SMGs, ARs, LMGs, and shotguns.

Free Fire does not offer a separate category for DMRs. However, it provides the players with gun skins, which are effective in terms of extra protection and extra range!