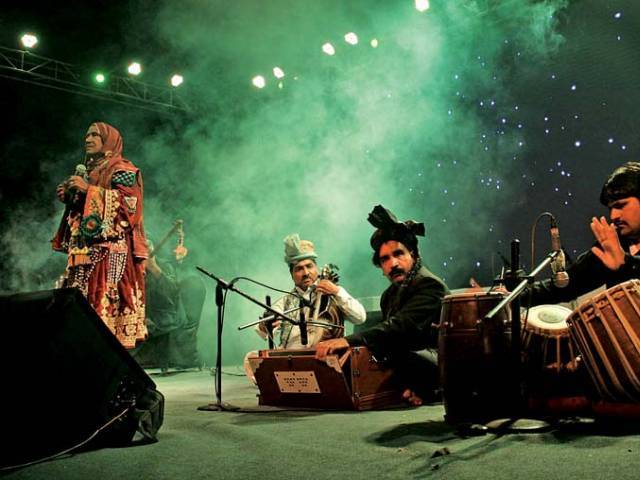 Caravanserai, a regional cultural festival traveled from Kabul to Karachi on Saturday March 26, 2016 at the Beach Luxury Hotel with a peaceful and quiet gathering.

Purpose of the Festival

Regional cultural festival was initially planned to be held in Kabul, the historic capital of Afghanistan. It was organized with the purpose of bringing to light the several elements that impact the geo-political instability along with encouraging for a cross-border negotiation. But, as a result of some security threats received by the organizers of the festival, it travelled to Karachi.

Caravanserai was held with the objective to give a platform to distinct voices and narratives from Afghanistan, India and Pakistan. The director of the festival, Dr Francesca Recchia mentioned that they had to undergo a lot of trouble in achieving this objective in terms of shifting from Kabul to Karachi. Dr Recchia also mentioned that Karachi is a very hospitable city and it is filled with a dynamic social fabric and hence is favorable in terms of cultural and intellectual engagement.

The event began with a panel discussion with the name of â€œThe city and the cityâ€ that brought together Akbar Zaidi, the research and Ali Latif, the Afghanistanâ€™s LA Times correspondent representing Karachi and Kabul respectively. The session was moderated by Nazish Brohi wo claimed the two cities for having immense heritage and several identities. Moreover, the two speakers explained the heritage and culture of their cities and the transition that took place.

The second panel discussion titled as â€œThe art of storytellingâ€ brought forth Mohammad Hanif and Saba Imtiaz, the two journalists and fiction writers together with Latifi. They shared their personal experiences of writing long-form fiction or reportage. The concepts of authenticity were highlighted by Mr Latifi with reference to western journalists. Ms Imtiaz elaborated upon her struggle with respect to fiction writing and finding suitable characters to write about. Moeover, Mr Hanif discussed the significance of entertainment for people rather than simply educating and informing them through writings.

The festival also projected two photo exhibitions. One of the exhibits was from Suchitra Vijayan based in New York. This was titled as Borderland Project. The other one was from Annie Ali Khan with the name of Pilgrims of Indus Highway.

All in all, the regional cultural festival contributed towards the revival of cultural values and customs of three different regions and combined them in a beautiful way.

Pakistani Writers That Left Us in the Year 2015