Pakistan’s film and drama industry has given us a handful of masterpieces throughout the years. Every year, we get to watch a number of dramas on our favorite TV channels or YouTube. Also, the industry has a reputation to build up a storyline for its dramas. Each popular drama gets millions of views. Only a few go unnoticed and without hype. Following the latest dramas, we are excited for an upcoming series ‘Ishq-e-Laa’ that casts ever-gorgeous Sajal Aly alongside her co-star Azaan Sami Khan.

Related: Best 8 Pakistani TV dramas of 2020 that you would want to watch again

The Pakistani Drama industry has produced hundreds of remarkable dramas. The past two decades witnessed some remarkable dramas. From the legendary ‘Alpha Bravo Charlie’ to ‘Humsafar’ and from there towards Alif, we have traveled a spectacular journey. It is safe to say that all those dramas are worth every second of our time. Now, the new era is coming up with different storylines. These stories unveil realities under the surface of our society.

Ishq-e-Laa is going to be one of those dramas that will keep the story real and not fanaticized so the audience can connect with it. 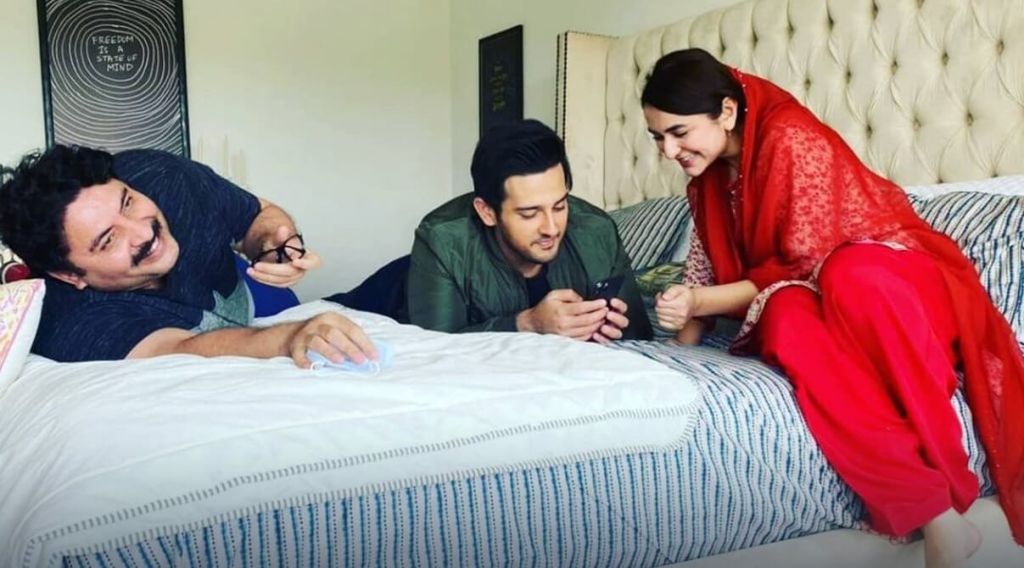 The drama stars Ahad Raza Mir’spouse, Sajal Ahad Mir, and Adnan Sami’s son Azaan Sami Khan. Azan Sami Khan is a popular singer, music director, and a beloved artist of Pakistan. He has given us marvelous soundtracks in the short span of his career. His famous music production in a Pakistani movie ‘Superstar’ for the song ‘In Dinon’ has reached millions of views on YouTube alone. Further, Azaan will make his debut in the drama and everyone is excited to watch him act.

Along with these two talented faces, the young and stunning diva of Pyar Ke Sadqay, Yumna Zaidi is also in the leading role. Yumna is full of talent and her diverse roles in many dramas have won the hearts of millions.

The Story and Direction of the Drama 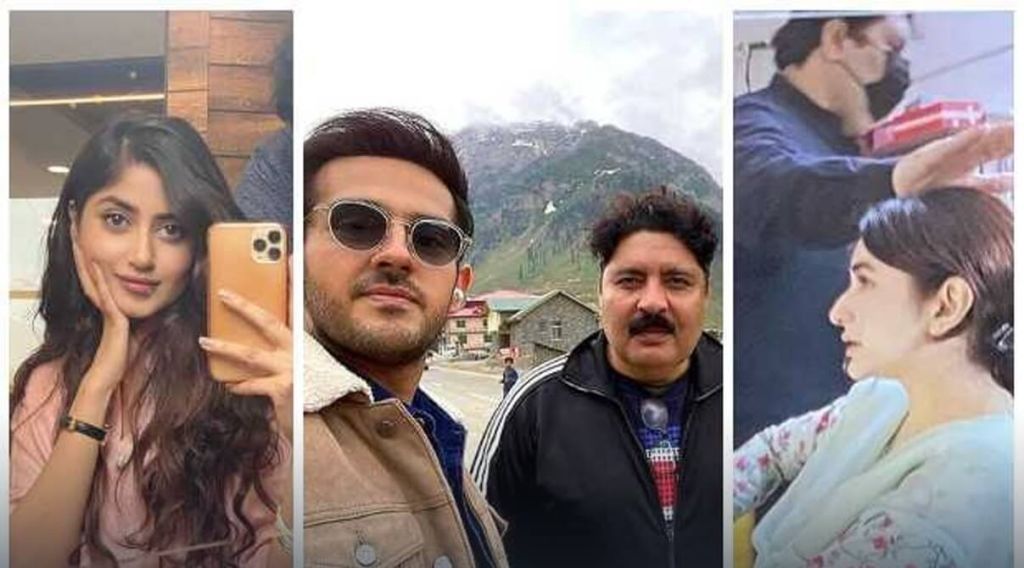 Ishq-e-Laa is a Momina Duraid’s production, which is directed by Amin Iqbal. Qaisra Hayat who has contributed some of the good novels to Urdu literature pens this story down. If you are not familiar with the name, Alif Allah aur Insan was Qaisra Hayat’s composition.

The story revolves around a love triangle among the three lead roles. However, there is uncertainty as to what will be the plot of the drama and we are on our toes to find it out.

Related: All about Mahira Khan

So When is it Coming Out? 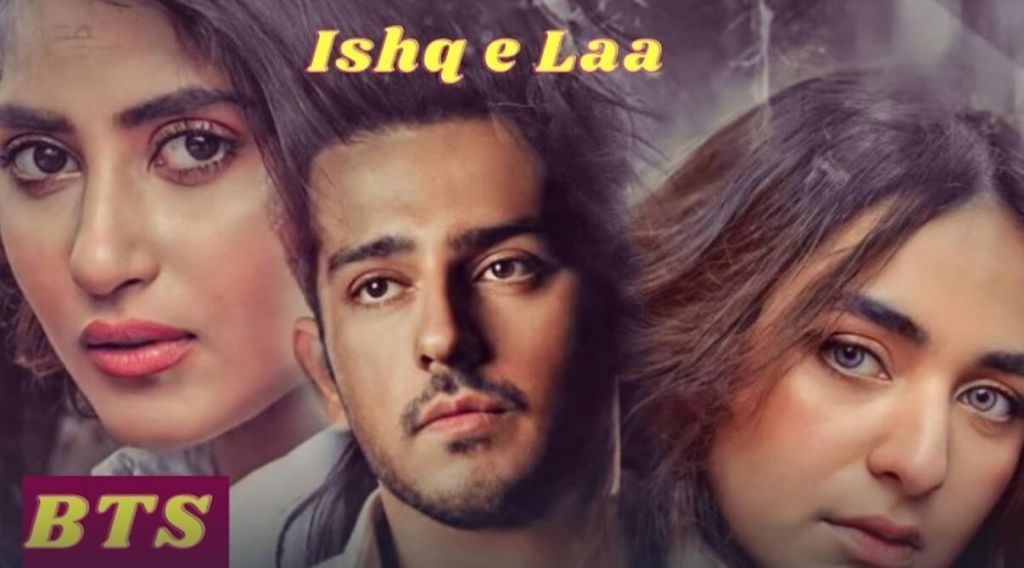 Fan-made teasers and trailers have made some rounds on social media and got each one of us pumped up for its release. However, there is no official trailer for the drama yet. It was earlier announced that Ishq-e-Laa will be on air somewhere between august but we guess we have missed that window.

Yumna Zaidi, in a talk show, talked about the drama. She stated that it will be out in September for the audience. 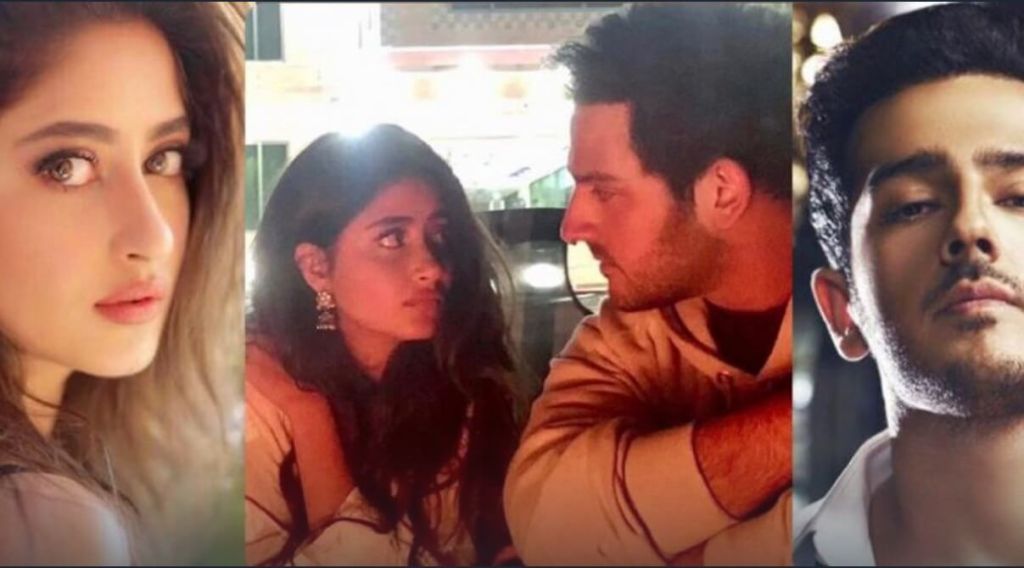 Some of the offset pictures that Sajal Ahad Mir has shared on her Instagram got most of her audience’s attention. The actress has shared a picture with Azaan Sami with the caption ‘Ishq -e-Laa’. The number of views and likes it received made it obvious how anxiously the audience is waiting for the drama to come out.

Amin Iqbal has also shared some BTS with Azaan Sami Khan and Sajal Aly on his socials with the hashtags of Ishq-e-Laa.

Pakistani Dramas, specially Hum TV series, occasionally get backlashes for depicting out only marriages and divorces in the drama. While sometimes stories are often true to some extent, these should not be the only topics on which production companies should base a drama.

Following all the discussions on the online forums, we can analyze that Ishq-e-Laa is going to be different and a hit for the Pakistani Industry. Moreover, we are curious to find out about the story and it is keeping us on our toes.

Enough has been done to create the hype. Social media channels have shared the BTS. Stories have been told in bits and pieces by authors. Also, many interviews have made rounds in the media highlighting Ishq-e-Laa.  So, now is the time for the show.