Islamabad is the capital of Pakistan. It is located in the Pothohar Plateau in the northern part of the country. It is also called the Islamabad Capital Territory. Due to its location at the intersection between the North West Frontier Province and Rawalpindi, this region has a considerable historical impact. Islamabad is home to many government buildings and institutions, as well as embassies and international organizations. The city is also a popular tourist destination.

Today, we are going to take you on a journey to one such place located in the heart of Pakistan, in the capital city Islamabad. This journey will urge you to visit these caves at least once in your life and get to know those people who lived there thousands of years ago.

Islamabad was designed and built to replace Karachi as Pakistan’s capital in 1967. A Greek architecture firm Doxiadis Associates designed the city’s master plan. The CDA or the Capital Development Authority now does the planning and developments in the city.

The city is home to many landmarks and attractions, including the Faisal Mosque, the Pakistan Monument, Daman-e-Koh, Margalla hills, Los Virsa, Shakarparian, etc. Islamabad is also a great place to shop for traditional Pakistani goods and souvenirs.

Shah Allah Ditta Caves – A Journey into the History 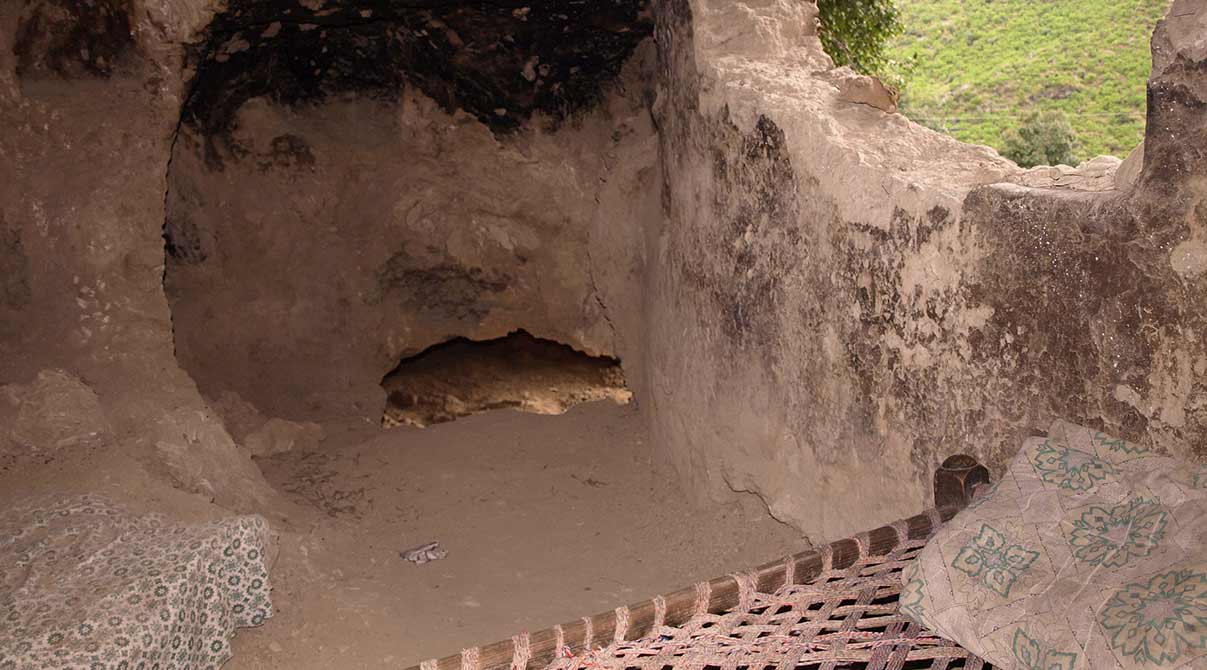 Caves are one of the most unique and fascinating places on Earth. They offer a rare glimpse into another world, one that is often hidden from view. They tell a story of their own, a history that wants to be explored.

Exploring caves can be an exciting and adventurous experience. It’s a great way to get outside and see something new. Caves can also be educational, providing information about our planet’s history and religions dating back to hundreds and thousands of years. Isn’t it cool to get a glimpse of how life must have been in those times? How did people use to live their lives? What were their religious and daily life activities?

Related: Pakistani Cities to Visit if You are a History Geek 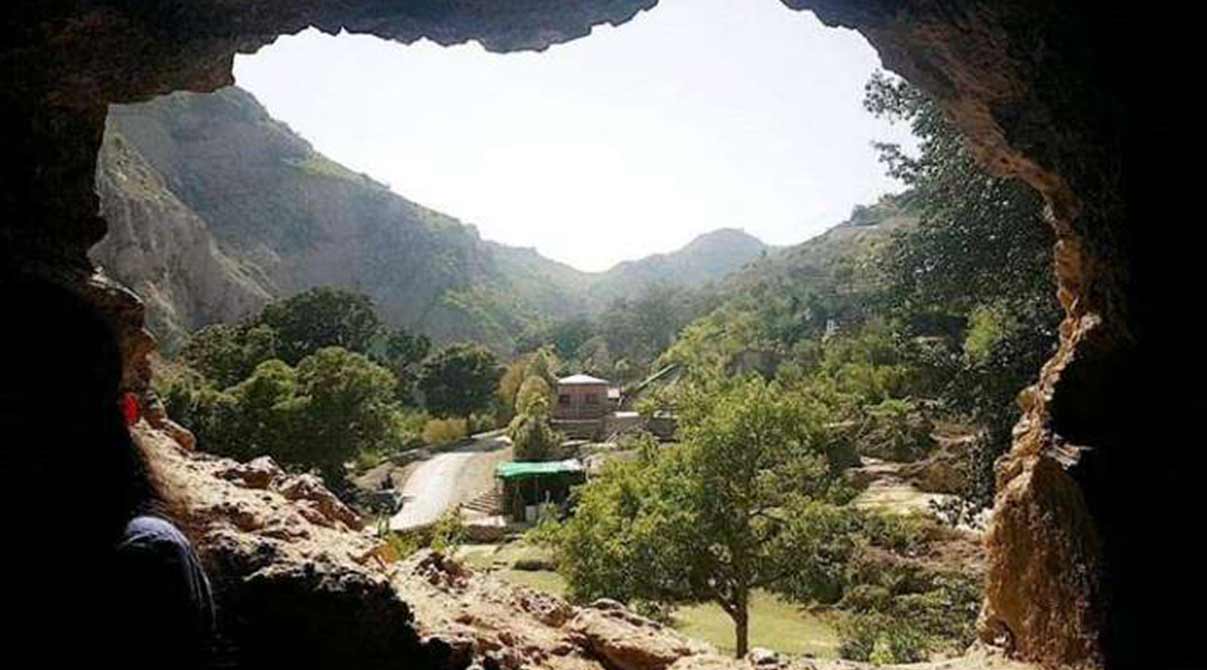 Shah Allah Ditta, sometimes referred to as “Sadhu ka Bagh,” is growing in popularity and drawing tourists quickly. In the Margalla Hills near the capital, close to the tomb of Hazrat Shah Allah Ditta, a saint from the Mughal Empire, are the centuries old Buddhist caves.

On the road heading towards Khanpur are located the Shah Allah Ditta caves. These caves are close to Shah Allah Ditta’s mausoleum and cemetery. You can see Buddha artwork from the Buddhist era, dating back 2,400 years, on the cave ceilings of Shah Allah Ditta. From the caves up towards the mountainside, there’s a mosque constructed by Shahab-ud-Din Ghori as well as a stepwell named Losar Baoli. The mosque’s walls are shattered, and the road that leads to it is in poor condition.

The Shah Allah Ditta Caves are not a popular tourist destination in Islamabad, but are worth exploring. Earlier very few people knew of the caves and visited the place. Now more and more tourists visit them. Especially those who are more inclined to history, or the ones from Buddhist or Hindu religions. 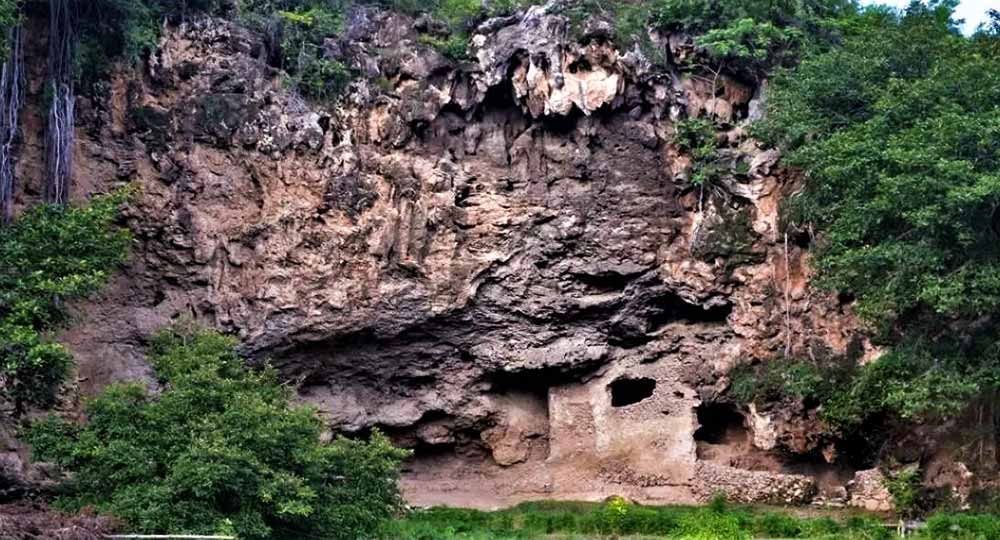 The caves are situated in the Margalla Hills and offer a breathtaking view. The caves formed over thousands of years and are a perfect example of Mother Nature’s handiwork. Visitors can explore the caves on their own or take a guided tour.

According to archaeological findings, Buddhist monks and afterwards Hindu sadhus frequented the caverns and platform-like structures nearby for contemplation before Muslim saints gained control during the Mughal era.

The Shah Allah Ditta caves show signs of extensive human habitation over a long period of time. The caves are consist of two porous sandstone rock shelters that formed naturally and are present on both sides of a hot water spring. There is also a beautiful and mesmerizing waterfall near the caves.

Moreover, a wall made of undressed stones set on mud mortar blocks the front entrance of the eastern cave. In the far north, there is a tiny entrance to the cave. The inhabitants used plaster to cover the cave’s exterior, and it has several crimson coatings. Unfortunately, some paintings in black color, that the residents created on the smooth surface of the wall, deteriorated over time.

Related: A Complete Guide to Hiking in Islamabad

In nature, the paintings appeared to be of Hindu religion and most likely depicted god Vishnu (savior). The cave’s interior is split between upper and lower portions. The walls of the cave have decorations of mud plaster. And the white wash that the residents applied over it is now blakish due to the smoke from the fires that they used to light.

The ruins of a square water tank and a paved channel made of line stone blocks placed in lime mortar are visible in front of the cave. In Shah Allah Ditta village prior to independence, there were a lot of Hindu households residing there. They continued to occupy the caves up until 1947, using them for religious activities.

Tourists visit the Shah Allah Ditta caves the entire week. But on Saturday and Sunday, the site gets most busy, especially around 5-6 pm. As many people are free from their work, or studies, and are enjoying the weekend. The weekends are a perfect time to travel to Shah Allah Ditta, and explore the beauty and rich history of these caves. 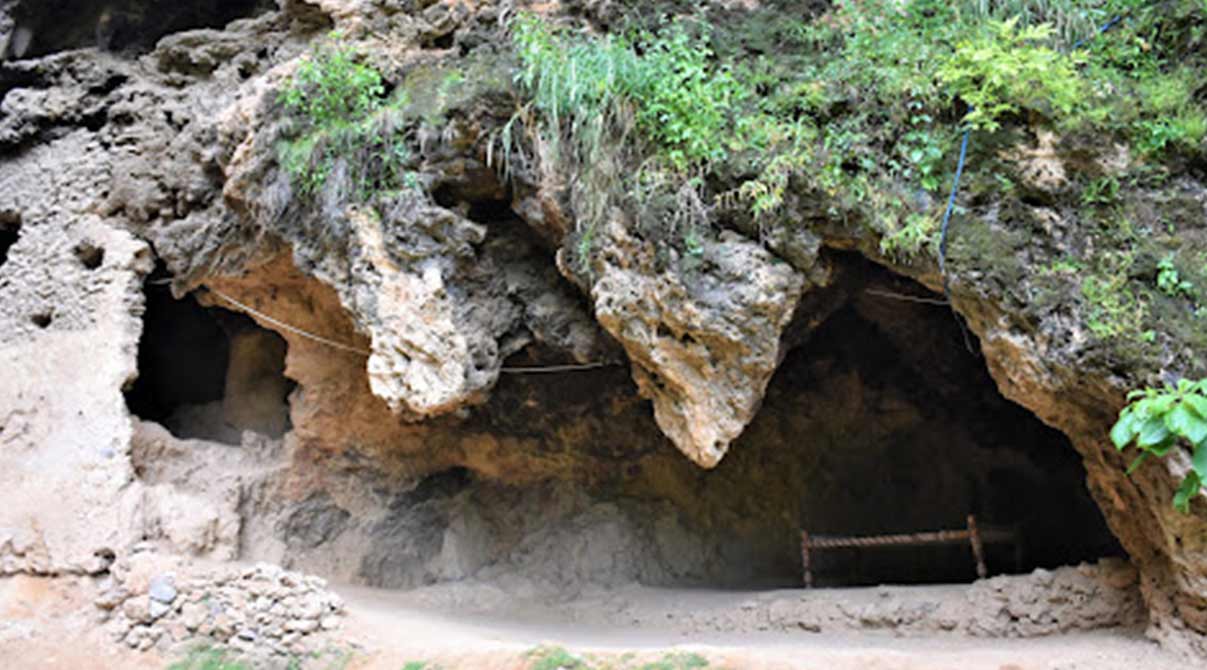 At the base of the Margalla Hills in the Islamabad Capital Territory, there is a union council and a village that dates back hundreds of years called Shah Allah Ditta. Alexander the Great and Sher Shah Suri used the town, which the archeologists consider to be over 700 years old, as a passageway from Kabul to the Gandharan city of Taxila. While Mughal emperors and other emperors frequently went through it on their way from Afghanistan to Hindustan.

The place is cold in the summer and warm and pleasant in the winter. It feels peaceful and heavenly. Many tourists who visited this place absolutely loved it. They enjoyed their visit to the Shah Allah Ditta village and caves.

The Natural History Museum, Department of Architecture, Taxila Institute of Asian Studies, Quaid-i-Azam University, and a recent initiative by the Mass Communication Department of NUST have all pushed the government to safeguard such cultural monuments belonging to the Mughal era.

After understanding how crucial it was to protect this 2,400-year-old archaeological site, the Capital Development Authority (CDA) eventually authorized the plan in October 2010. The idea includes maintaining both the Buddha caves and the nearby park known as “Sadhu ka Bagh.” The old Saidpur Village, which is likewise present at the foot of the Margalla hills, was the first historic landmark site in Islamabad that the government selected for preservation.

Although the Prime Minister’s Endowment Fund executive committee granted Rs3.6 million (about $27,000) in June 2018, for the site’s conservation and development. It did not take any practical measures so far.

To sum up, the Shah Allah Ditta caves are a must visit site for all, especially for archeologists and anyone interested in history. This place has a lot to offer and will keep you in awe of the ancient times. It will take you on a beautiful journey into historic times. And you’ll definitely wish to visit it again.