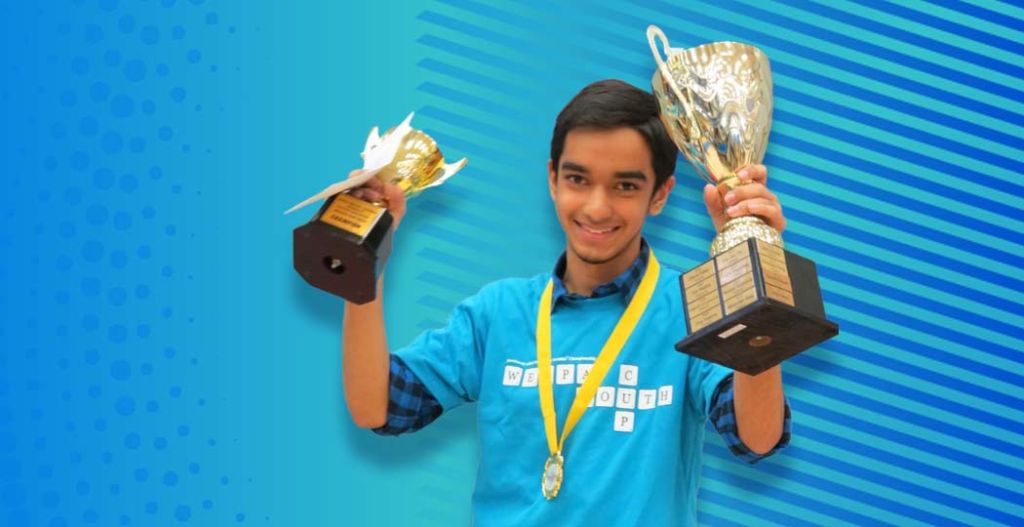 In August of 2021, the name of Syed Imad Ali was on every headline and tweet in Pakistan. He secured first place in the ‘World English Scrabble player Association’ or (WESPA) Youth cup held in Karachi.


In a scrabble tournament, one round has 13 games. In the finals, Imad won 9 of them. In second place was India, Represented by Global Kamath who won 9 matches but lost due to inconsistent spread. The third position was secured by Napat Vatjanorathorn from Thailand by winning 8 matches in the final round.

Imad is an exemplary 15-year old who has claimed this title for the second time. In 2018 he won the WESPA Youth Cup in a  tournament held in Dubai. In November 2019, Syed Amad Ali won the Junior Scrabble Championship held in Torquay, England. He was the first young-teenager player to participate competitively in the tournament.


At the Prize distribution ceremony, Nadeem Omar, President of Pakistan Scrabble Association and owner of PSL franchise Quetta, presented the prizes to the deserving youths.

He went on to emphasize the importance of encouraging inter-school championships worldwide. He spoke at the event;


“Pakistan is performing exceptionally in scrabble because there is no engagement of the government in it. Sports have gotten wiped out from the educational establishments in Pakistan and it is the sole reason for Pakistan’s downfall in the field of sports and other athletics.”


“by triumphantly holding the world online junior scrabble championship, Pakistan established that it has both talented youth and the technology to become victors.”