Comedy is fun to watch for the audience but only comedians know how much they work to come up with a skit that would make everyone burst into a laugh. Standup comedy is an art that has been progressing in Pakistan for quite some time. Legends like Moin Akhtar, Umar Shareef, and many others gave us some hilarious performances that still crack us whenever we see them on the internet. Ever since Standup comedy has progressed to a much greater extent. Today we have some great standup comedians like Danish Ali, Umar Rana, and many others who are full of talent and take the stage with confidence to give us some good time. Today we are going to talk about one of these emerging faces who has made a reputable name in the comedy genre in a very short span of time. We are talking about no other than Tabish Hashmi.

Who is Tabish Hashmi? 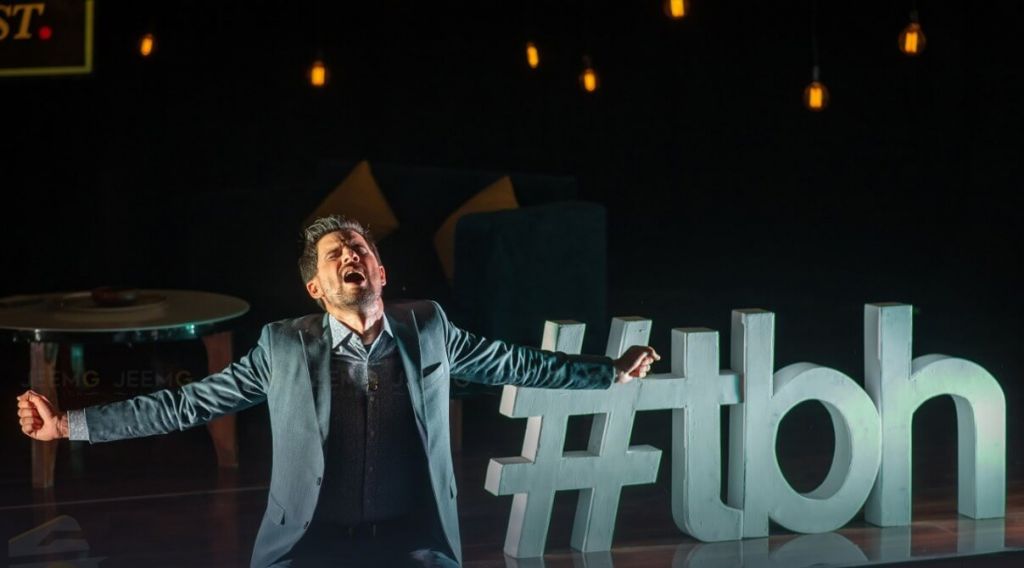 The personality is a famous Comedian who is known for his wit and hilarious sense of humor. Hashmi has hosted many comedy shows each of which has been a success due to his talent. Tabish’s journey of stardom started with his famous show named To be Honest aka TBH.

What is To Be Honest?

To be honest is a comedy show produced by Nashpati Prime. In the show, Tabish Hashmi hosts famous personalities to interview them with his hilarious sense of humor and some rapid-fire questions and answers. The show more than often results in producing some great hilarious moments, sometimes unfiltered. This makes this show viral time and again when its funny moments from the show get thousands and millions of views.

Tabish Hashmi’s To be Honest Storms the Internet

The show has made several rounds over social media and gained much hype because of its viral content. There are many reasons that we count as the main factors of its success.

Here is why you are seeing so much of the show on the internet:

Tabish Hashmi is hilarious with his questions and responses. He put some serious energy into the show. He makes the show a whole lot better. It is safe to say that if not for him, the show would not have thrived as much as it does today.

2. Pakistani Celebrities on the Show

The other major reason the show gets thousands of hits is that it only hosts celebrities. Celebrities already have a fan following. They watch the show because they get to see the funny side of their beloved celebrities.

Tabish Hashmi has his way to indulge every celebrity to be funnier on his show. Briefly, his influence makes the guests come up with funny responses as well. Moreover, Tabish asks the funniest questions to which the response has to be funny.

A few months back, Tabish hosted Ayesha Omar on her show. Ayesha made some remarks on ideal personality in which she stated that height matter for her. In response to Tabish’s funny wit that he is tall, Ayesha responded that face matters too. Although she was being sarcastic, the viral clip got many hits on social media. The show in general went successful and attracted many viewers.

Related: Top 20 Pakistani YouTubers you should be following

The other major reason behind the show’s success is its unfiltered content. Tabish Hashmi comedy often takes turns on sensitive content that Pakistani enjoy too much.

Recently, Tabish hosted Mathira on her show, which attracted more than 5.2 million views. Both Mathira and Tabish have fired up the stage with their comments on various topics.

Stand-up comedy is seeing some great revolution by today’s talent and it is because of them that we can enjoy some great laughs. Watching these stand-up comedians live in their show is a whole lot better experience.  We hope we get to see new faces in the industry with as much talent in comedy as Tabish and many others.