Top 15 Pakistani Guitarists That are Making a Mark

Pakistan is home to many successful and talented artists. Let’s take a look at the most famous guitarists of Pakistan in this article.

It is only reasonable in this digital era for artists to create social networks rather than acquainting themselves with organizations to assist enhance someone else’s work. And, within midst of the epidemic, while young musicians have no one else to turn to and live acts there’s nowhere to turn, it only makes perfect sense for the greats to guide the lost and bewildered.

Pakistan has experienced a surge in musical talent. Whereas, the country has several incredible guitarists and musicians in general. But if you’re not aware of the local music industry, various faces jump to mind when it comes to guitarists.

History of Music in Pakistan 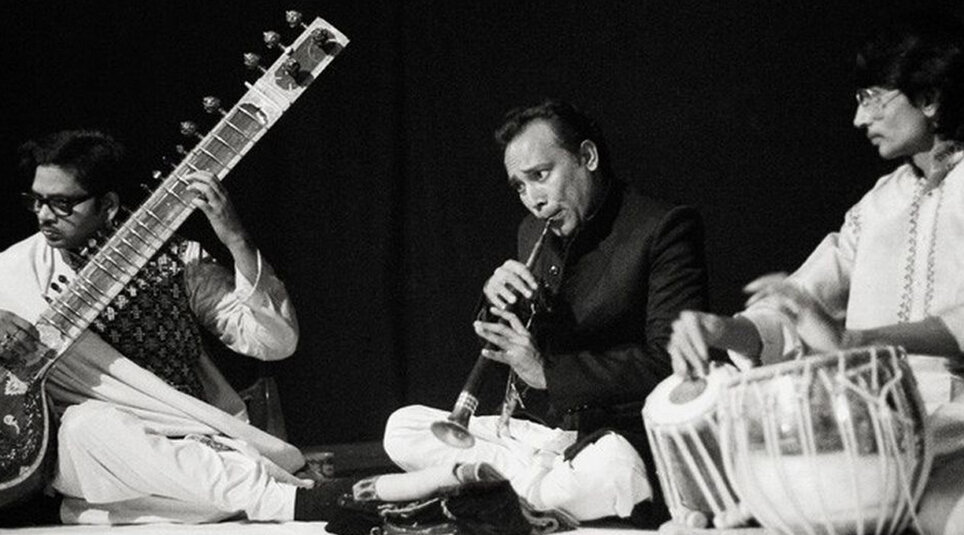 Pakistani music has traditionally been divided into three categories: classical music, semi-classical music, and folk music. Beginning with classical and folk music, we will incorporate additional musical styles into our discussion. Their importance to today’s music scene is also discussed. Pakistanis music’s classical style derives from a continuance of the Indo-Muslim musical heritage, which arose as a consequence of decades of Hindu-Muslim cultural contact. Hindus had a rich musical tradition in the past, although history is murky in its details.

But, it is widely assumed that primordial Indian music originated with the religious life of the Aryans. Who used to recite lines such as ashlokas and mantras from the Sama Veda, which Hindus feel is the root of all music. The chanting genre is known as Dhurpad, and it was the monopoly of elevated Brahmins who conducted their religious observances in temples and declined to let poor Hindus or Muslims to enter and listen to sacred music, feeling it was an act of blasphemy. It is often assumed that Hindus learned the complexities of classical music from Muslim masters. 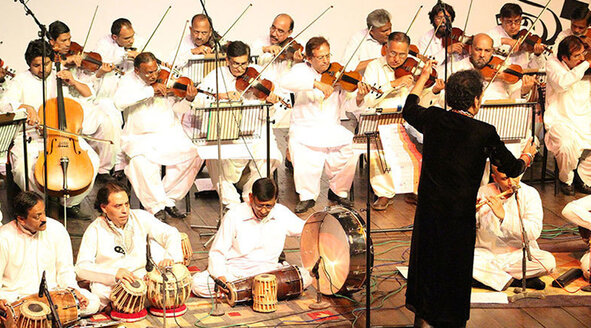 Pakistan’s musical traditions are as diverse as its people and areas. Unfamiliar styles and sounds to the Western ear are at the heart of a centuries-old musical legacy. Understanding and responding to Pakistani musical traditions, on the other hand, does not have to be difficult. Music is created and performed in similar ways by people all around the world for similar purposes. In this way, music from one culture is not that unlike to music from another.

Whereas, each culture’s music is enhanced by the use of instruments. Pakistan’s music-making legacy. As compared to Western instruments, the instruments often employed in Pakistani music may appear and seem foreign, although instruments from different cultures have much more in similarity than what most people realise.

A plucked, stringed instrument akin to a guitar made of wood and gourd. The gourd aids in the resonance, or loudness, of the strings’ sound. The sitar is often utilised in Pakistani traditional, religious, and popular music.

A pulled lute having gut strings, is by far the most unique instrument of northern Pakistan and Kashmir.

A tabla is a pair of hand drums that differ in sound and size. It is one of the most often utilised percussion instruments in Pakistani music, both religious and traditional.

It is a two-foot-long pair of fire tongs with a huge iron ring at one end. It is performed by clicking the open tongs together and smacking the hefty iron ring with a clanging sound against the tongs. This instrument, which is most popular in Punjab, is a relic of previous Turkish invasions.

It is a double-headed drum fashioned from the trunk of a mango tree and wrapped on both ends with goatskin. A broad curved stick is used to make a deep sound on one side of the dhol, while a smaller straight stick is used to produce a higher note on the other. The dhol is used to accompany dances, assemble people for significant announcements, and as a messaging drum between communities throughout Pakistan.

A piano instrument that makes sound by pumping air across metal reeds, causing them to vibrate, similar to an organ. Despite the fact that the harmonium was invented in France.


The musical style and manner in which it is performed in Pakistan differs widely among its four regions.

“Performance music” is quite popular in Sindh. It is similar to Western music in that the audience sits silently and listens rather than dancing or participating in the creation of the song. Kafi music and poetry penned by Sind’s most recognised poet Shah Abdul Latif are among the most popular styles in this region.

Given the multitude of livestock tribes in Balochistan province, professional roaming musicians are an important component of the musical culture. The travelling musicians’ songs are often ballads or love songs, with the musicians singing a musical instrument.

As a kind of sufi singing, Punjab and Sindh share the kafi. Participatory music, including songs and dancing, is significantly more frequent in Punjab. Punjabi music includes songs with rhyme and humour, generally in a call-and-response structure.

Related: Pakistani Underground Artists You Need to Watch Out For 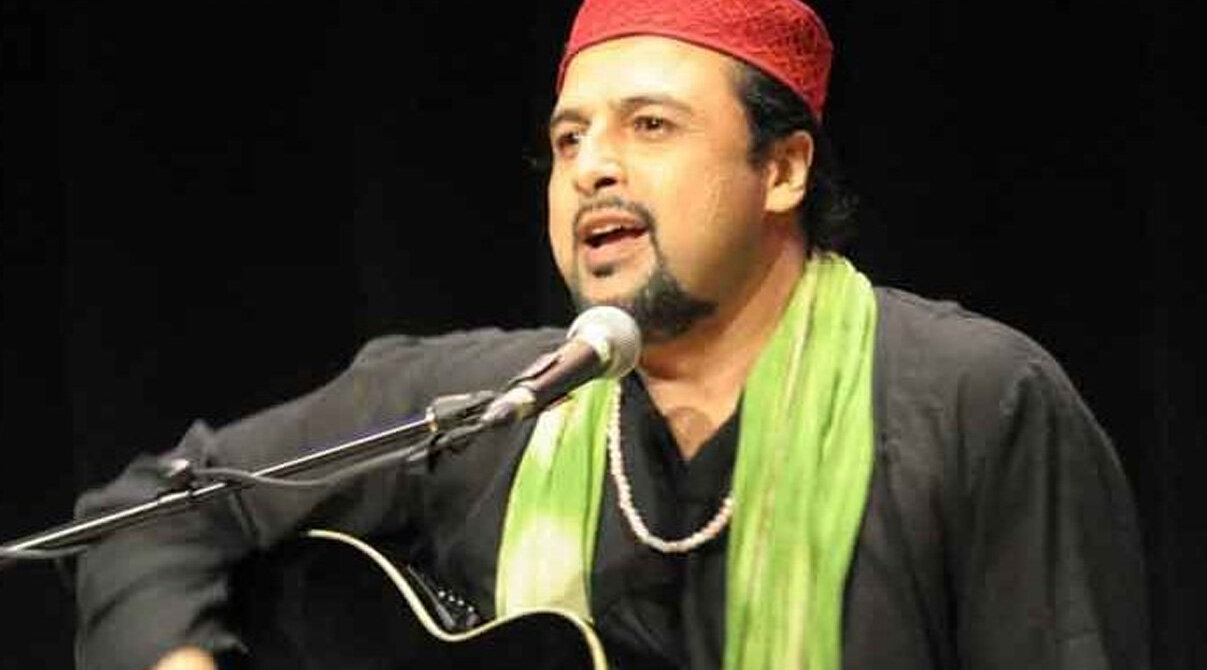 He is a top guitarist of Pakistan. Salman, in collaboration with Ali Azmat and Brian O’Connell, essentially transformed the face of Pakistani music. Junoon’s style of Sufi Rock struck a chord with people all throughout the country, propelling the band to the top of the Asian rock scene. And the reason is straightforward. Junoon band has the capacity to write beautiful and popular melodies without losing melodic quality. 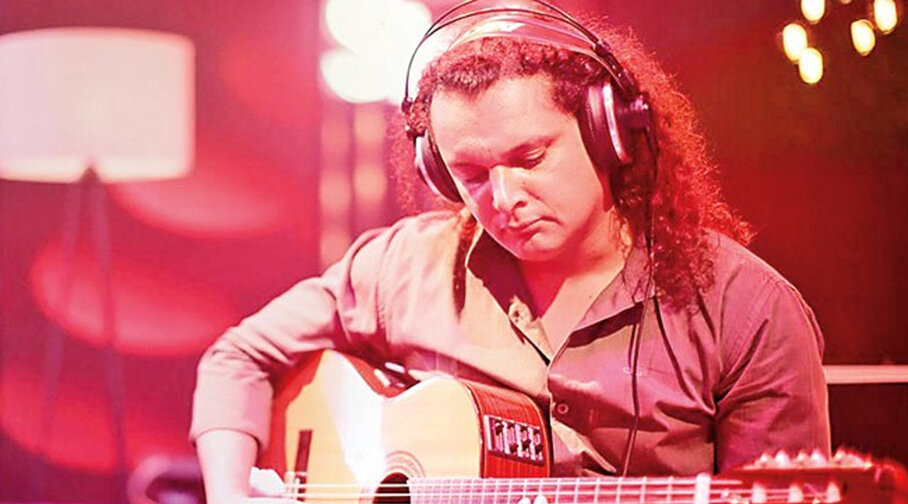 He is a fastidious individual. His extensive musical expertise and degree from Berklee College of Music place him among Pakistan’s finest guitarists. He was able to bring a fusion style and make it appealing to generations of music lovers across Pakistan with his critically acclaimed Mekaal Hasan Band. His performance is scholarly in nature, it’s almost like seeing a researcher write music. These performances and compositions all show a notion that prioritises the music over its own individual aspects. Everything he is doing is planned and deliberate. 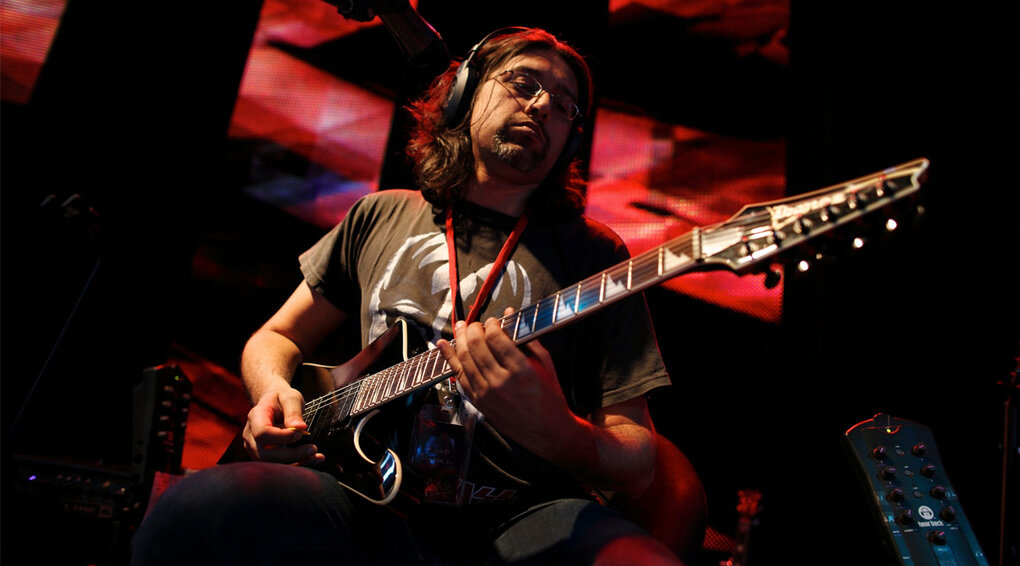 He is a well-known personality and more lately the guitar player for Coke Studio, is most likely an entertaining guitarist on this list of guitarists. Asad, a full blooded rockstar at core and always concerned with technique or performing a billion notes per second. His staple has always been fast and slows. Honestly, In terms of music, he has always performed whatever he loves. 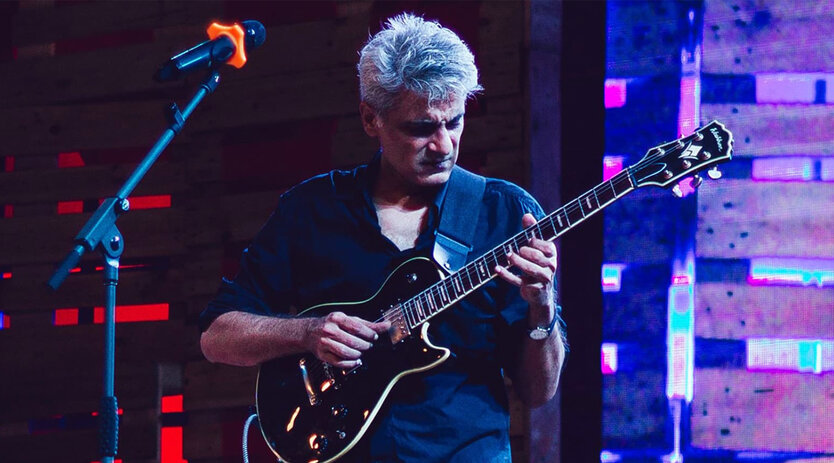 He has been considered as one of the greatest guitarists in the country. Amir Zaki has produced over the previous 20 years. He is without a doubt one of the most gifted musicians in the world. His range of knowledge regarding music is legendary. His talent spans all genres, from rock and blues to jazz and classical, as well as everything in between. He’s the type of artist you’d want to hang out with and watch while he blows your mind. Unfortunately, it appears that his reputation has far outweighed his quantity of work. There hasn’t been much music since his debut album Signature came out in 1995, and anything I’ve heard subsequently has fallen short of his lofty expectations. As a result, it’s a bit of a stretch to crown him king when he doesn’t have anything to show for it. 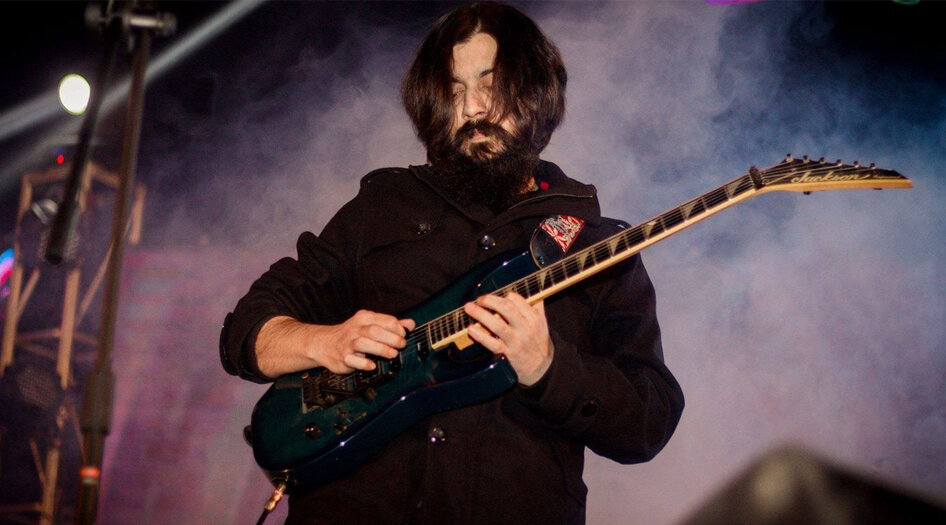 He is one of the classic guitarists and one of the country’s real shredders. He’s clearly spent a lot of time listening to shred legends like Joe Satriani and Allan Holdsworth. His periods with Mizraab and Dusk were excellent attempts in establishing a proper heavy metal scene, and he gained a decent cult following as a result. 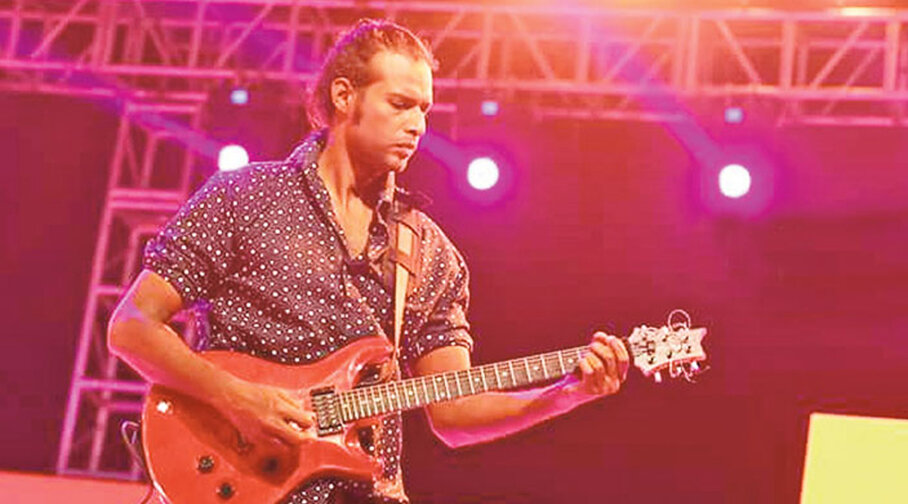 He is a senior of the Pakistani music industry in many ways. He worked his way up as a hired shooter for people like Hadiqa Kiani before breaking out with his band Fuzon. As a guitarist, he is certainly one of Pakistan’s most technically complete guitarists. He’s capable of whatever guitar pyrotechnic you can think of, and his work in Fuzon is still his greatest. “Ankhian”, possibly Fuzon’s biggest success, was a catchy track with a fantastic riff and a quick-fire solo that fit the song perfectly. 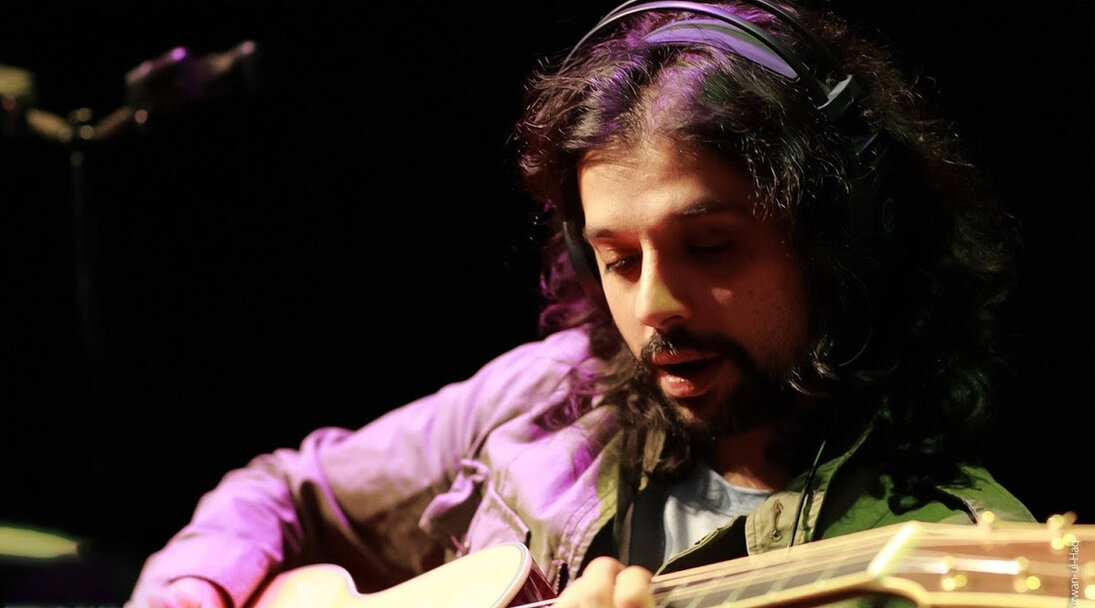 With his fame soaring, he became a full member of the Coke Studio live band, and also a brief tenure at Uth Records. He’s among a long string of newcomers who’s making a reputation for himself as one of the strong guitarists with a flair for funky, bluesy riffs. According to what I’ve heard, he’s a fantastic pocket player who also knows when to be restrained. 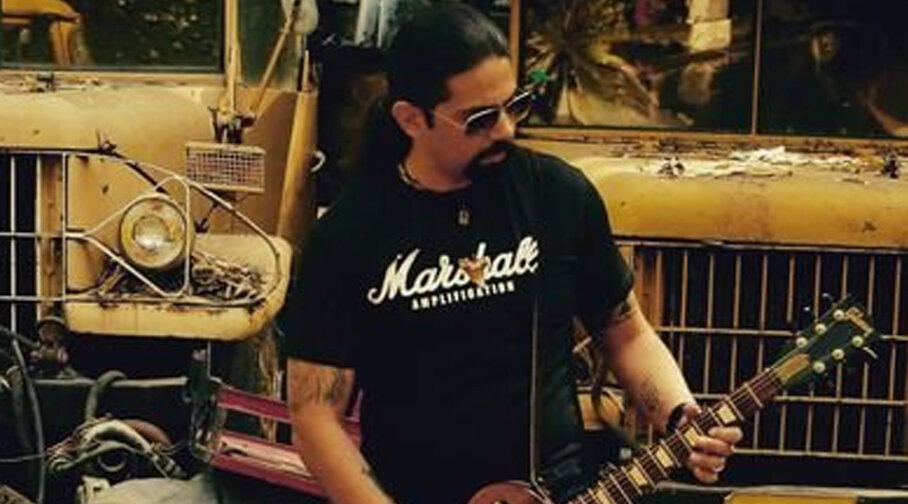 He is a fabulous Pakistan’s rock scene. Few people are aware that he was a founding member of the well-known band Entity Paradigm (EP). Apparently, the supergroup was formed by the merger of two bands, Enity and Paradigm. He co-starred in Entity with Ahmad Ali Butt and Salman Albert. Waqar, Khurram Khurram previously had his own band, Knumb, before joining the Post Grunge/Heavy Metal band Qayaas. 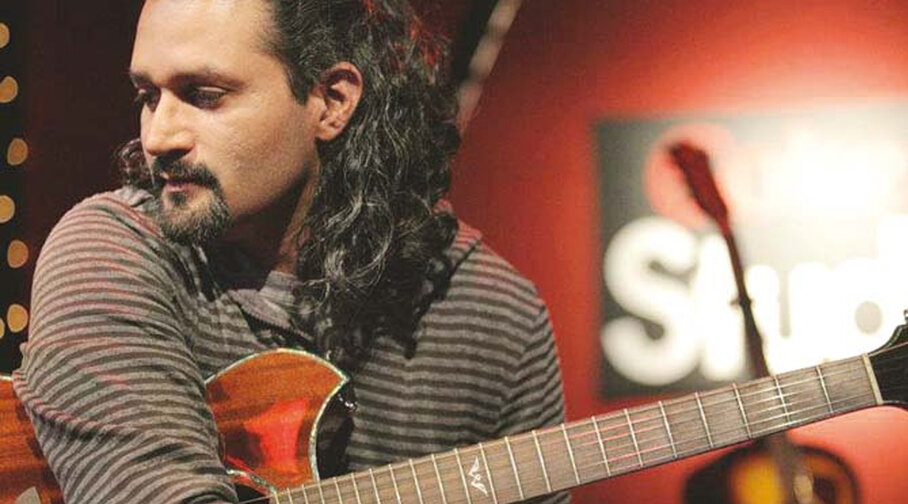 Talking about Qayaas, the band’s second guitarist, he had already created a name for himself in the Pakistani music scene. He is among the nation’s top searched composers and audio engineers. He’s worked on albums for Atif Aslam, Bilal Khan, and Overload. In addition to playing guitars, Sarmad is also highly trained in Drums. 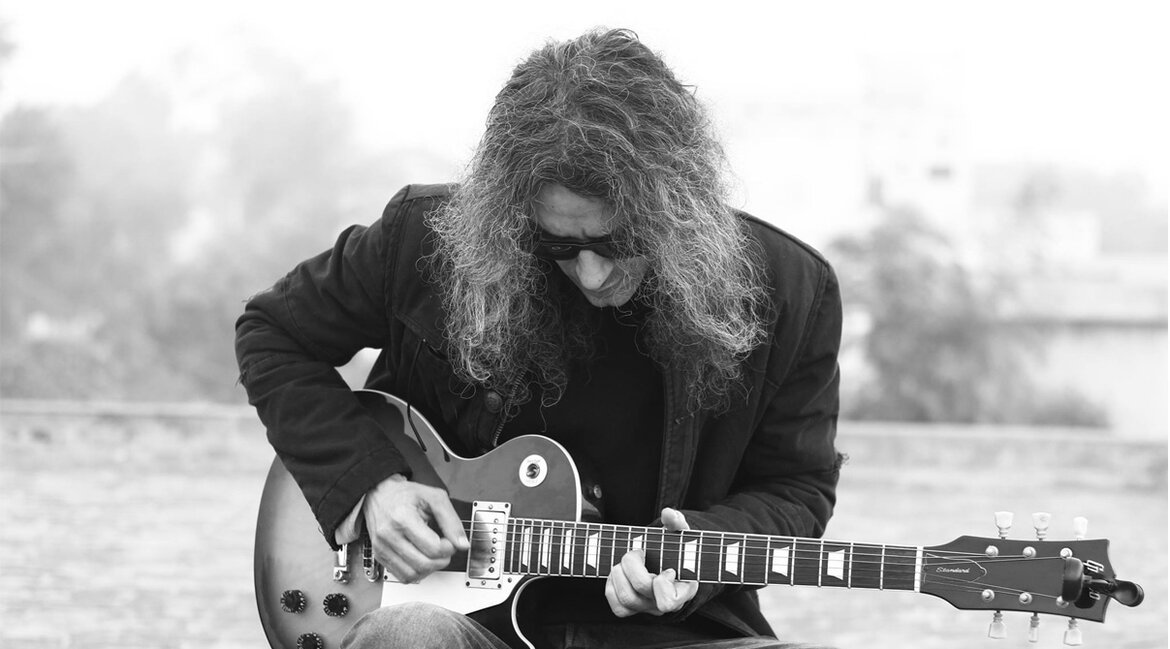 He isn’t the most technically proficient guitarist, yet he clearly understands how and where to blast the heck out of a six string. With his hard rock guitar licks and politically divisive songs, to not forget his Robert Plant-inspired worldview, the guy’s music is the right balance of anguish and melody which rock n roll has always been about. 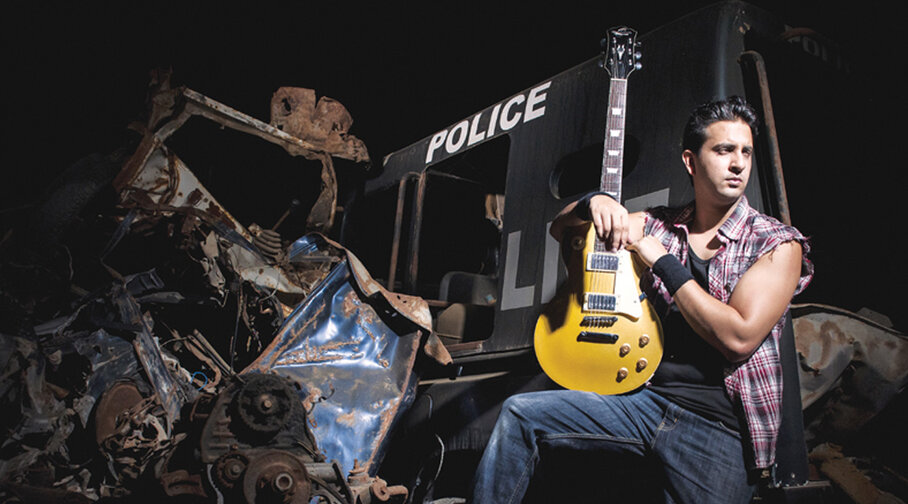 A man suddenly appeared from nowhere and took over the regional heavy rock scene, just to ride off into the sunset such as the mustang he is. His 2013 song ‘order for chaos’ was an amazing guitar record which kept people wanting more. 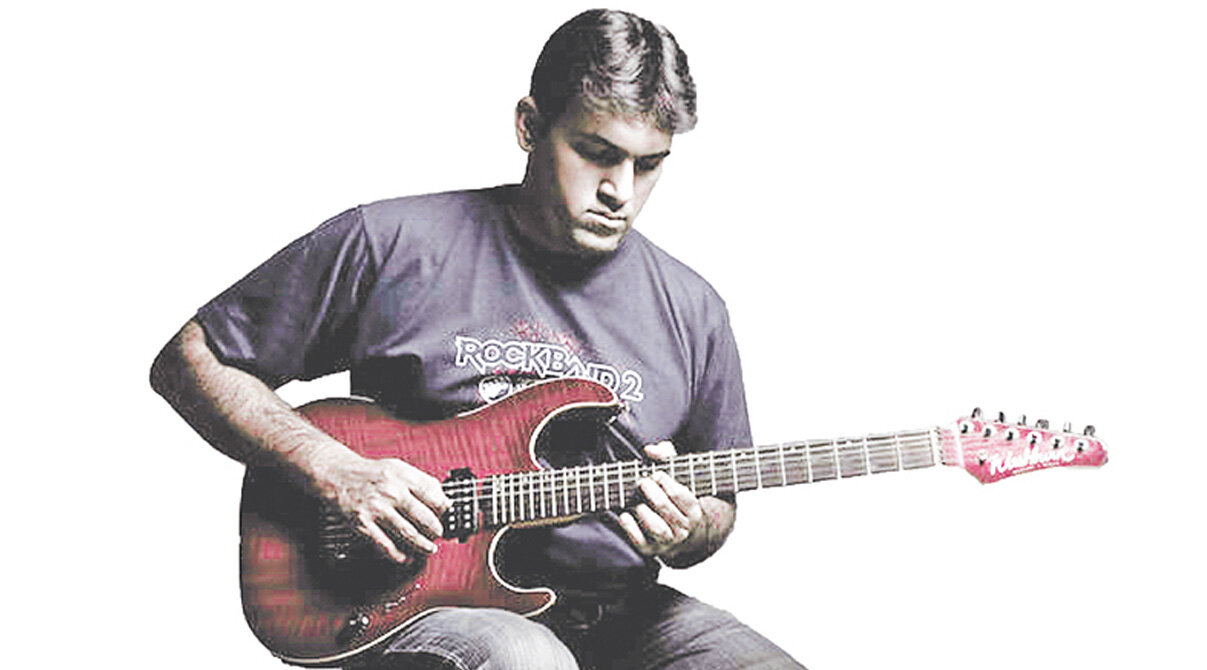 He was the founding member of the famed rock band Aaroh. He was indeed a member of the band that won the Pepsi Battle of the Bands in 2002. Although Nabeel was substituted by Haider Hashmi after a short time after band rose to prominence. His love for music still stays the same. This artist is creative genius in his own right, has created solo work as well as cooperated with other artists throughout the years. 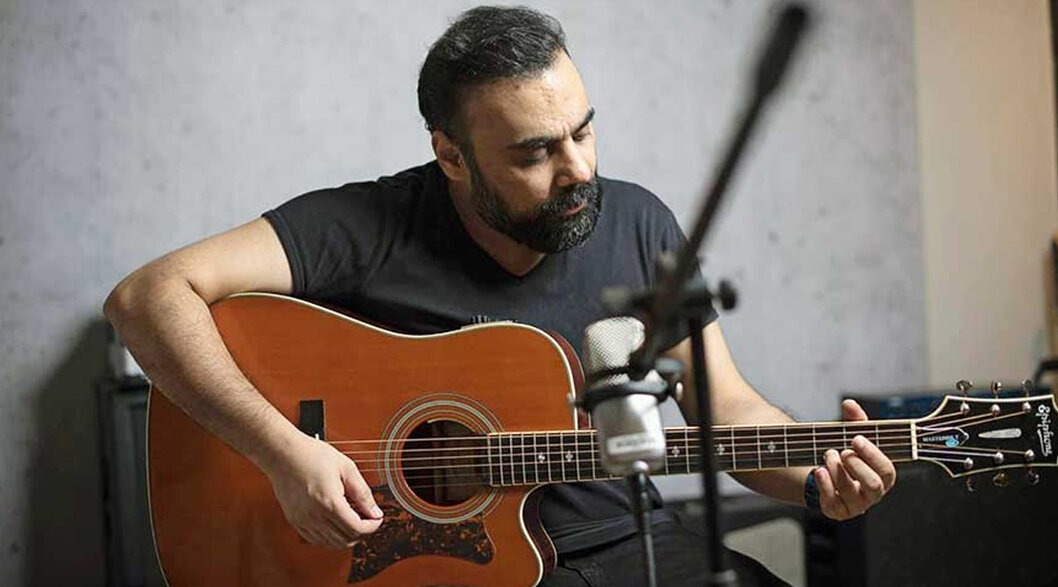 He is popularly known as Xulfi, is a well-known Pakistani guitarist who has worked with bands such as Entity Paradigm (EP) and Call the Band. EP was the most popular band of the 1990s. Xulfi’s most well-known compositions are ‘Aghosh,’ ‘Waqt,’ ‘Sab Bhula Kai,’ and ‘Kuch Nahee.’ He performed hard rock, metal, and pop music. 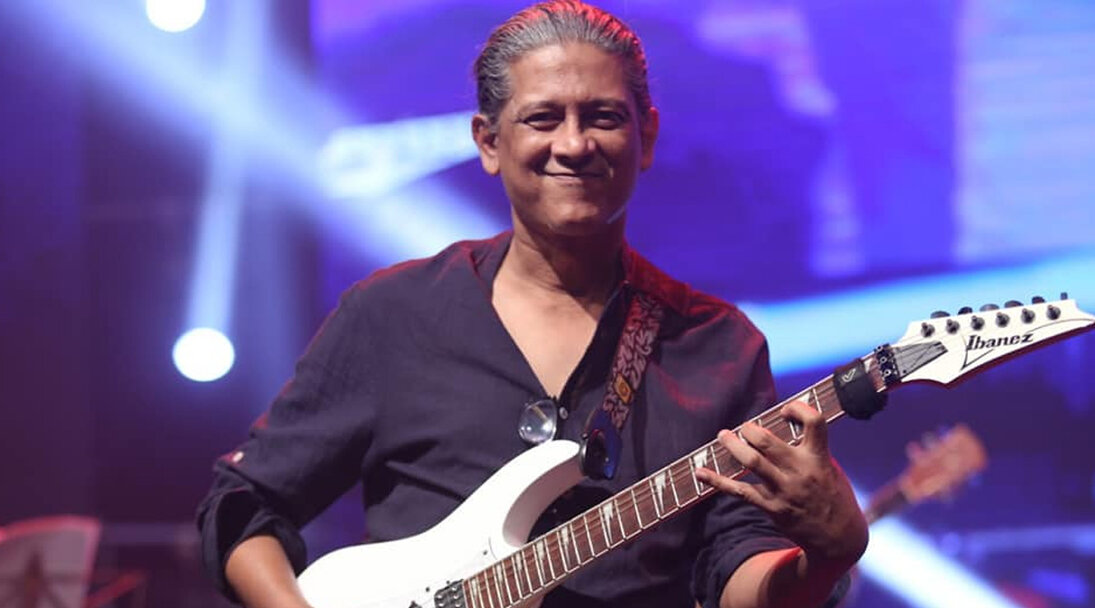 Various others in the music industry believe Adnan Afaq to be Pakistan’s greatest guitarist. While he never achieved popular success, he has left his mark. Adnan Afaq can blast circles around anyone with his distinctive combination of jazz and blues. Interestingly, he was a member of the rock band Circle in the 1990s, alongside Tanseer Dar, the frontman for Karavan. 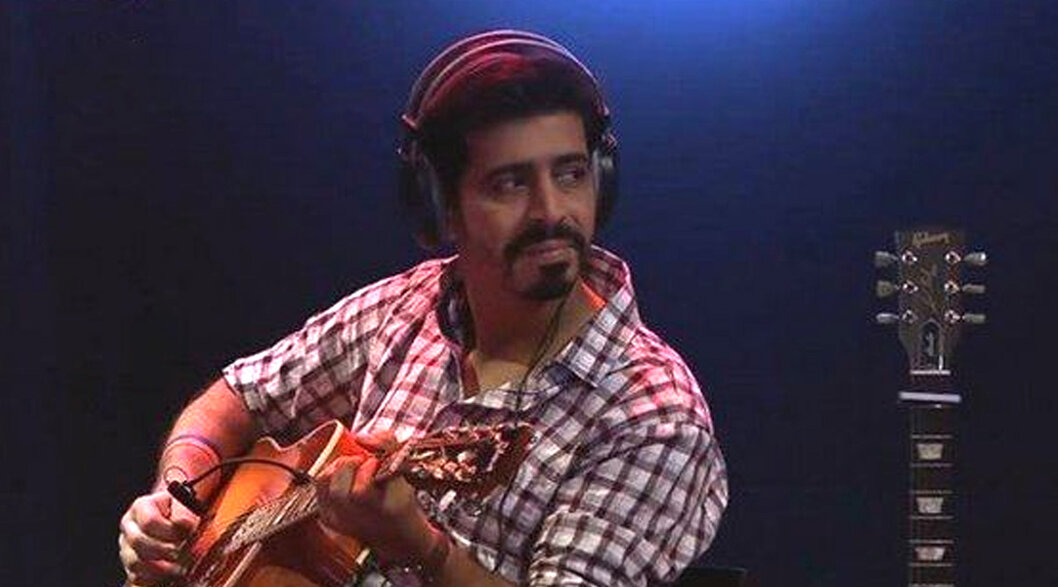 He is a guitarist, musician, and songwriter from Pakistan. He is well-known for his work as the lead guitarist for famous Pakistani pop artist, activist, and humanist Shehzad Roy. His never-ending curiosity about new musical genres, as well as his ability for fusing Asian and Western music, have won him a position as one of Pakistan’s most promising performers on many stages throughout the world.

Which one is your favourite? Let us know in the comment section.

KFC Vs McDonald’s: Who’s Got the Best Ramadan Deals?