What is the best way to spend your leisure time than watching good and inspiring Pakistani TV dramas while enjoying your family’s company over a cup of chai or hot coffee? A good quality script, good production, brilliant performance of the actors, and an overall competitive execution are some of the factors that made a drama worth watching.

A good drama serial always leaves a lasting impression on the viewers. Pakistani TV dramas industry has produced some of the best drama serials that are not just watched and praised in Pakistan but are being watched widely across the world.

Highest-rated Pakistani TV Dramas of 2020 You Must Watch

If you’re looking to watch some good Pakistani tv dramas to satisfy your craving or just have some good entertainment in your leisure time then keep on reading. In this article, we’ll discuss the top 8 best Pakistani TV dramas of 2020 that are must watch at least once in a lifetime. From the script to the celebrities cast and direction, we’ll discuss everything about the blockbuster Pakistani serials of 2020. 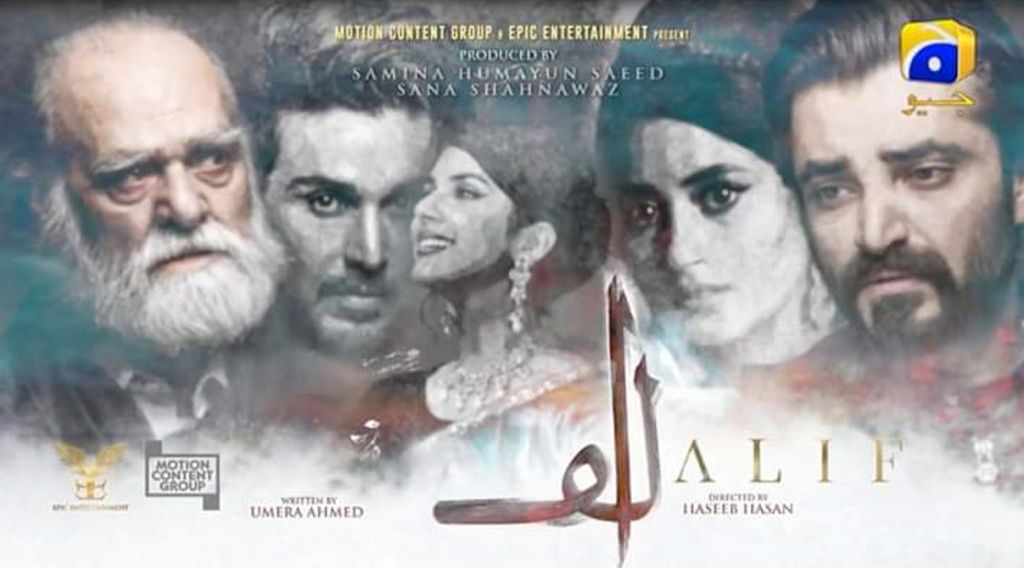 The story of the drama revolves around Qalb e Momin and Momina Sultan. The drama depicts the struggles of Qalb e Momin in his spiritual journey, his struggles in connecting with his Lord, and how certain life situations make him realize his true purpose.

On the other hand, the drama shows the heart-touching story of Momina Sultan and how she overcomes the struggles of her life. With just 24 episodes, this drama made a memorable place in the hearts of the viewers which will be remembered for a long time. Hamza Ali Abbasi, Ahsan Khan, Kubra Khan, Sajal Aly, Saleem Mairaj, Abdul Ala, and little Pehlaaj Hussain were seen in the lead roles in the drama with exceptional performance. 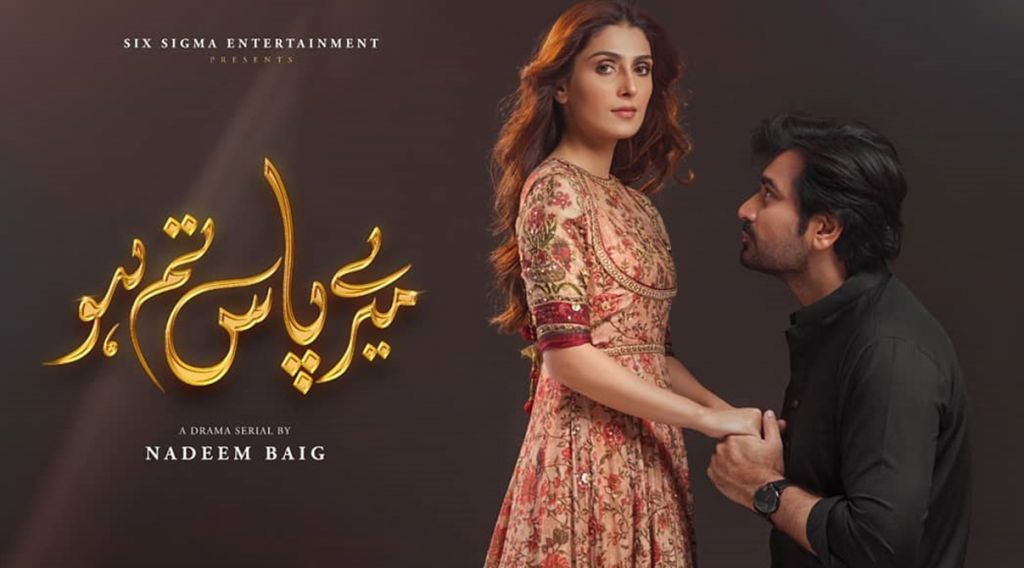 The story of the drama revolves around the story of Danish, played by Humayun Saeed and his wife Mehwish which was played by Ayeza Khan. Despite all the efforts of Danish to keep his wife happy, his wife leaves him for another rich man and the story continues until the tragic accident of Danish at the end of the story. This drama serial had some powerful dialogues which will never be forgotten. With the exceptional direction and impactful story, this Pakistani drama serial touched the hearts of many, not just in Pakistani but all around the world. 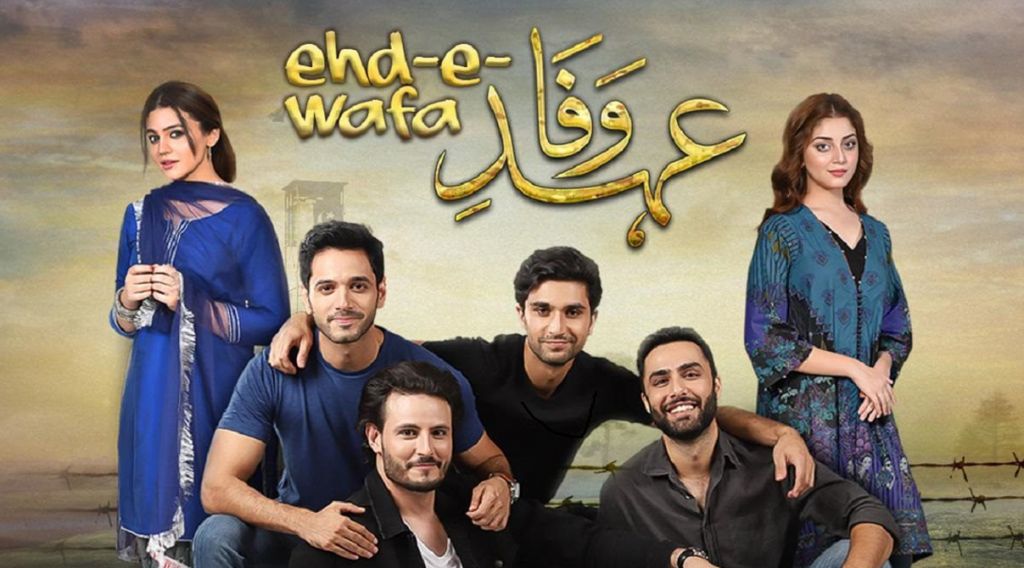 Ehd e Wafa was another top Pakistani drama of 2020 which completely hooked the audience with the emotional story of four friends.  With a positive message and strong characters, this drama serial was praised a lot by viewers as well as critics. With a completely fresh theme, this drama gave the audience something new to watch with the story of young inspiring characters. The drama was sponsored by ISPR, written by Mustafa Afridi, and directed by Saife Hassan.

Ahad Raza Mir, Ahmed Ali Akbar, Osman Khalid Butt, and Wahaj Ali exceptionally played the main characters of this drama.  Ehd e Wafa has been written by Mustafa Afridi and directed by Saife Hassan. This drama serial was aired on two very famous Pakistani TV channels that are Hum and PTV. The remarkable story of four friends and its perfect ending left a long-lasting impression on the audience and truly touched their hearts. 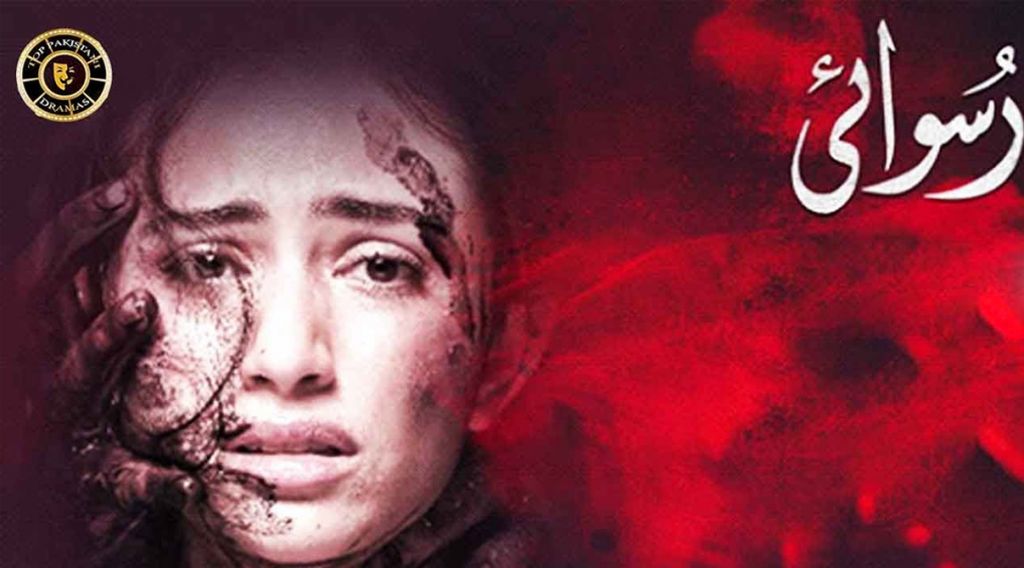 Ruswai is another great addition to the hit Pakistani drama serials of the year 2020. The emotional story of this drama serial hooked a great number of the audience since the initial episodes. The story of the drama was based on the true story of a rape victim. The story depicts the trials and tribulations of a rape victim. It revolves around a very sensitive issue of sexual assault and how this cruel society treats the victim after the unfortunate incident.

Sana Javed played the main role and Mikaal Zulfiqar played the role of her husband who treats her worse than society and leaves her for another woman after the incident of her rape. The drama won the hearts of the viewers by addressing the most important issues of society. With an outstanding performance of the cast, this Pakistani drama serial gave some really powerful messages and life lessons to the audience. 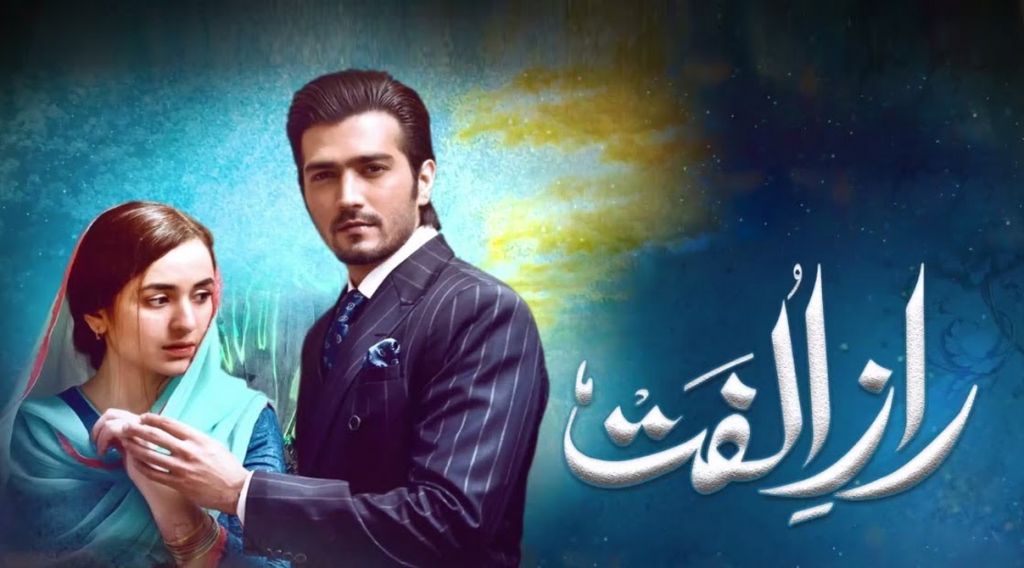 Written by: by Maha Malik

Produced by: by Abdullah Kadwani and Asad Qureshi under 7th Sky Entertainment

Raaz-e-Ulfat is another blockbuster among the list of Pakistani tv dramas aired in 2020 on Geo Entertainment TV channel. This drama serial is based on a tragic love story that revolves around the character of Yumna Zaidi as Mushk, Shehzad Sheikh as Irtiza, Komal Azizi Khan as Sehba, and Gohar Rasheed as Ismail.

The story depicts Mushk as an innocent girl, who belongs to a conservative family and her life is completely governed by her father Iftikhar Ali. She religiously follows every command of her father until her apparently best friend Sehba comes into her life. Later on, the same friend fills the life of Mushk with a lot of difficulty and problems which causes her to lose her fiancé Irtiza. The drama shows how a bad toxic friend can ruin one’s life. The powerful dialogues and inspiring message of this drama serial leave the audience with incredible life lessons. 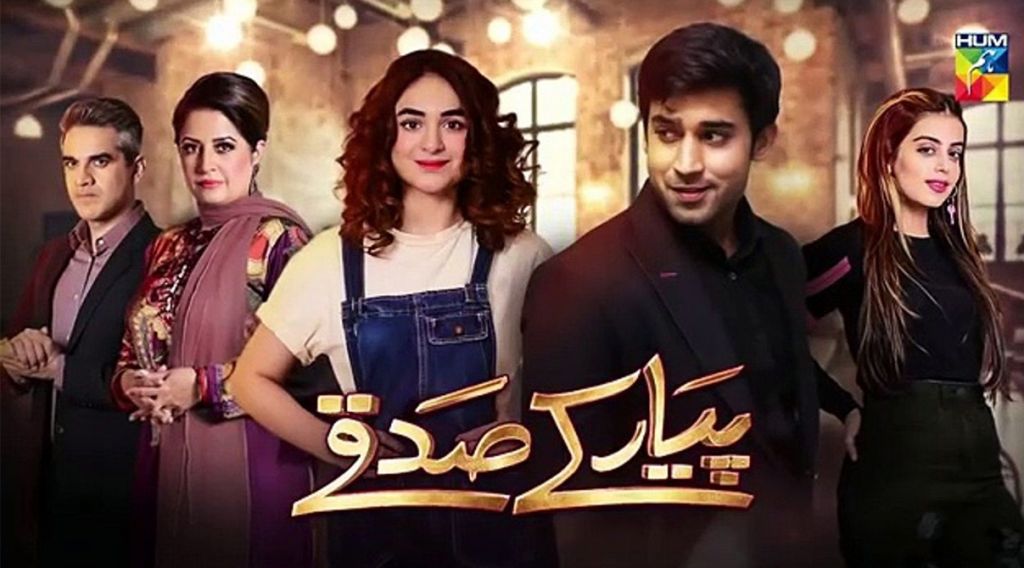 Pyar Ke Sadqay was the story of two socially misfit characters, Bilal Abbas as Abdullah and Yumna Zaidi as Mahjabeen. Mahjabeen is an innocent, clumsy, naive, and carefree girl who has no interest in school and completing her education while Abdullah is a nerdy, soft-spoken, socially awkward, and shy guy who is gifted in mathematics. The phenomenal performance of Bilal Abbas and Yumna Zaidi left the audience mesmerized and hooked to the drama serial from day one. This uniquely written script made the audience laugh and cry while highlighting important social issues. 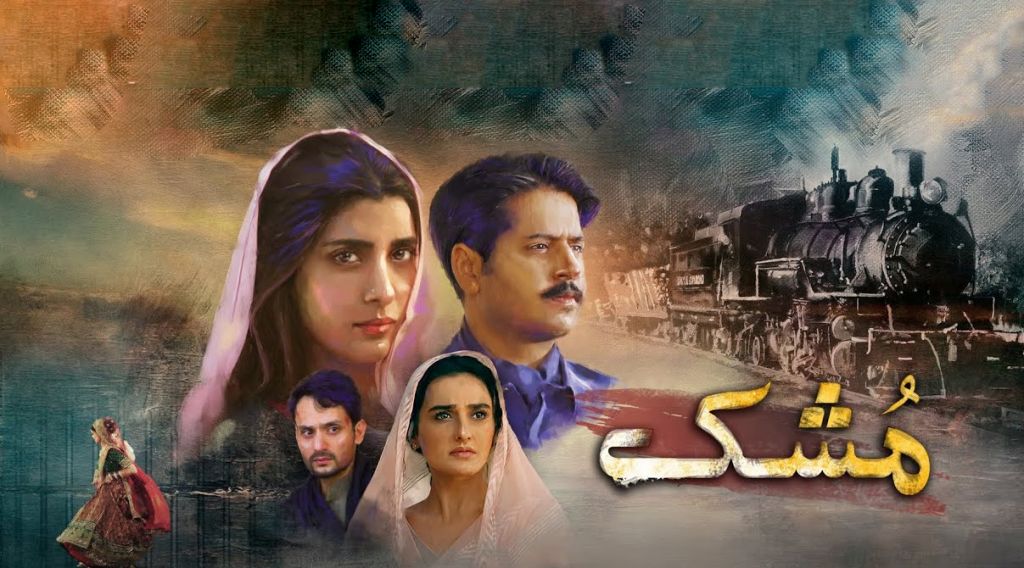 Mushk was another super hit among the list of best Pakistani TV dramas of 2020 that intrigued the audience with its unpredictable plot twist. Mushk reminded us of classic PTV drama serials with their fascinating storyline and powerful characters that keep you guessing. The writer Imran Ashraf’s remarkable writing skills made the audience hooked to the drama serial till the last episode. The story of this Pakistani drama serial revolves around Guddi, Adam, Mehak, and Shayan.

With their exceptionally appealing characters, Imran Ashraf and Urwa Hocane did complete justice to their roles with their phenomenal performances. The unique storyline and outstanding plot of the serial made it a memorable drama serial of the Pakistani drama industry. 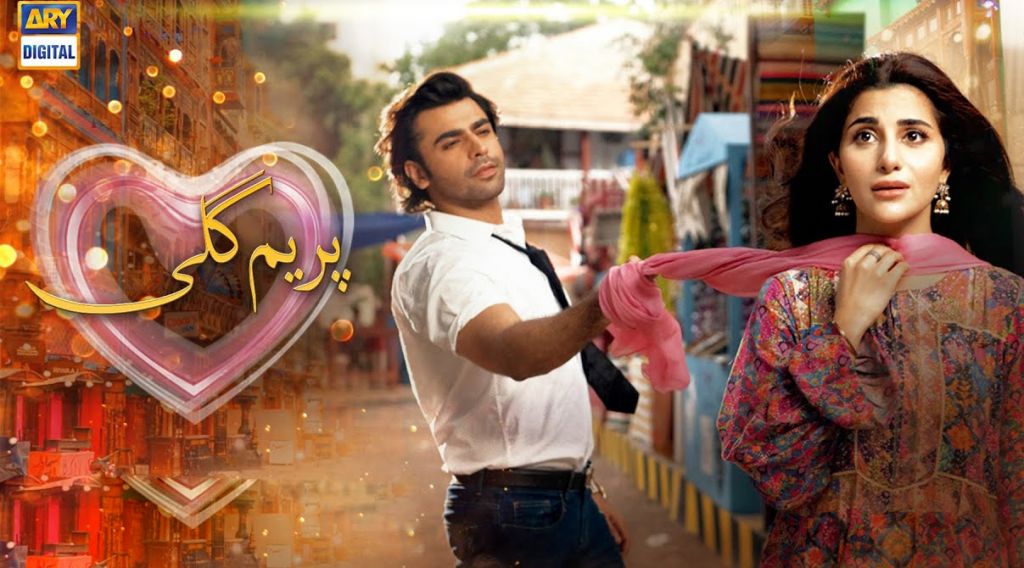 Prem Gali is one of the most-watched and praised Pakistani tv dramas of 2020. The story of the drama revolves around Hamza and Joya. The story starts when Hamza comes to live in a lively small colony called Prem Gali where he meets Joya who is a resident of this colony and lives with her mother, grandmother, and aunt.  Hamza falls in love with Joya and the story continues while showing how they get married and what problems they face after marriage. It was one of the entertaining and light-hearted shows of 2020 which portrayed societal issues in a fun and comic way.

The leading roles of the drama including Sohai Ali Abro, Farhan Saeed, Waseem Abbas, Shamim Hilali, Saba Hameed, Qavi Khan, and Uzma Hassan acted exceptionally in this serial and did complete justice to the characters of the serial.