There was a time on the land that we now call Pakistan when the people of different ethnic origins were living together under British rule. Hindus, Muslims and Sikhs and the British armed personnel were all residing in the different regions of the subcontinent. When the Muslims and Hindus got their independence from British rule in August 1947, Hindus, Muslims, and Sikhs migrated towards their respective countries to live independently from any external influence. However, a huge amount of these communities stayed behind. There are many religious places in these communities. This includes Sikh Gurdwara, Buddhist places, and Hindu temples in Pakistan.

Related: Mithi village of Sindh – An amalgamation of religious harmony

Therefore, different regions of Pakistan have Hindu communities. This includes the beautiful village of Mithi located in district Tharparkar. However, the local administration preserves many Hindu temples as heritage sites for promoting tourism. Are you a lover of history and possess the passion to go through the history of the world? Let us explore the various Hindu temples in Pakistan. 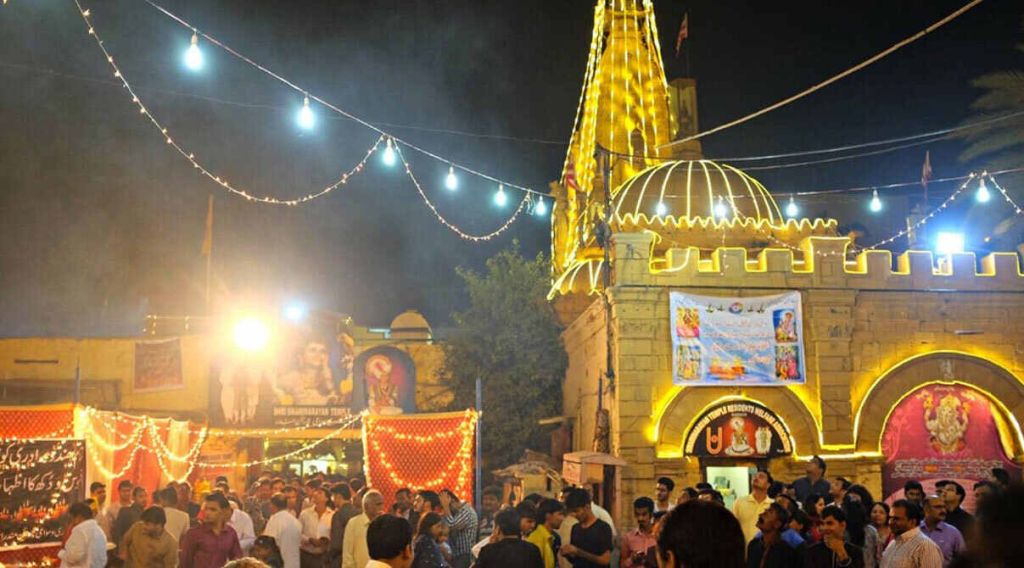 This temple is one of the most prestigious and revered mandirs by Hindus. It is located in Karachi. The Hindus believe that the mandir is possessed with magical powers. Therefore, whenever they visit the place, they mean to clean their hearts. It is the influence of dark spirits that causes hatred among their fellow beings.

Furthermore, the magical powers of the temple would make the people virtuous uprooting their depravity permanently. Many Hindus arrive at the temple with the sole purpose of taking refuge within its jurisdiction, especially the homeless ones. According to the information shared by the locals residing in that region, the statues of various Hindu gods are present within the Naval Mandir. Such as Rama, Ganesha, Shiva, Vishnu, Hanuman, Kali, Santoshi Mata.

An ideal time to pay a visit to this Hindu temple in Pakistan is when the Hindus celebrate festivals such as Diwali and Holi. 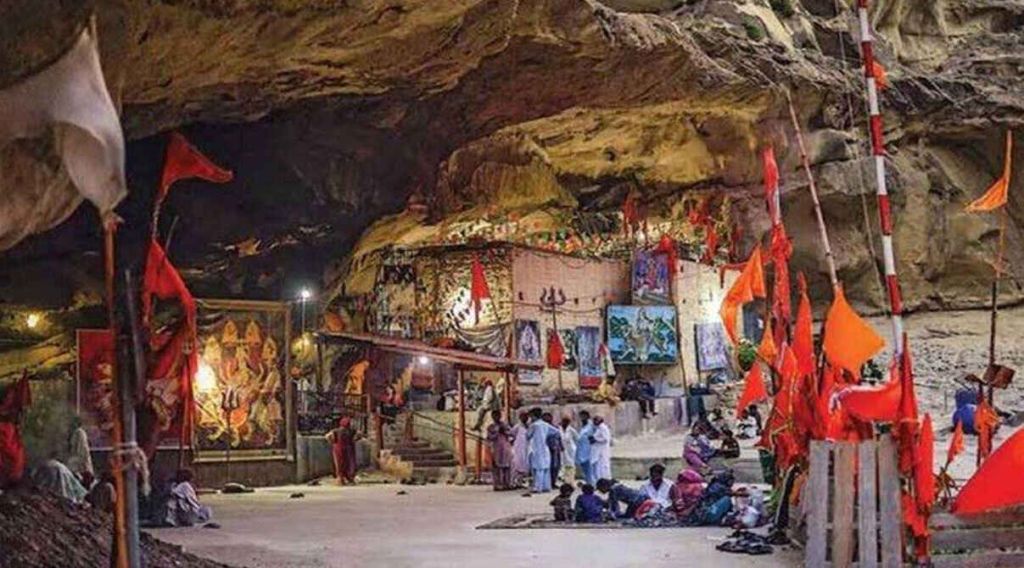 A large number of Hindus gather on the first Monday of every month around their auspicious Kalka Devi Cave. It is located in the historical city of Arrowroot in Sukkur, Sindh. The month of September records the highest turnout in this temple. It is that time of the year when Kali Mata stayed at this cave during her journey towards Hinglaj.

All these explanations are based on Hindu mythology as narrated by the Hindus of this particular region. 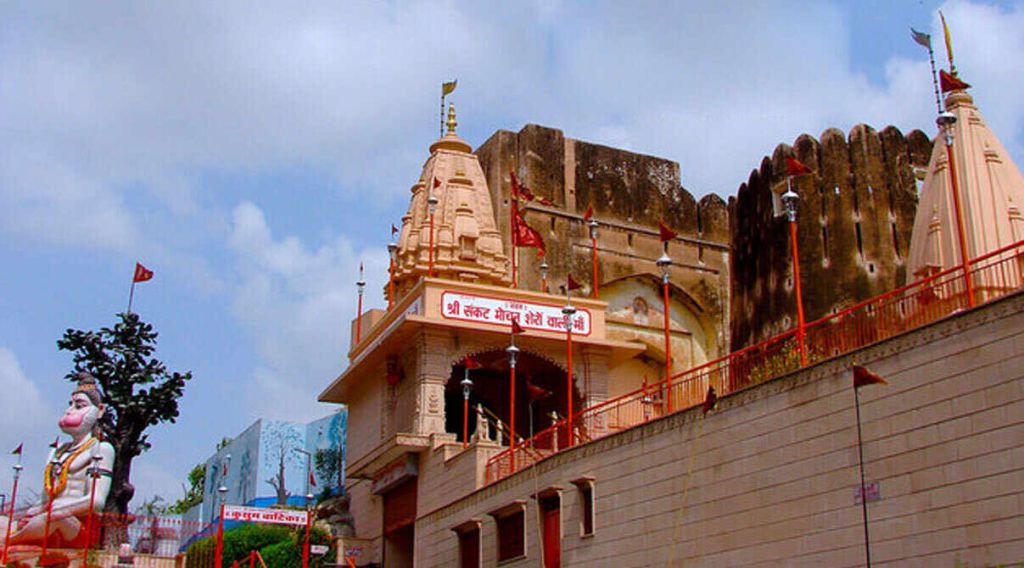 This mandir holds some special significance for the Hindus residing within the vicinity of Soldier Bazaar, Karachi. The major thing unique about this temple is the presence of non-man made Hanuman Idol. The temple is present at this naturally occurring location of Hanuman. The reason behind its name Panchmukhi is that the idol represents five major forms of deity in the belief system of Hinduism.

The Hindus are not the only ones visiting this temple to fulfill their dreams and wishes. On the contrary, people of different caste, colors, cultures, creeds, and religions visit this place. 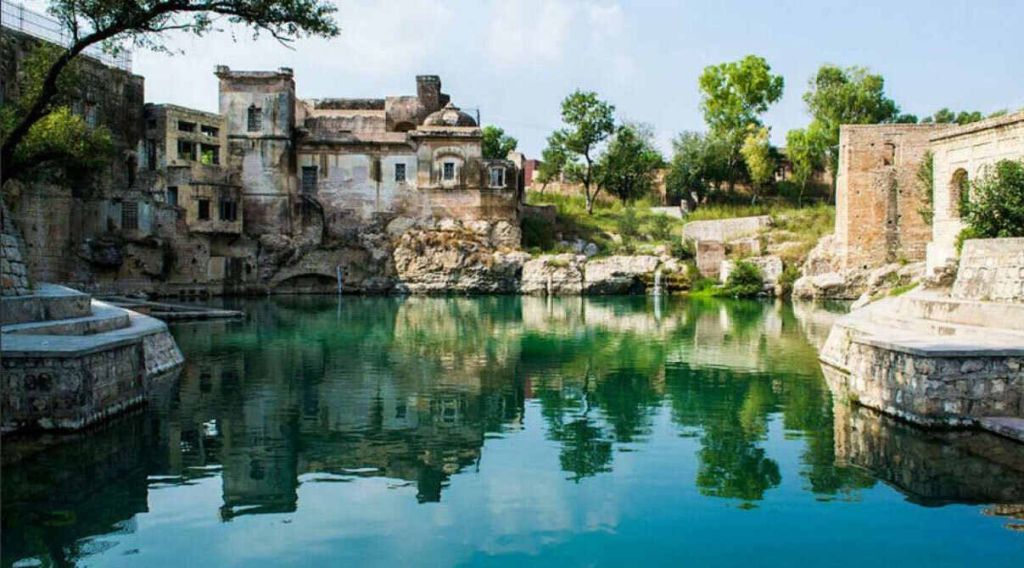 Katas Raj Temple is located in district Chakwal within Punjab province. It belongs to the Mahabharata period. According to the locals, the temple is dedicated to their lord shiva. The reason for its prestige is a holy pool around its vicinity. It is believed that the temple is formed from the tears of lord shiva. There are multiple legends and tales affiliated with Katas Raj Temple. The five brothers, referred to as Pandavas, as mentioned in Mahabharata. They are believed to have spent their period of exile in the same temple.

Much research is needed to corroborate all the claims made to signify this temple. Despite that, Hindus regularly visit it to perform its rituals. 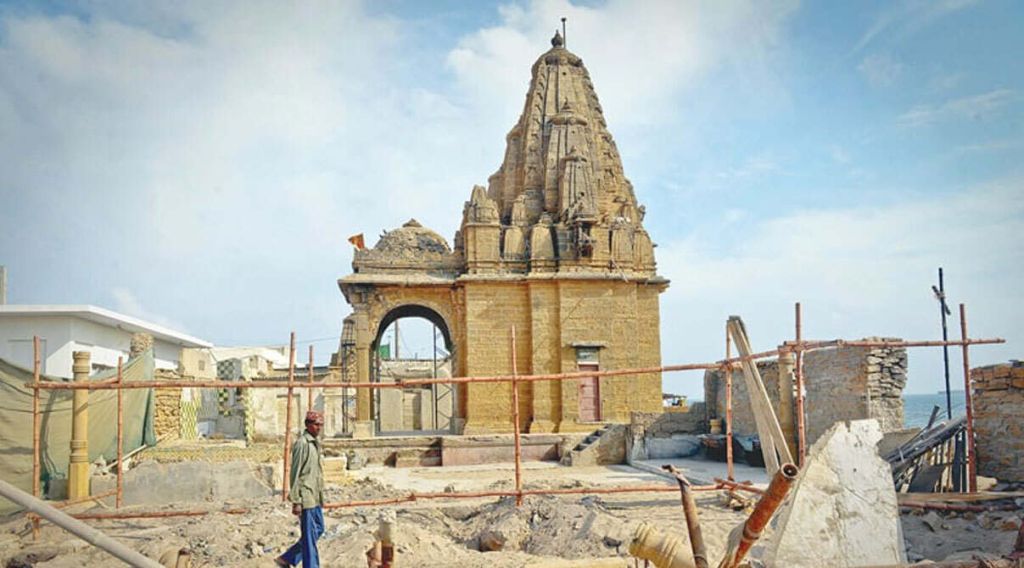 You might be of the view that all the temples are existing in the same form as they were established by the initial builders. Unfortunately, that is not the reality. Shri Varun Dev Mandir is one such relic. According to the records, it is more than one hundred and fifty years old in terms of its construction. The temple is on the outskirts of Manora Island in Karachi.

Although you can pay a visit to laud the architecture of this temple dedicated to Lord Varun considered to be the ruler of oceans. Hindus no longer visit this temple to perform their religious practices and rituals. 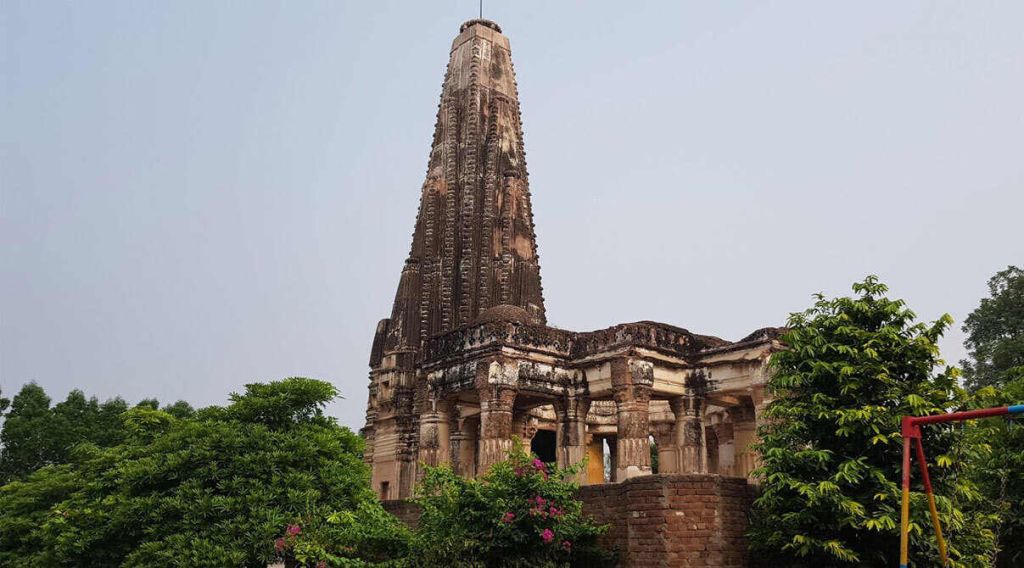 Teja Singh built this temple and dedicated it to lord shiva. At the partition of the subcontinent, the government sealed the temple. The government of Pakistan has devised a plan to renovate and preserve this temple in its pristine form. The intent behind such steps is to promote a culture of liberty. A culture where minorities have the liberty to practice in accordance with their belief systems and culture. 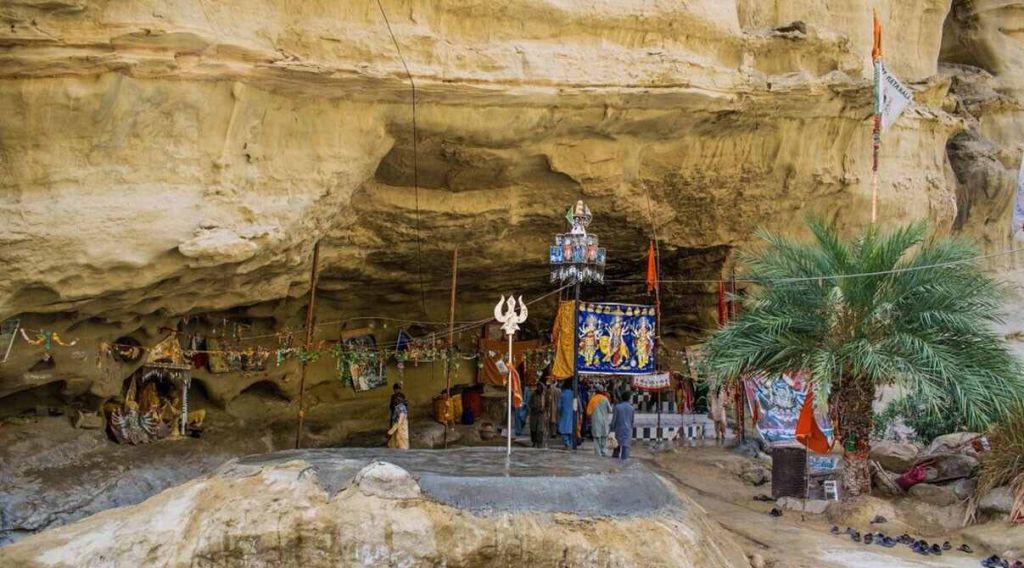 This is one of the renowned temples located in district Lasbela of Balochistan province. National and international tourists frequently visit this place due to the narratives and legends affiliated with this place. According to one narrative, the temple is located at the place where Mata Sati’s head fell to the ground. It is where Lord Vishnu slashed her body into small fragments.

Another narrative gives a reference to Lord Rama spending time within this region. Lord Rama lamented on his committed sins of which the most prominent was killing Ravana. 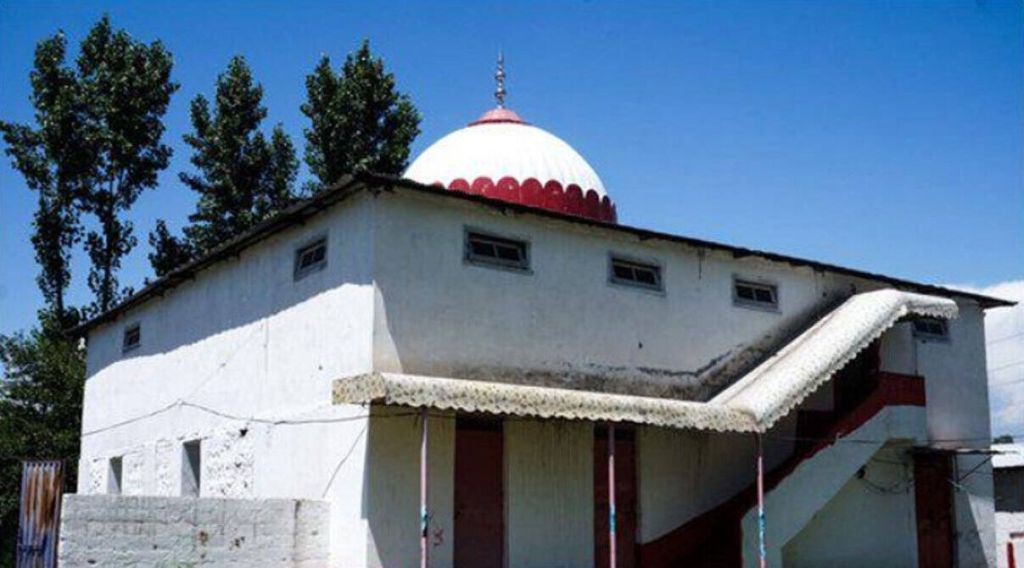 This Hindu temple in Pakistan is one of the oldest temples. It is located in Chitti Gatti that is seventeen kilometers away from the city of Mansehra. According to estimates, The temple is two to three thousand years old dedicated to lord shiva. Shivarathri is one of the annual festivals in which Hindus and other tourists visit the Mansehra shiva temple. They pay visits from different parts of the world.

Although the temple remained sealed for many years. Still, the Hindus residing in Pakistan have restored it to perform their rituals.