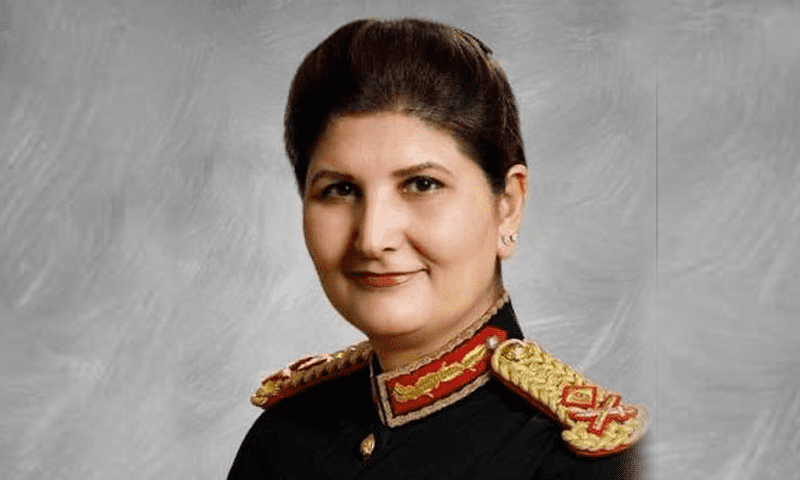 Another milestone for Major General Nigar Johar who was promoted to the rank of Lieutenant General – reported by the military media wing.


The Director of the Inter-Service Public Relations (ISPR), Maj Gen Babar Iftikhar, informed through a tweet that Nigar Johar has also been appointed as the first-ever female surgeon of the Pakistan Army.

Nigar Johar, a newly promoted lieutenant-general is now the third female officer in the history of the Army to achieve the rank of major general.


Not only is she a Lieutenant General, but also a sharpshooter.


She is a graduate of Army Medical College and has done her schooling at Convent Girls High School.

In the year 2015, she completed her master’s degree in public health from the Lahore University of Health Sciences, she also holds the achievement of being the first-ever female army officer, who is commanding a hospital/unit of the Pakistan Army.


Nigar Johar’s parents died in a tragic car accident about 30 years ago.

Message for the Women of Pakistan


Many prominent leaders of the political parties congratulated Nigar Johar and called her achievement as inspiration for all the women of Pakistan, in their tweets. The leaders include Shehbaz Sharif, Ahsan Iqbal, and Sherry Rehman.

How to Create Your Amazon Seller Account From Pakistan?