Videos are an excellent marketing tool. Short videos are even better. Videos are a series of moving pictures in a sequence, and they have a resonating effect on people watching. When compared with written text and images, videos fared far better because moving objects catch eyes, and in turn, attention. A small-scale entrepreneur who doesn’t have ample resources to spend on marketing can leave a lasting mark on their target audience if they choose to make a high quality video about their products and services. Imagine the impact of videos when only a picture speaks a thousand words. When it comes to choosing the best video app, TikTok vs SnackVideo comes to our mind.

TikTok vs SnackVideo: Head to Head

Statistics say that people just love watching videos. They spend more time online watching videos than doing anything else, including reading texts and looking at pictures. A good video is impactful and memorable, which is why video marketing is a powerful tool. A video can stay in our memories because of its music, characters, and dialogues. The same can’t be said about other visual mediums. Most content creators and influencers want to play this quality of videos to stay relevant among their audience and deliver a message that sticks with them.

Why Do You Need to Nail the First 8 Seconds in Your Video?

With the increasing amount of content presented to an average viewer, it is becoming tougher for content creators to stay pertinent to their target audience. If a video bores a viewer, they will change it in seconds because they know good content is waiting for them in some corner of the online world if they look for it in a few clicks. There is no shortage of video content for viewers these days, and it is easy to lose interest quickly. Data analysts have found out that people only take 5 to 8 seconds in deciding whether they will continue watching a video or not. This is why it is recommended that you put your best content in the first 8 seconds of a video.

However, an even better way to keep the viewers hooked on to your content is creating short videos that are not longer than 60 seconds. Youtube is a popular medium for watching and uploading videos, but apps like Tik Tok and Snack Videos are making headlines because of their format which is different from Youtube, yet they offer the same thing to the audience: video content.

Viral Videos That Grabbed the Attention

Because TikTok and SnackVideos have a format that can easily grab anyone’s attention, they have given the world many viral videos and have made overnight stars including:

What is TikTok? An Introduction for Beginners 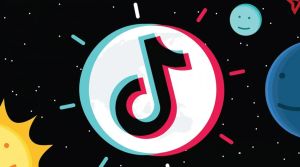 In China, TikTok is known as Douyin. Douyin was initially released to the Chinese market in September 2016. TikTok is the international version of this app. It is a video central social media app by a Chinese company ByteDance. TikTok is home to a diverse collection of videos from all genres one can think of. So, from prank videos to tricks, stunts, entertainment, jokes, and dance, one can find anything over here. However, there are serious videos such as channels that give sound dermalogical advice as well.

The duration of videos on TikTok is from 15 seconds to not more than 3 minutes. TikTok offers iOS and Android compatibility outside of China since 2017. However, it was available worldwide only after it was merged with another Chinese social media service for music called Musical.ly on 2 August 2018.

TikTok Vs Douyin: What’s the Difference?

Both TikTok and Douyin have similar user interfaces. But, these apps don’t have access to each other’s content. Douyin includes features such as an in-video search feature which can run a search of people’s faces to find out more video content done by them.

Other features such as booking hotels, buying, e-commerce, and making geo tagged reviews are also offered with Douyin. TikTok has massively gained popularity in the United States of America, Russia, East Asia, Southeast Asia, Turkey, and South Asia. A statistic of October 2020 shows that TikTok was downloaded more than 2 billion times. Morning Consult, a data intelligence company, says that TikTok is the third fastest-growing brand of 2020, standing only after Peacock and Zoom.

TikTok has enabled its users to create content not only for fun and awareness but also for money. TikTok allows companies and individuals to advertise via its platforms by using its various tools and reach their target market rapidly. Influencers on TikTok who earn money through engagements are called meme machines.

The Rising Fame of TikTok in Pakistan

TikTok took the short video market by storm when it first entered the sphere. Pakistani vloggers and bloggers loved its easy-to-follow interface and no-brainer algorithms that helped them garner more and more followers to gain recognition. Pakistani entertainers such as Hareem Shah, Areeka Haq, Usman Asim, and Tauqeer Ahmed used this platform to attract a huge number of followers which made them overnight celebrities.

TikTok offers opportunities to make money. The most common and sure way to make money from TikTok is making an account, getting enough followers, and then selling it for a huge sum of money. Another way of earning money through Tik Tok is working with brands and influencers to get recognition and payments.

Various companies in Pakistan have approached the famous TikTok stars to increase their brand visibility. This is called paying the influencers to put a brand on the virtual map of the many people who follow their accounts. TikTok has an elaborate Ad platform that is used by businesses and brands to market their products and services for a fee. Another way of earning money via Tik Tok as put by a website as, “You can buy coins ranging from 1 USD to 240 USD, which can be converted to diamonds. Users can redeem the reward into cash to send gifts or to transfer it on Paypal, JazzCash, Easypaisa, or bank account.”

Related: Smart Ways to Use Social Media for Finding a Job

What is Snack Video? 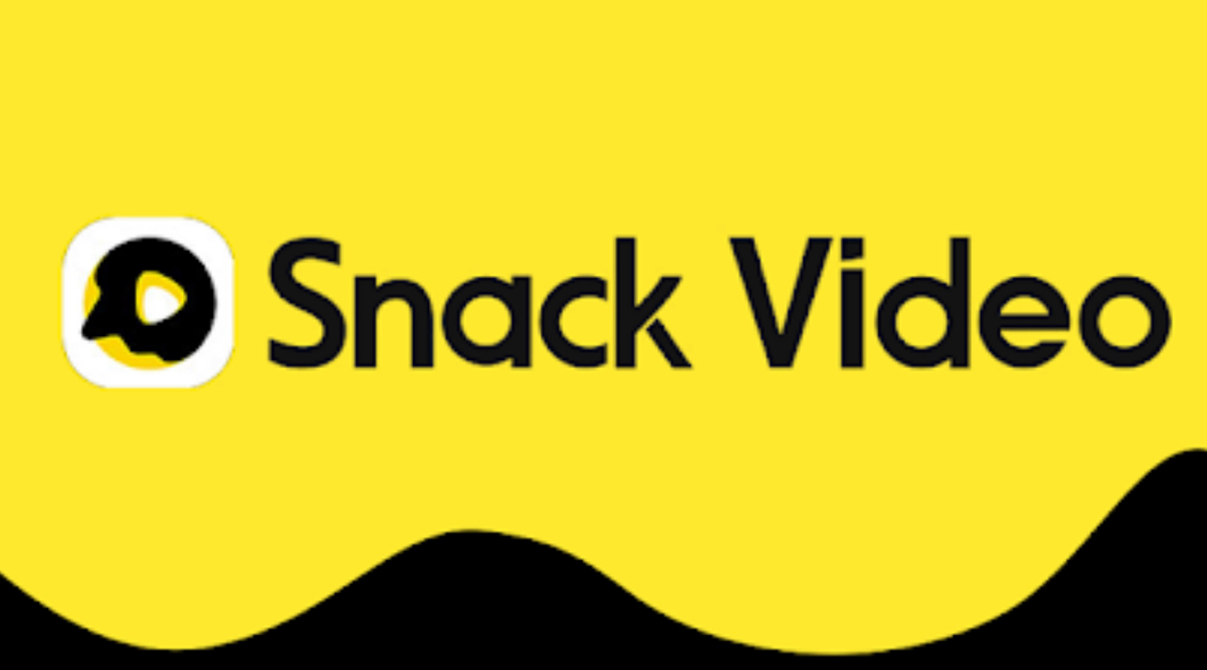 SnackVideo is a Seattle based start-up company which offers 3 minutes or less videos that give micro learning experiences on mobile. This app is fit for the users who want relevant and quick information laid out in an attractive way. The videos uploaded on SnackVideo cover topics such as how to product validation, entertainment, referrals, and more.

The Rise of SnackVideo

Snack Video was launched in August 2018. It was founded by Sunny Wu and Gordon Sun, who are CEO and CTO of the app respectively. SnackVideo was launched by Kuaishou Technology which is a company based in China. It draws its funding from Tencent. Both founders got the idea of creating a short video app by seeing how poorly other platforms such as Youtube Shorts and TikTok were doing. Their difficult user interface and banning in some countries were a source of frustration among the users.

Just think about the idea of wading through long videos from here or there, just to find the piece [of information] you need, and then do it again and again every time when you need an answer. A lot of time gets wasted. Snack’s big vision is to build the biggest bite-sized, visual knowledge base in the world.

This dynamic duo of the founders researched and reached out to at least 50 other founders of various businesses and brands to get a hang of what they wanted in terms of getting their information needs fulfilled. The long list included Praveen Seshadri, founder, and CEO of AppSheet who said he wanted a simpler and cheaper HR compliance. Initially, Snack Video was creating most of the video content from scratch for the app, while it is also acquiring other content. The users have now started creating their own content and tutorials, sharing information about various topics that interest them.

The internet already provides a plethora of videos in the form of apps such as YouTube and TikTok. Other than these apps, learning videos can be sourced from LinkedIn and Coursera, while entertainment videos can be accessed from apps such as 9Gag etc. What puts Snack Video apart is the fact they offer all types of videos under one roof with a great user interface and duration.

I admire people who dare to be unique, push things to the limit and then make an impact. With respect, I’d love to have the late Steve Jobs on my team, to be inspired by his outstanding vision, and to bring out the maximum potential of the team.

Wu and Sun live by this vision which shows in their app, Snack Video.

TikTok vs SnackVideo: Similarities and Differences 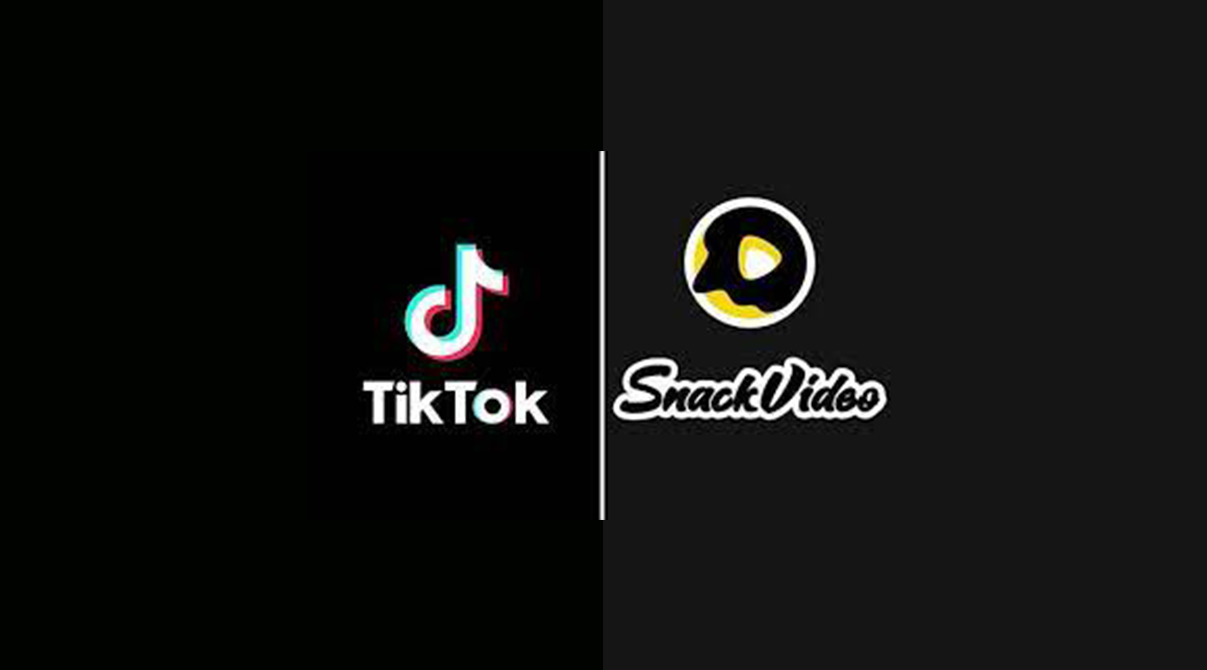 TikTok vs SnackVideo is a hot debate topic among the users of short video apps across the globe. Everyone wants to know the features, similarities, and the key differences between these two apps. An increasing number of short video app users are making a switch to SnackVideo from TikTok. This is due to the fact that although both of these apps are similar, SnackVideo is offering something more to its users.

Related: TikTok Surpasses Facebook as the Most Downloaded App in the World 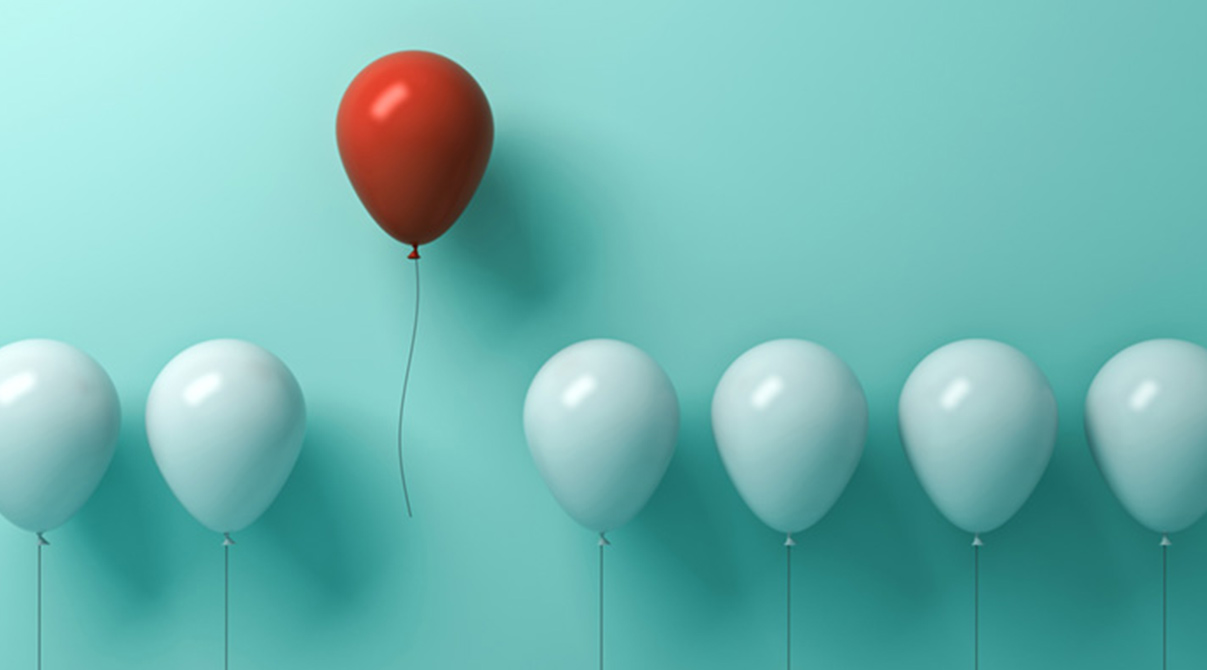 SnackVideo has a higher rating on Play Store with 4.5 stars, while TikTok stands at 4.4 with just one point less. An interesting fact to note here is that SnackVideo is available only in 4 countries currently, which includes Pakistan, Thailand, Sri Lanka, and Indonesia, while Tik Tok is available world-wide. 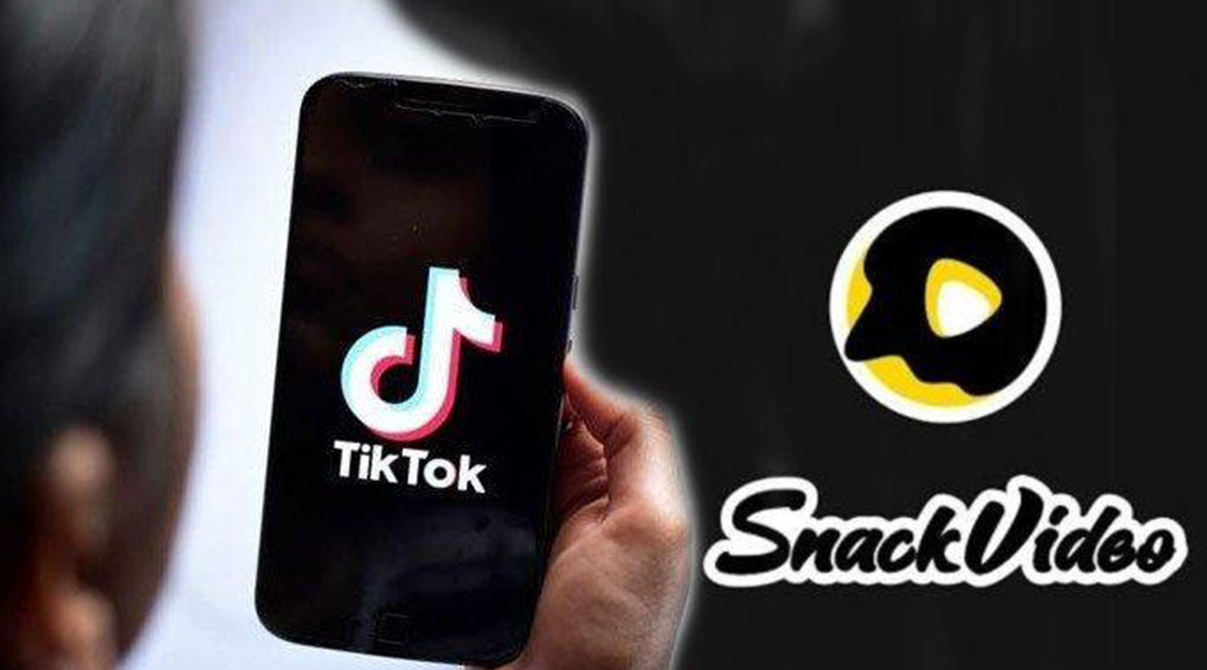 Both apps are similar in ways such as:

Tik Tok has been continually banned and unbanned in Pakistan for various reasons. A huge chunk of actors, entertainers, influencers, and social media personalities flocked to SnackVideo. Big names such as Minal Khan, Ali Gul Peer, and Shehzad Ghias shifted to SnackVideo. Hence, they are producing content exclusive to the app.

Related: YouTube Shorts and How To Make Money From It

Why is SnackVideo So Popular? 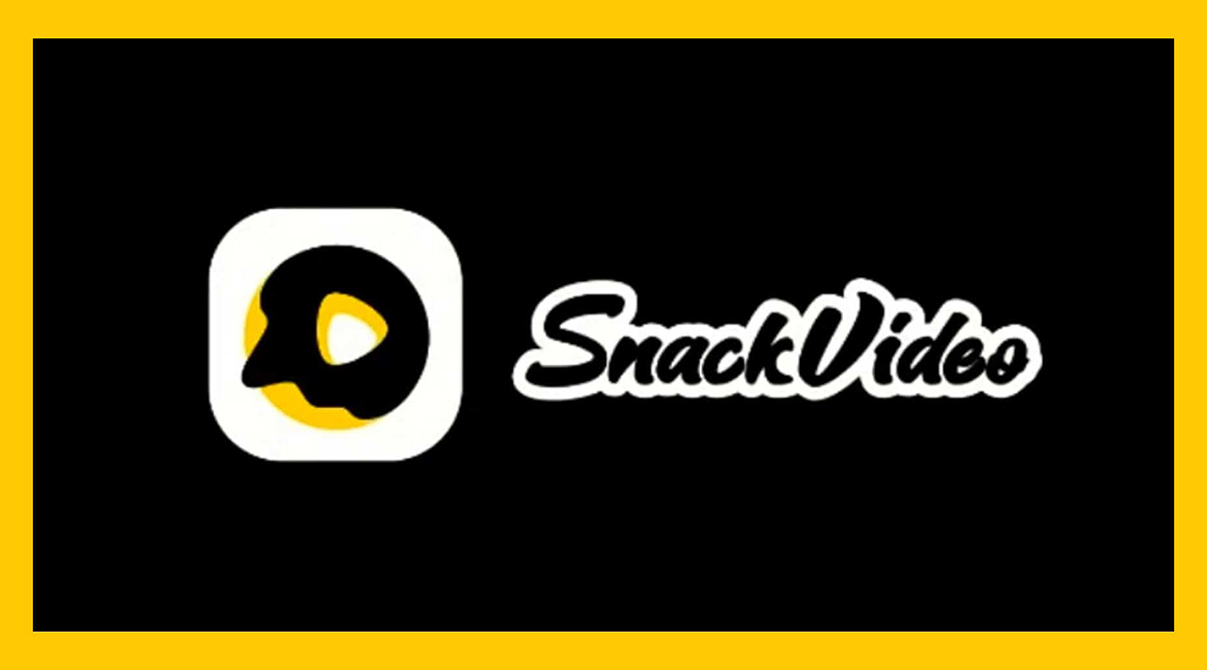 Earning money through various of Tik Tok’s methods may appear too tedious for some to follow. They are difficult to get a grip on. Therefore, it is easy to get into an app that offers attractive methods of earning money, like Snack Video. Snack Video allows its users to make money as they live stream. Viewers and followers of an influencer can send them gifts. It’s mostly in the form of money when they are watching live streams. These are withdrawable after a live stream session is over.

Also, when a user invites their friends to SnackVideo with a referral link, they receive 500 PKR per follower. These ways of earning money are definitely better. It’s better than investing so much time and effort with TikTok’ 1000 followers program, ads programs, and collaborative programs.

TikTok has recently started to offer its users an engaging way to earn through referral codes. Inviting friends to TikTok with a referral code will result in one getting the reward of 440 PKR. Despite all these efforts by TikTok, SnackVideo’s earning system has shown more promise to the users and content creators.

Recently, India banned SnackVideo. The government decided to ban the app at a time when it was surging in the country. There were more than 35 million downloads in 30 days. The app is outperforming other apps by Indian creators. Therefore, to boost them, the government had to ban SnackVideo.

TikTok vs SnackVideo: What is your preferred platform for recording and viewing short videos? Do you have any suggestions to make the experience better and holistic for the influencers and followers alike? Let us know in the comments below.

Take Control of Your Financial Future with Trikl