Entrepreneurship is not just about coming up with a new idea and starting up a business to serve the society. It is a long journey with various other options to explore your inner potential. You just have to be persistent in terms of your decision making and collaboration with your team and success will start knocking at your doorstep with each innovative idea that you present before the society. This is something that the top Pakistani actors have started to realize in addition to their talented voice, acting and on stage performance skills.

We have many success stories to discuss in the article so fasten your seat belts as you will get to know about the 10 Pakistani Actors who have launched their own initiatives and facilitate general masses based on their own areas of expertise. 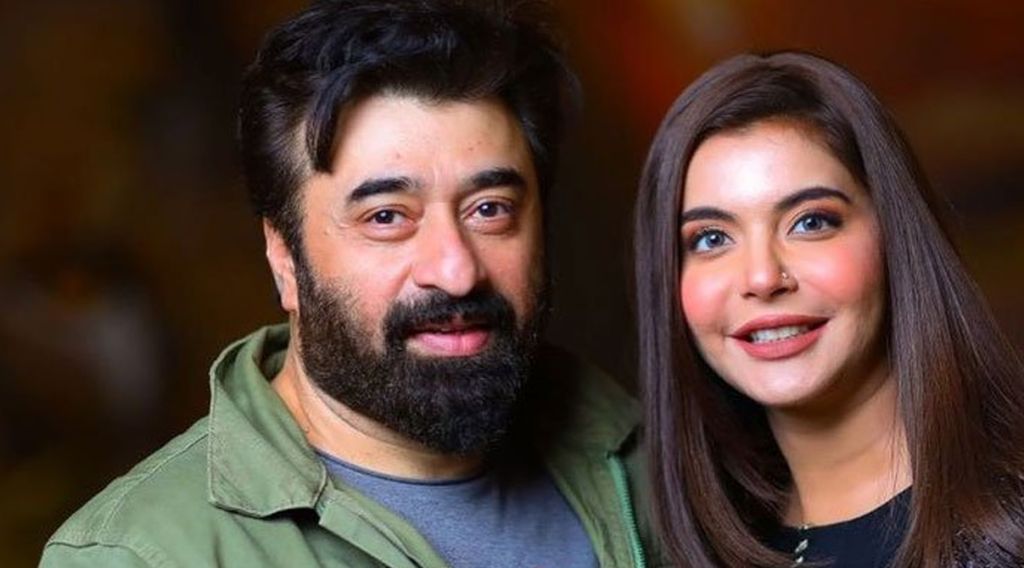 You probably remember the drama, Naadaaniyan that was telecast on Ary Digital TV in the early 2000s. The best thing about referring to that drama is the appearance of a family using their real names during the acting. The drama has given widespread appreciation to the famous couple of Yasir Nawaz and Nida Yasir who have initiated several projects including direction of several movies and dramas. Nida is currently hosting the famous TV show ‘Good Morning Pakistan’ in addition to acting in different serials. Furthermore, Yasir and Nida have launched their own production house titled as YNH Films as they tend to focus on reviving the Pakistani Film Industry. Both these Pakistani actors are carrying out an extraordinary job in managing these projects. 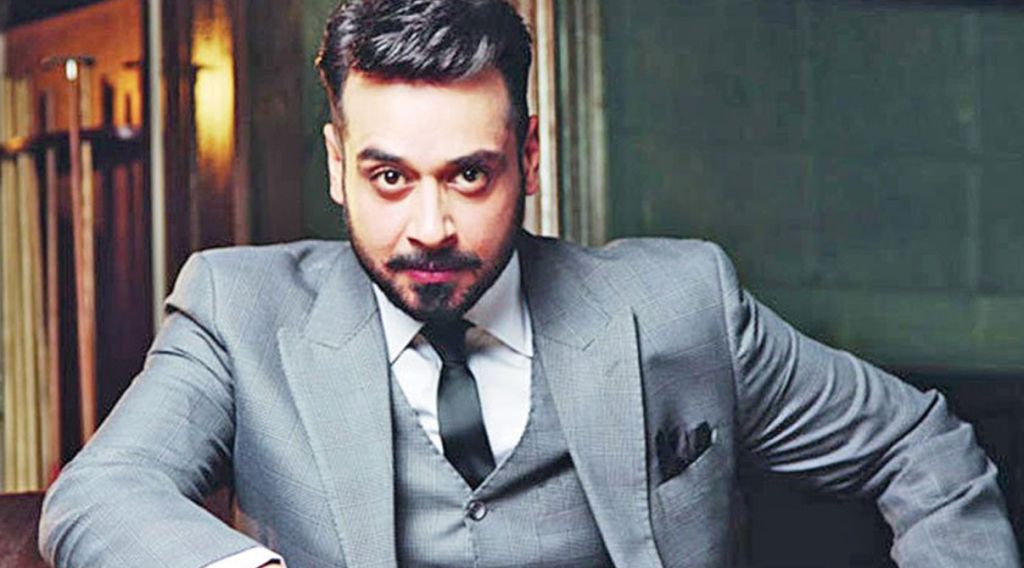 If you want to see the versatility in a single individual, Faysal Qureshi should be your icon. He is one of the famous Pakistani actors who started their acting career at a very young age. He has gained widespread reputation with different roles he has performed in different serials and plays and won several awards. But that is not the end of his successful journey. Rather, he joined the morning show industry and now runs his own TV show involving kids to play different games creating several opportunities to enjoy infotainment.

Currently he owns a production house named ‘Connect Studios’ where he is producing some audience engaging plays including the famous ‘Baba Jani’. The best part of his productions is that he plays the leading role in his dramas so that his fans may never miss out on some of the best performances of this great talent. Currently, he is working on the production of a film that is a surprise for his fans to discover. 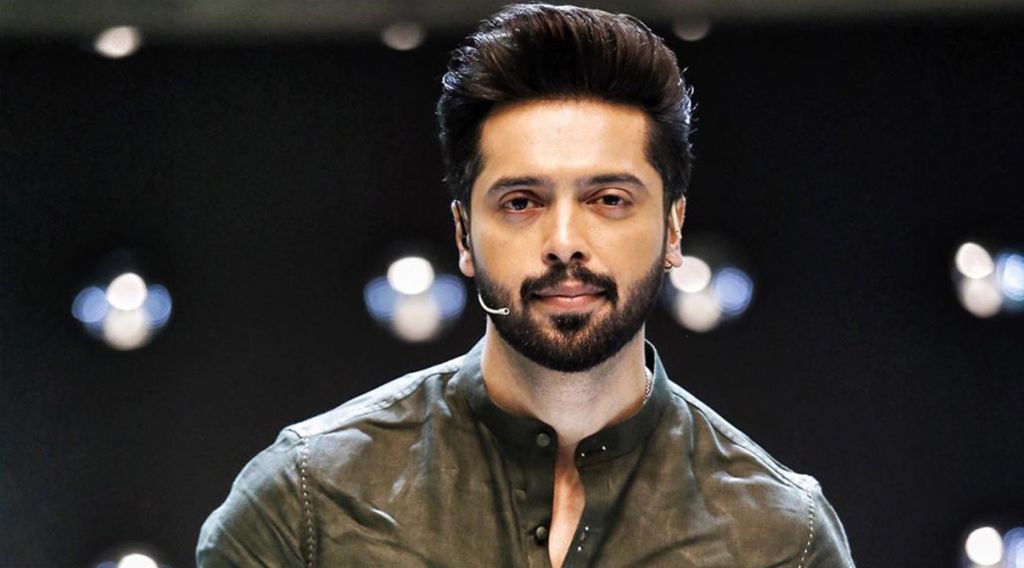 You certainly have some flashback memories of the legendary Tariq Aziz Show that was telecast during the 1980s and 1990s. The same concept was revived by a multitalented star of our drama and film industry, Fahad Mustafa. Born with the inner potential to give his best in everything that he does for the masses, Fahad provides some great opportunities for the audience to enjoy his performance as well as entertainment.

Jeeto Pakistan is one such example where he has gained country wide fame and distributed several prizes among the general audience. However, he never left his passion for acting. He not only works with several other producers in their dramas and films. But also owns his own production house named as The Big Bang Entertainment. The forum is being used to produce some of the renowned drama serials of the country as Fahad intends to portray a loving and caring image of the people of Pakistan. 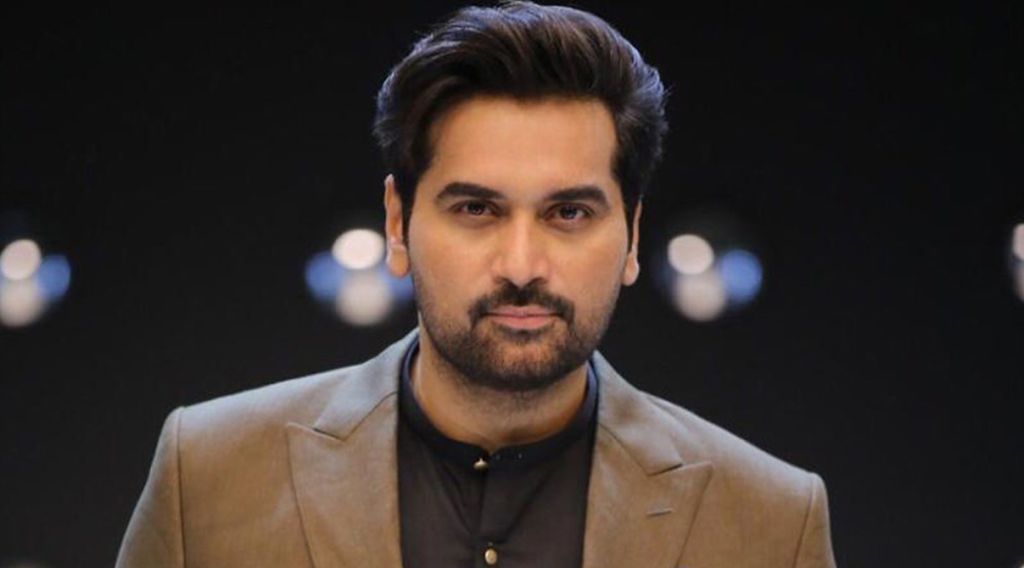 Let us talk about some of the leading Pakistani actors of  Drama and Film industry. Humayun Saeed is one of them, giving you quality entertainment through all electronic media as well as social media platforms. The star owns two renowned production houses of the country. Working day in and day out to give you the top quality content. If you want to see some of his best performances, you cannot miss ‘Yay Jawani Phir Nahi Ani’. In which he plays the leading role alongside Mehwish Hayat.  In addition, Six Sigma Plus and Epic Entertainment are contributing significantly to portray a soft image of the country. Due to his outstanding performance in all his roles, he has been rewarded with multiple acknowledgements. 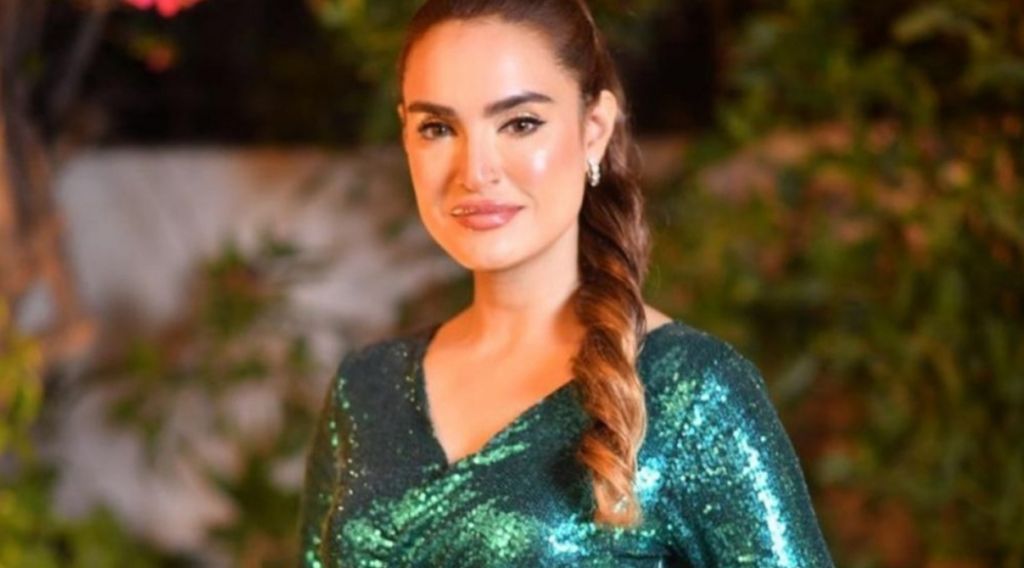 The renowned actresses are no way behind in the entrepreneurial race as they are putting in their best endeavor to provide the best opportunities to the general audience not only for entertainment but also for good health and care. In addition to her career as an actor, Nadia Hussain runs her own beauty and bridal salon in Karachi alongside her cosmetic clinic where she offers some useful procedures to nourish the skin. Furthermore, Nadia also owns a cosmetic brand named NH Bling Cosmetics providing some of the top rated cosmetics for the girls out there to shine and be presentable at different forums. Nadia’s clothing brand is also quite famous and catches the attention of several women of different ages due to the design and color combination that her brand offers. 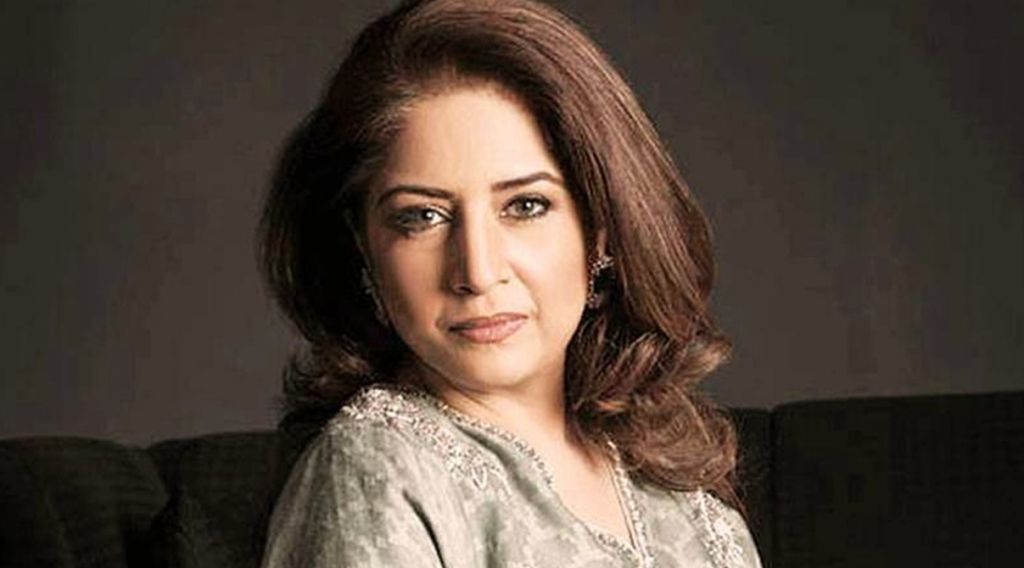 This legendary Pakistani actress made her debut by joining the entertainment industry as a model and actor. Although she kept climbing higher with her outstanding performance in different dramas known for her beauty and exemplary acting skills. She became the first Pakistani celebrity to launch her own make-up and cosmetics titled as Atiqa Odho Cosmetics. The brand gained momentum among the masses as soon as it was launched, inspired by the beauty of the lady behind the initiative. 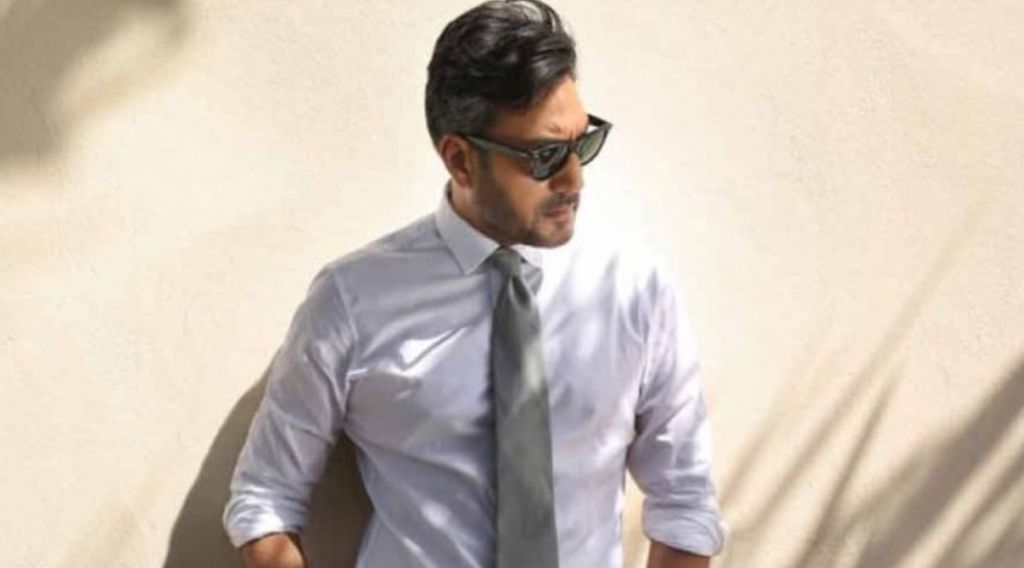 Another conspicuous name of our showbiz industry has ruled it for quite a while. And given a unique performance in every role. From the most popular Pakistani actors, he has performed in renowned dramas. Adnan Siddique wins the hearts of his fans by his acting skills and the potential of adapting with each script. His outstanding performance paved the way for him to become part of international film projects. Where his roles were acclaimed by different strata of the society. Spending years in this industry, he decided to launch his production house titled as Cereal Entertainment. Which creates dramas based on creative and unique narratives.

Related: Best 8 Pakistani TV Dramas of 2020 That You Would Want to Watch Again 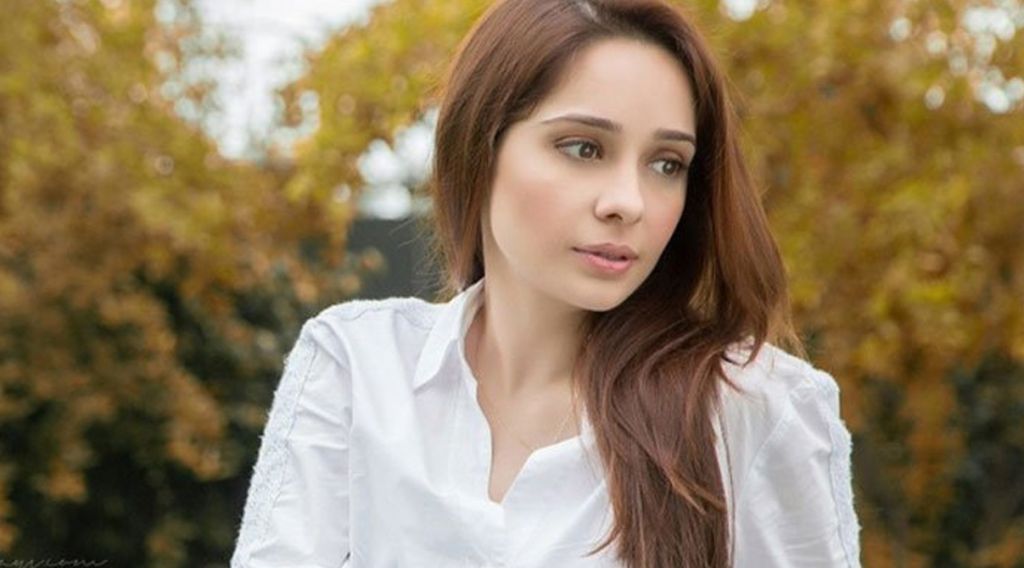 Our young stars are all set on a mission to revive our cinemas and film industry. By coming up with some entertaining movies with a strong plot and multiple themes. One such committed model is Hareem Farooq putting in her best endeavor through her production house IRK Productions. The films have already started to win the hearts of the audience. And they are eager to watch some all-inclusive films with some serious drama and climax.

Juggun Kazim is a renowned Pakistani model and actress who has taken up the responsibility of encouraging the public to take good care of their health as well as appearance. Having these ideas in mind, she started her salon alongside a gym. Which provides opportunities to women for staying fit and maintaining a balanced diet. Her salon and gym are being recognize for the quality of services provided to customers. 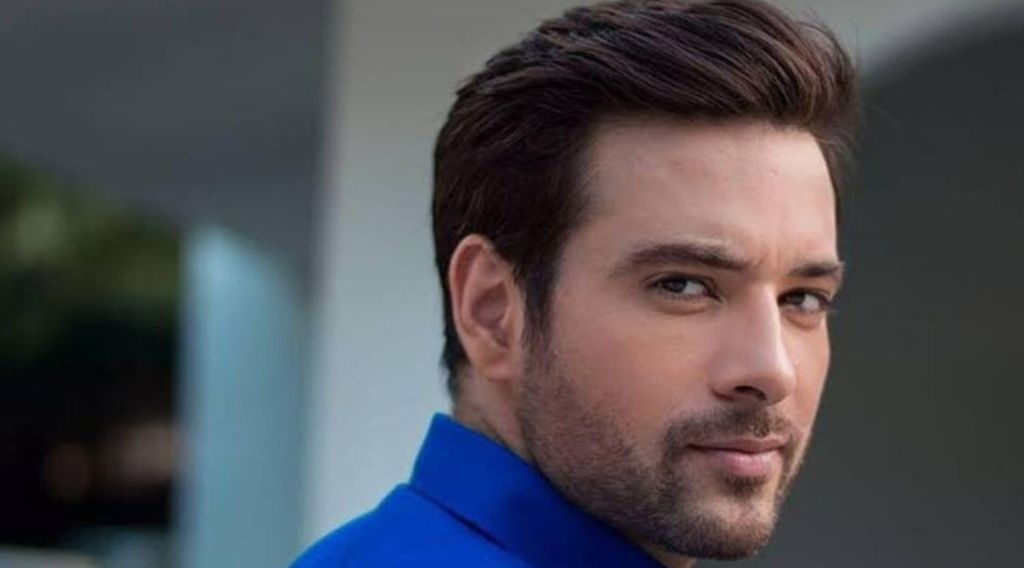 In case you have not heard about ‘Headlines for Men’, then you need to get serious regarding your hair care. Why? Because one of the famous Pakistani actors, Mikaal Zulfiqar has opened a salon for men. Who are conscious regarding the facial treatments and styling and trimming of their hair. This salon offers an easy access to the citizens of Lahore. Resultantly the business is expanding at an exceptional rate.

Why Are We Seeing Huge Spike in Graphic Cards in Pakistan?

The Most Beautiful Villages in Pakistan